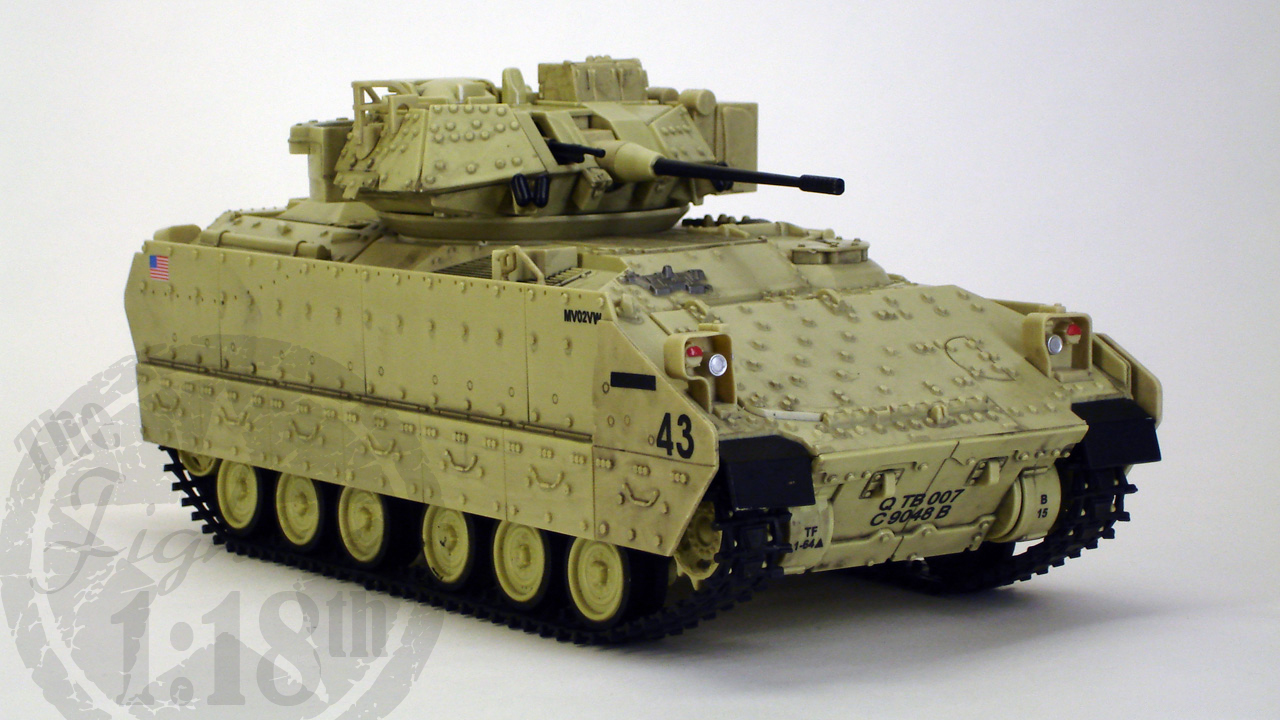 Despite this line, and its companion 1:18 scale figures, only being available at Target stores, Unimax’s Forces of Valor: Bravo Team has become a blessing for modern era 1:18 scale fans. Despite not having a lot of “action features” Unimax delivers extremely durable toys with an incredible amount of external details for the right price. The M3A2 Bradley is no exception.

Long ago I was a member of a “small” GI Joe website… I’ll leave it unnamed in our little article here. After a few weeks on the site I encountered photos of toys that would forever change the way I view military toys and collectibles. Some of the more learned members of the community were into true 1:18 scale vehicles. The more I saw of these amazing, real to life vehicles being used in member’s dioramas and photos, the more my lust for them grew. I was hooked. As with other infantry fighting vehicles, the Bradley is designed to transport infantry offering at least some armored protection while providing fire cover to dismounted troops and suppressing enemy tanks and armored vehicles. The M2 holds a crew of three: a commander, a gunner and a driver; as well as six fully equipped soldiers. The M3 mainly conducts scout missions and carries two scouts in addition to the regular crew of three. Introduced in 1988, the A2 received an improved 600-horsepower (447 kW) engine with an HMPT-500-3 Hydromechanical transmission and improved armor (both passive and the ability to mount explosive reactive armor). The new armor protects the Bradley against 30 mm APDS rounds and RPGs (or similar anti-armor weapons). Ammunition storage was reorganized and spall liners were added. The M2A2 was qualified to be transported by the C-17 Globemaster III. M2A2s will all eventually be modified to M2A2 ODS or M2A3 standard.