Merit International has posted up new pictures of some upcoming JS International 1:18 scale releases from the 2010 Hong Kong Toy Fair.

The confirmed JSI 1:18 Sukhoi SU-27/Shenyang J-11 was on display showing off a massive armament, but no landing gear was being used or was connected to this piece. Hopefully, JSI will provide a better solution for the landing gear on this spectacular aircraft rather than reuse the same flimsy gear system we saw on the F-14.

Also on display is the, until now, unconfirmed Series 2 F-14 based on the Iranian Grumman F-14 Tomcat. From the picture we doubt this is a production piece, but a mock-up to show what JSI wants the plane to look like. We’re hoping that the plane doesn’t turn into spot gate 2010.

There are numerous other things in the pictures that are shown as well. If you want to discuss those, please join the discussion at: http://forums.fighting118th.com/showthread.php?t=1852

Original source and photos can be found here: http://merit-intl.com/month/hktf2010.htm

Thanks to Fighting 1:18th forum member Beeavision for the information! 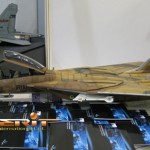 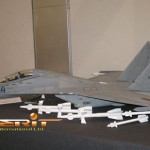 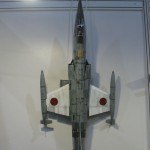 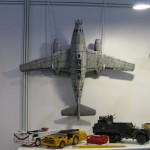