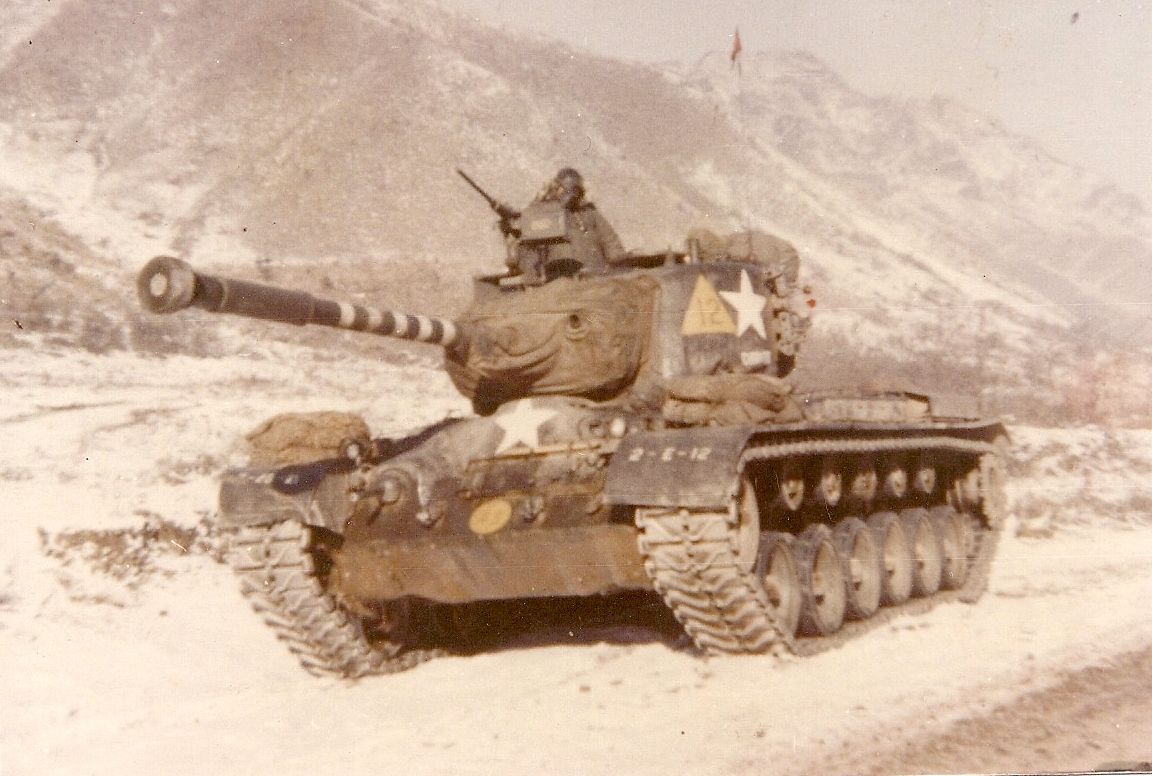 The M-46 medium tank was the first tank named for General George S Patton. At the end of WW II, an equipment review to update tanks required a medium tank of 45 tons and carrying a gun capable to defeating 8 inches of armor at 1000 yards.  Light, medium and heavy tanks were considered during this period of development. The M-26 Pershing was the standard tank, but was underpowered with only the Ford 500 GAA V-8 engine from the Sherman.  A new engine was being developed at Continental in the AV-1790 V-12 developing 740 HP at 2600 rpm.  The engine was tested in a modified Pershing chassis as well as the T-30 heavy tank under testing. The engine was highly successful and thoroughly tested, being improved to provide 810 hp and coupled with a new Allison CD-850 transmission. The new transmission served both as a gearbox as well as a steering device. The tank was shifted and steered by a “wobble stick” similar to an aircraft joystick, mounted to the right front of the driver, with a dual set of controls for the bow gunner.  The shift pattern was N-L-D-R front to rear with release grip at the back of the wobble stick to lock out N and R, to allow free shifting to Low and drive. Steering was simply moving the stick left or right.  Reverse was tricky at first as the driver had to steer in the opposite direction, ie; to back up left, the stick was moved to the right. An easy way to remember was to just think about which direction you wanted the front of the tank to move.  For a pivot or “neutral steer”, the wobble stick was placed in neutral and moved to left or right and the transmission would move one track forward and one backwards.  Earlier models had a finger switch at the top front of the wobble stick for the same action as the lower rear release grip, however this was discontinued as unnecessary.

Previous: The state of our hobby
Next: Cold Slither visits JoeCon 2010