Home > Conventions > SDCC 2010: Hasbro G.I. Joe booth Dioramas!
Here are some photos of the Dioramas that Hasbro set up for the G.I. Joe booth this year at SDCC. Here are some photos of the Dioramas that Hasbro set up for the G.I. Joe booth this year at SDCC.

They set up one diorama for each region that G.I. Joe will be pursuing Cobra in.

There is a wrecked City-scape, with nicely done destroyed buildings with little rebar strands and bricks. The scene has a Cobra group strolling down the street after a victorious battle. The second diorama is an arctic setting, with Joe and Cobra forces locked in battle, with Arctic Snake Eyes sneaking up on Destro. They did a nice job mixing existing figures with new figures that are coming out.

The third diorama is a really nicely done desert setting, with a great little hut that the Joes are defending against Cobra Commander and his forces. They did a bang up job on this dio I felt, really captured the desert setting. Finally, the last diorama is a jungle scene, with the Joes cautiously advancing through the foliage, completely unaware that two Jungle Vipers hasve their cross-hairs trained on them, and Firefly is plotting some demo-action from behind a wrecked structure.

These dioramas are pretty small overall, but completely work in conveying the setting behind each theater of war for the Pursuit of Cobra line.

Also be sure to chat about this in our Forums: Here 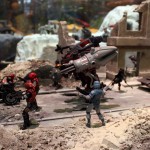 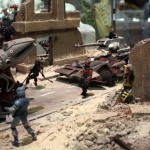 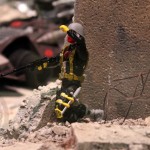 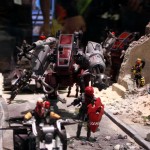 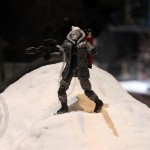 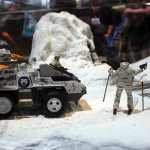 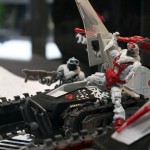 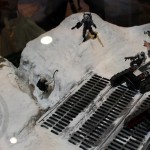 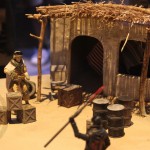 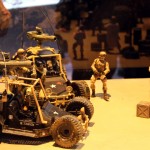 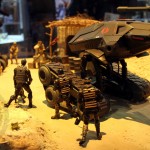 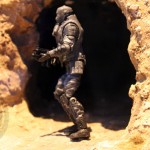 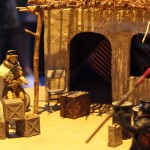 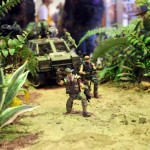 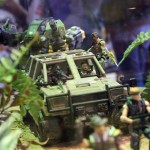 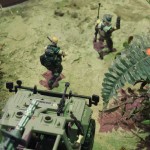 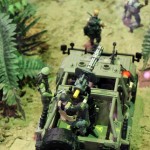 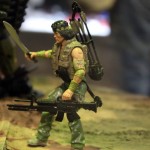 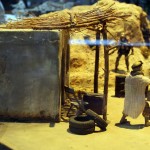 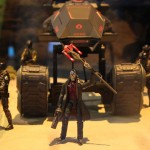 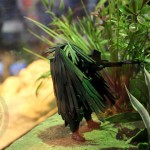 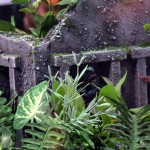 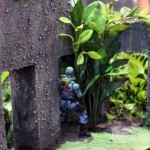