It’s been a while since I did a toy run sighting post, almost a year actually!

So today, I was driving through town and had a half-hour to kill so I decided I would stop by one of the local Big Lots stores to see if they had gotten in any of the Rise of Cobra (RoC) figures in cheap. I figured most of the stores have stopped carrying the RoC figures, and they should start showing up in discount stores before too long. There was no RoC figures to be found, but they did have a couple sets of the G.I. Joe 25th Anniversary figures, from the Airborne wave. I managed to pick up 3 Airborne figures and 1 Cobra EEL figure. They had some Cobra Bazooka troopers, but I passed on them.

I couldn’t see any Power Team Elite (PTE) stuff on any of the shelves, so I kept looking. Down the next isle I found that they had moved all the PTE stuff to their own section. They also had three figure set things, one with a camel, one with a horse, and one with a little raft. Nothing too exciting in them, but they did come with a nice assortment of accessories. I also saw that they had S.W.A.T. type figures, which I hadn’t seen before. They had two different figure sets, with different equipment. They included a riot shield, a K9 and a bunch of other random “city” type accessories which could come in handy.

They also had a “SWAT Rescue Helicopter” Little Bird, which comes with rocket pods and mini-guns, perfect for ‘rescuing’ I suppose. This version of the Little Bird does not seem to have any decals or other markings, making it perfect for customizers. Finally, I saw a really cool “Main Battle Tank”, which looks a little small for 1:18 scale, but seems like it would fit in with the Unimax M1 Abrams in a pinch, and much better than the TrueHeroes version that I saw a while back at Toys R Us.

Sorry about the photo quality, I only had my camera phone with me in the store.

Please be sure to check out the full gallery below for more pictures! 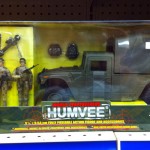 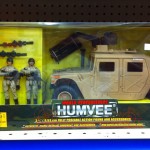 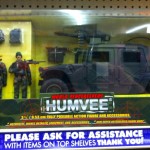 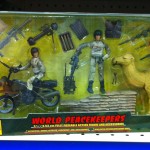 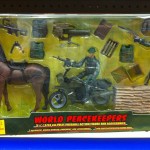 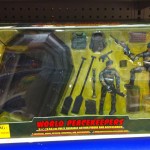 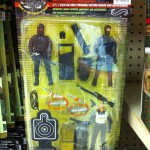 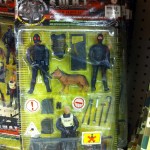 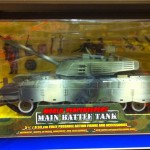 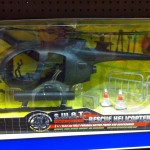