We have received some new pictures of the VF-154 F-14A from Merit, showing off a finished sample of the upcoming release.

They are in the process of stress testing it and generally roughing it up to make sure some of the flaws from the earlier VF-84 have been dealt with.

The new photos show some of the detail they are working on, like the removable  Pitot antennas on the cockpit, as well as the new load out that the VF-154 comes with. 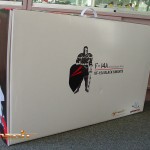 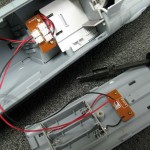 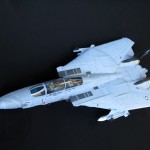 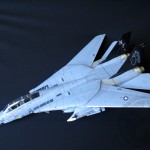 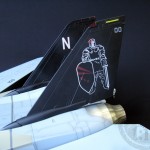 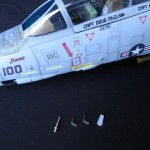 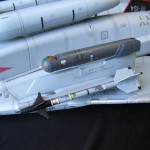 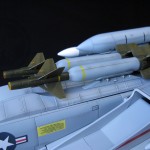 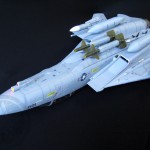 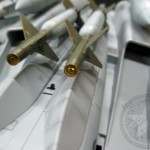 It looks like Merit has updated their website with some new photos and info for the upcoming release of the JSI 1/18th scale F-14 in it’s VF-154 “Black Knights” scheme.

This plane was previously only available at the San Diego Comic Convention (SDCC) in 2010, with only 30 or so of them being released.

The VF-154 SDCC version was noticeably improved from the VF-84 “Jolly Roger” release from the previous year, though it looks like Merit/JSI has made some changes to that model as well, with improved paint and detail work on the final version of the armaments.

Be sure to check out Merit’s website with more photos and info: Here

You can join in on the discussion about the new F-14 on our forums: Here!

Also, you can Pre-order the VF-154 “Black Knights” Tomcat at online retailers like www.MilitaryToyShop.com