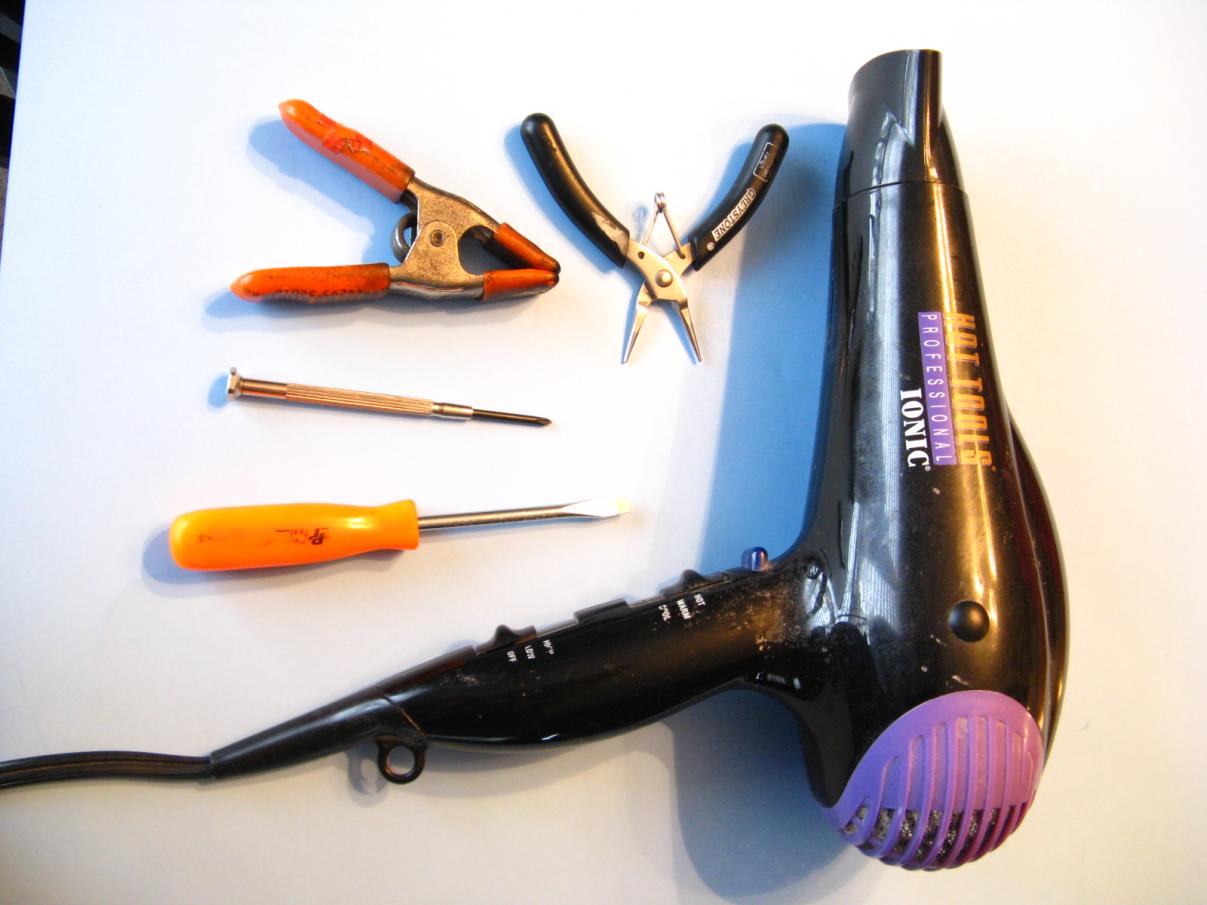 First, we’ll need to get together some basic tools that we’ll need for basic figure disassembly.

When you want to change out the basic joints on your GI Joe figures the first thing you notice is that sometimes they are stubborn. Hands, elbows, and ankles are the easiest parts of the figure to customize. We call this “popping the joint” because the pin is simply popped into a hole on the connecting limb to allow for movement. First time customizers may get nervous and might be unsure or even scared of where the breaking point may be on these figures. A lot of them can different depending on how they’ve been manufactured. The first, and easiest method of joint removal is to heat your water to it’s hottest point. Results may vary depending on your water heater, but it should be said that if you don’t see steam it may not work. However, please exercise some caution when trying this. If your water is to hot, you may scald yourself. Don’t put your fingers directly under the water, only the target joint you wish to remove. Hold the figure on the opposite side to minimize any harm to yourself. After a moment of heating the joint up, the joint should feel more rubbery.

If the joint proves especially stubborn, you might try the blow dryer method. Heat up the desired joint/part of the figure you want to remove in front of a blow dryer on high/hot for about 10-20 seconds. This should be a sufficient amount of time -depending on your blowdryer- to warm up the plastic surrounding the peg. Heating up the joint will make the pin slightly malleable and very easy to remove without snapping the peg off in the socket. The results should be similar to above, but if your water heater isn’t hot enough, this is your sure bet.

While using the blow dryer make sure it is spaced at least an inch or two away from the figure. Be sure not to touch any part of the figure to the metal heating elements of the blowdryer as it may burn your figure. DO NOT USE A HEAT GUN! A heat gun will turn your figure into a pile of goo…eventually.

After your joint is heated, you’ll want to quickly remove it. This isn’t as time sensitive as it sounds, but the joint will loose it’s heat over time and the level of malleability will degrade, so be fairly quick. A firm tug will take care of most joints, but for stubborn joints like the elbow and ankle sockets you may want to employ the needle nose pliers.

Take your small nosed pliers and pull at the peg you want removed at the base of the joints pivot point. It should pop right out. If it does not easily pull out, go back and reheat again a little longer. You do not want to risk breaking the peg. This requires a whole other tutorial to repair the broken peg, and I’m NOT talking Super Glue.

To reassemble the joint (not pictured) Simply reheat limb/socket and pop peg back in. No need to heat the peg or it may become soft, and we all know how stubborn a soft peg can be to insert into a hole.

This part is straight forward. Take out your small philips tip screw driver and unscrew the tiny screws on the inside of the figures thighs. Generally, there is no glue holding them together and they should simply pry apart with a finger nail. Occasionally however, some figures do have a bit of paint or adhesive holding them together. They will require a bit more work to get apart.  Once apart, the splits into two pieces and the lower leg will simply slide off of a peg it swings on. Be careful not to lose the very tiny rubber friction pad that gives the hip of the figure its poseability. Without it, the hip joint will be a loose, sloppy mess. I’m sure their is innuendo in there somewhere. Also keep your eyes on the screws. Both the friction pads and screws can be hard to find in carpet. Heat the lower leg up in front of the blow dryer, focusing on the knee pin area, following the same procedure as popping joints. This will make it easier for the knee peg to come out. Now bend the knee back so its at a 90 degree angle to the leg. You’ll need it in this position to use as leverage for the screw driver. Identify the small headed side of the knee peg and carefully wedge the tip of a flat tipped screw driver between the knee and the top of the actual leg. Typically, this is the outside of the leg. Once you’ve gotten the screw driver tip between the knee/leg flap, wiggle and push the tip under the flap almost to the peg and use the knee as leverage to pry up on the flap, but not the peg head, making the peg pop down thru the hole. Then push down on the peg head with the screw driver tip to get it to come out of the other side of the leg. Be very careful, and pay close attention to the peg as you don’t want its head to snap off.

To reassemble,  just put the knee back in place and reinsert the peg. To secure give the pin a push with the screwdriver tip until you feel it click into place.

Previous: The Joys of Toys
Next: Forums took a beating