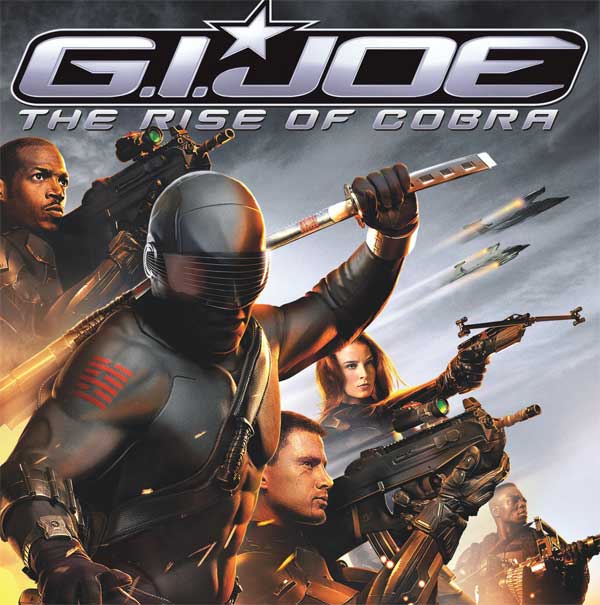 I was a child of the 80’s and like most kids I fell in love with G.I. Joe.  As the years went on and I got into video games,  I’ve always dreamed of a good G.I. Joe video game.  I’ve played the few games that have come out and haven’t been impressed.  When the Rise of Cobra movie was announced I was excited for the release of the video game.  It’s frustrating that most movie based video games have a reputation of being low budget,  rushed and frankly just not very good.  This game is no exception.

After reading some previews and early reviews on Rise of Cobra I had made the decision that I wouldn’t purchase this game right away.  It didn’t matter how much of Joe fan that I was,  I wasn’t spending $50 for a disappointing game.  Another deciding factor was the disappointing film that the game was based on.  Fast forward a few months after the game was released,  I was able to score the game at a discount price. RoC is published by Electronic Arts and has a very Contra like feel.  If you aren’t familiar with the old school Contra games,  you should be.  It’s a classic game series that is a challenging run and gun shooter.  RoC is a intense run and gun 3rd person shooter with a fixed camera that is always hovering above you,  giving you a top down feel.  I’m a big fan of the high camera and really like that feature in 3rd person shooters.  Unfortunately the camera often hinders you instead of helping you and at times was very frustrating.