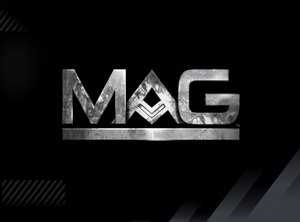 I remember when news first broke on MAG,  It was during E3 08.  I like many gamers were very excited.  It promised big things and a game on epic proportions.  When the game was released in early 2010,  it received decent reviews and had strong sales.  I was let down.

Before MAG was released,  it went through several name changes.  One in particular was called Massive Action Game.  The game eventually just went with the MAG title.  Massive is a good word to describe the game.  It allows up to 256 online players at one time. MAG is unique in the way that you have no option for a single player experience.  This First Person Shooter is a online only game.  No Campaign,  no co op campaign,  just online fun.  I often think and feel like many other FPS games should go this route as most players either play the campaign mode once or not even at all.  I must say,  not having a campaign mode just didn’t feel right though.  The game feels empty.

When you first start the game,  you must choose a faction.  Factions are called Private Military Company’s.  You need to choose wisely as once you pick a faction,  you are stuck with it unless you create a new character.  You have 3 PMC’s to pick from.

The PMC I picked was the Valor Company.  Valor is made up of US,  Mexico,  British and Canadian Special Forces and is the most familiar to me as I enjoy modern FPS games.  Other options are S.V.E.R.  which are mainly Russian,  China and India guerrilla war style soldiers and finally Raven Industries.  Raven is filled with high tech soldiers based out of Austria.

Each PMC has their own set of attributes and weapons.  S.V.E.R.  tends to be the most popular however I was happy that I picked Valor as I like their weapons more.  After you have selected your PMC,  you get to create your character.