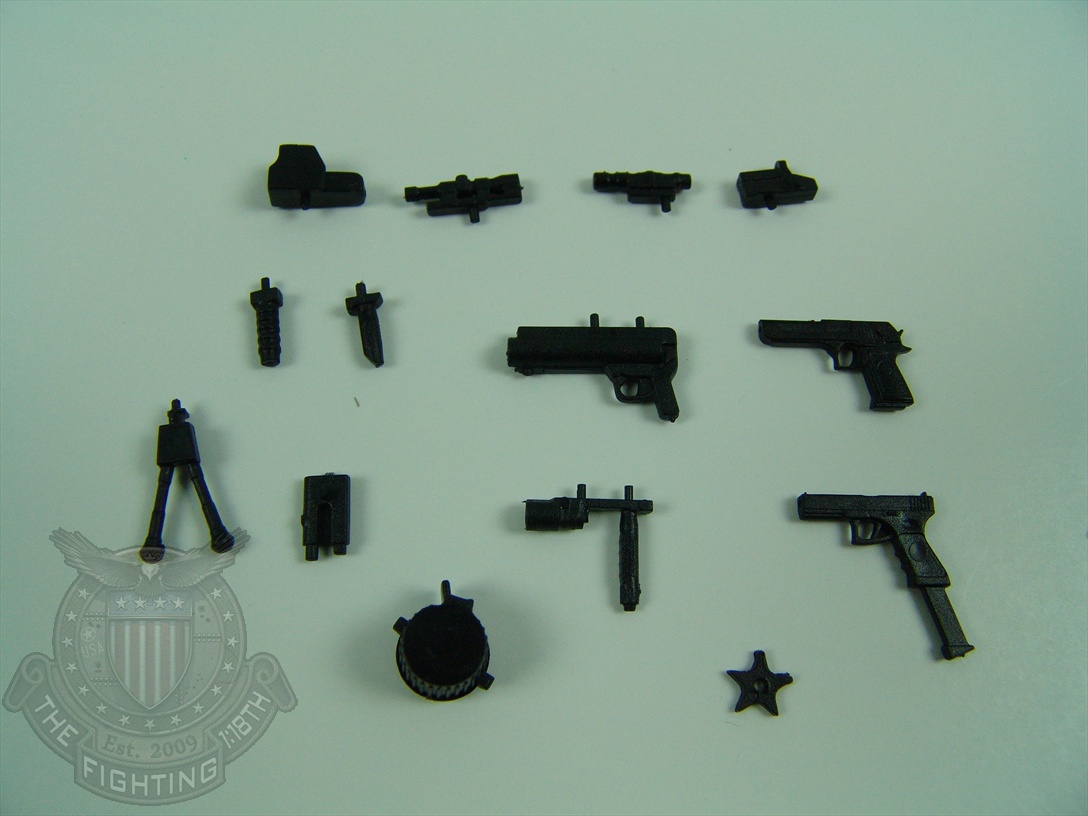 Well now that series 6 has been stocked and shipped, it’s time to look at some of the new items that have come out. Most of these have more “modern” looks and accessories to them ranging from the stocks to the picatinny rails.  Some of the scopes have been upgraded too along with a laser.  Let’s not forget a throwing star for your ninja’s too. First thing I noticed about these was that they seem to be more durable.  Most of the grips are thicker than some of the older waves as are the new stocks.  One thing that does though is stretch the hand of the figure you are using it with so be prepared to heat it up if you want it to handle some of the smaller items again.  Most of the weapons can be held in a fairly natural position too.  It is of course difficult to do with the scale but with all the fore grips much more is possible.  I was pleased to see the M200 was able to be set up so it seems like they are looking down the scope.  The AA12 is simply awesome. Something that will be a great addition to anyone’s 118th scale ranks.

There is so much customizing you can do to each weapon that you may want to put some extra money aside for this wave.  It’s pretty much chocked full of win.  The assault rifles have plenty of slots for accessories.  One thing you may need to do though is super glue them on.  There is a note attached with your order mentioning this so keep that in mind when buying because you won’t be able to switch parts out if that is what you like to do.  The AA12 was a major culprit of this.  The ammo drum did not want to stay in very well. The detail of the weapons is top notch too.  Then again, it usually is.  There really was not much left behind to make these seem realistic.  A little paint of them and people may not know the difference with the right picture.  Alright, that may be a stretch but you get the picture.