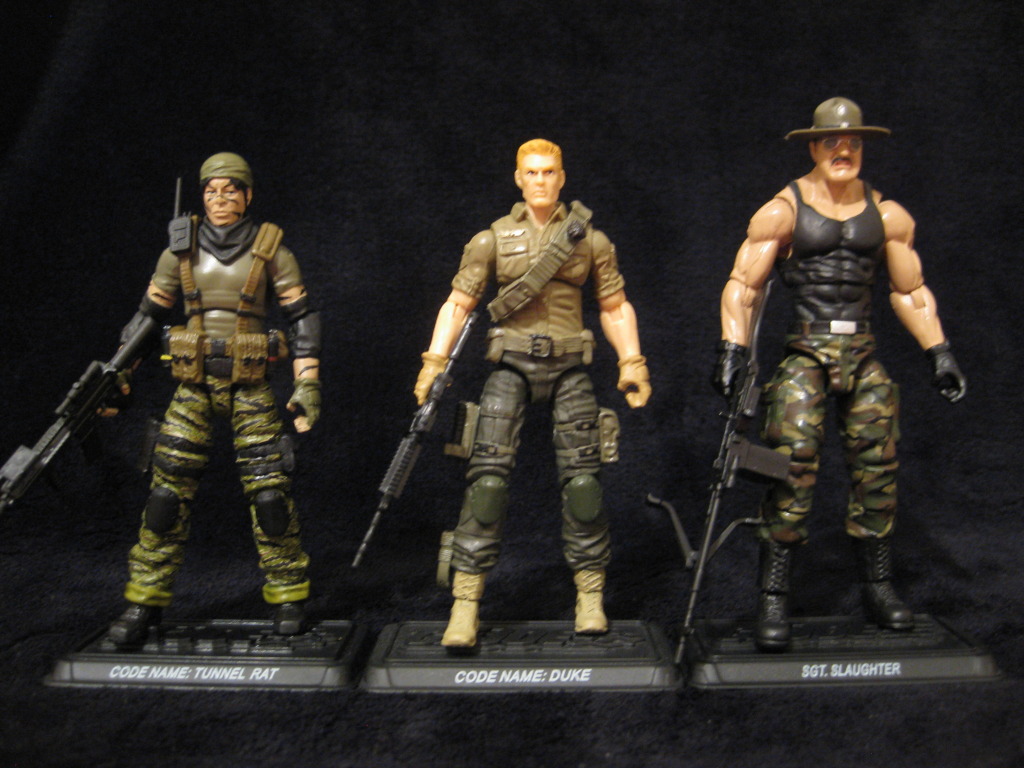 Cloud Strife did it again! He not only made another fantastic figure but he made another Tunnel Rat.  Never satisfied with his first two attempts at creating the popular G.I.Joe figure that was first released all the way back in 1987,  the third time is the charm.  Cloud Strife is a member of the Intel Division and the lead Moderator for the Custom Section at Fighting118th.com.  He earned this title with his outstanding work as a customizer.  Here is a quote from Cloud:

This is the 3rd Tunnel Rat I’ve worked on. The previous 2 were okay, but I agreed with the critiques I received regarding the last one I made. It took me awhile to figure out which pieces I was going to use, as I had decided to depart from his original design.  I wanted to keep certain elements a part of it, so the he would be recognizable, and I think I was able to accomplish that. So, I kept the du-rag, neckerchief, greasepaint and untucked pants. As far as the palette goes, I decided to give him something a bit more militaristic: OD shirt, du-rag and gloves with Tiger Stripe pants. Below is the full Recipe:

Make sure to view the Full Gallery of Tunnel Rat as well as some other amazing customs by Cloud on Page 2!