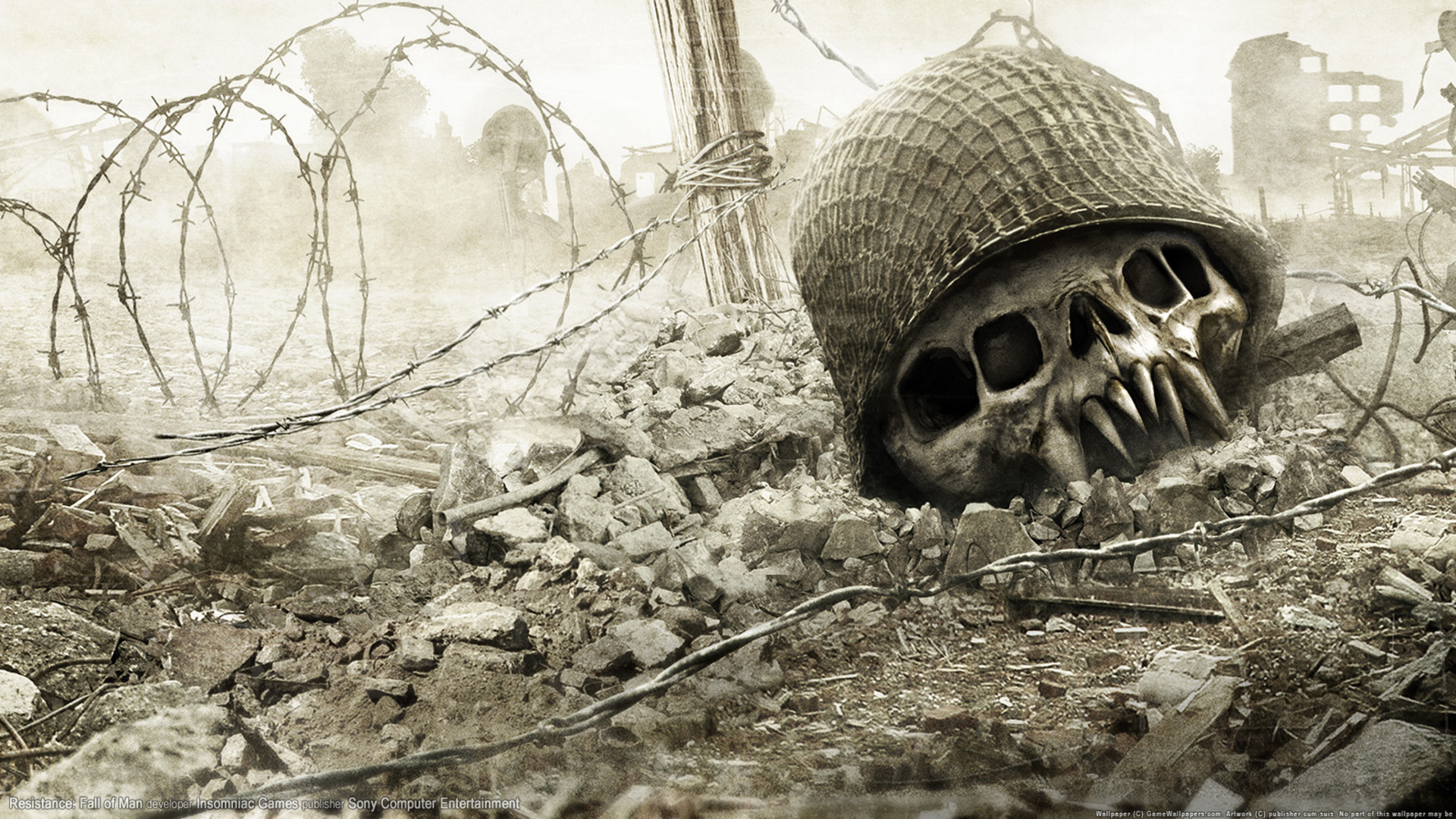 November 2006,  the Playstation 3 was released and a “system seller” came out along with it.  The first must have game for the new system,  Resistance: Fall of Man.  Resistance is a first person shooter that takes place in 1951.

Glancing at the game,  you might expect this to be a World War 2 game but it’s so much more.  The setting and story is what attracted me to the game so many years ago.  In the 1930’s a alien race known as the Chimera land and take over Russia.

By 1949 the Chimera have conquered Europe and are ready to completely take over the United Kingdom thus causing WWII to never happen.  Even though WWII never took place,  the setting is still relevant to world history. We were still focused on War and weapons during the 1940’s.  Only now we had this advanced alien technology to speed along the process.