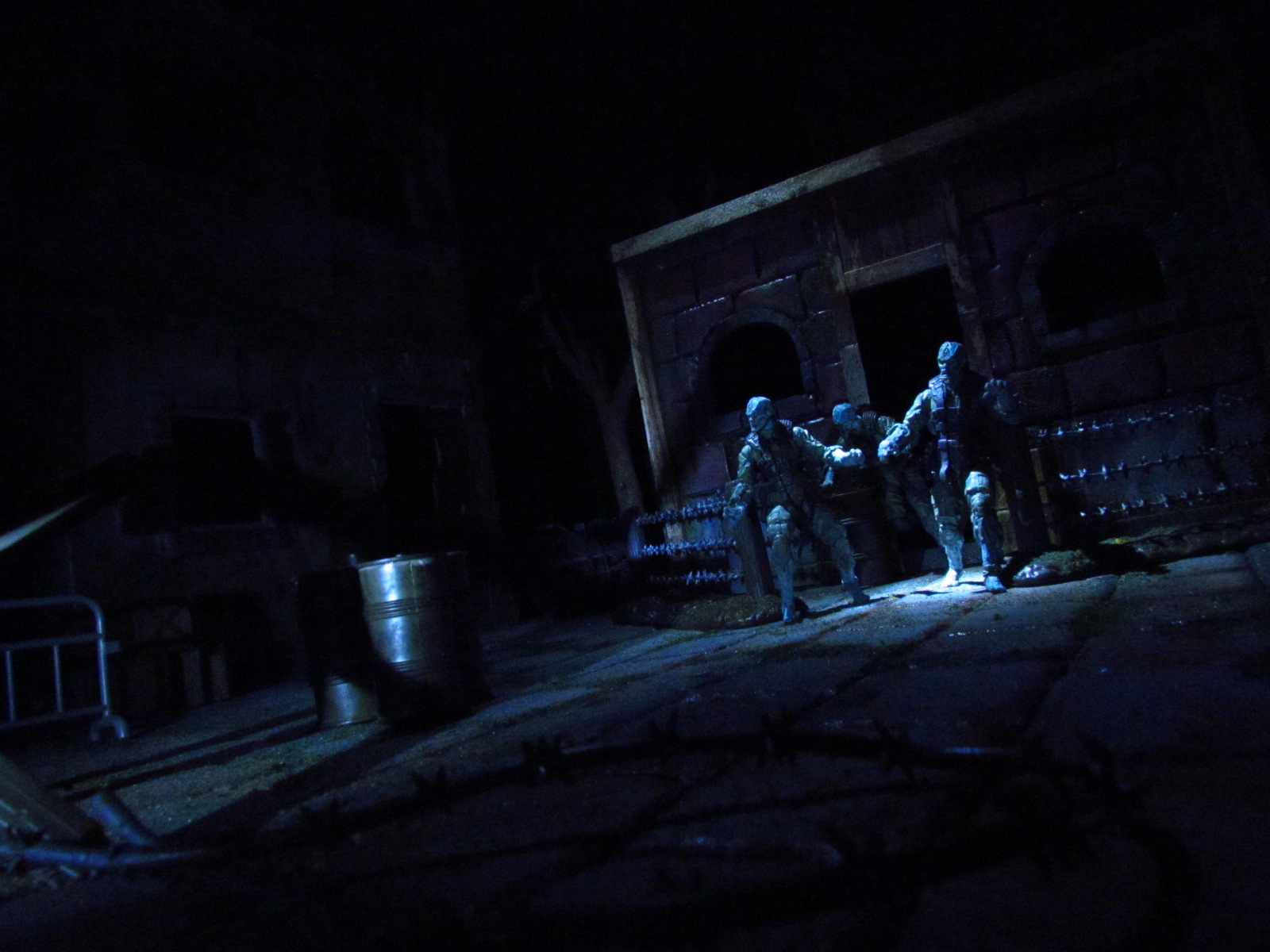 Here at the fighting 118th we appreciate all the great pictures and customs that everyone shares with the site. To say thank you we do a member highlight on occasion to showcase a member’s work. Footloose is the most recent member that has been chosen. You have probably seen his Z-wars action figure comic and also the thread that he shares his pictures with (along with the “one shot” thread). So from the 118th staff, we’d like to thank him for bringing his work over and taking the time to share some info with us. Following are a few questions that I had sent for a little insight on what got him into dioramas and photography.

Q: What got you into photography?

A: Honestly I just picked up my camera one day and started shooting pics. Mainly landscapes and wildlife. It was a reason for me to get outdoors and away from video games and pot. Lol. It was also a nice escape for me while struggling with some

personal issues I had at the time. The people I had around me at the time I did not feel were lifting me up (not that they didn’t try)and I needed something to keep my mind occupied and get me out of the house. For me photography did that. It gave me something to focus on other then the negativity I was feeling. For me walking a riverbank early in the morning with just me, my cam, and nature is a great way to clear my head of any problems I may have.

Q: How long have you been doing toy photography?

A: I have been into toy photography since late 2007. Around the time when the 25th line hit the shelves. I star t ed get ting back into G.I. Joe figs (toy collecting in general) and was checking out the various websites out there trying to find more Joes to buy. I came across a few forums where I saw people taking pics of their toys and their dios. I thought that was pretty cool. It also gave me a use for my figs instead of them just sitting on the shelf collecting dust. So I started taking pics one day. Needless to say when I first started my pics were horrible, bad lighting, lifeless poses, etc etc…. I eventually developed an eye for things, started paying more attention to detail, shadows, and crafting my own environments to bring my toys to life.

Q: I see that your Z comic is a second attempt at action figure comics. What was your first? A: My first AFC I started was back in 09. The title was “Along Came a Snake”. The story I had in my head was about a group of green shirts out in the woods protecting an underground bunker that contained some rare mineral. Zartan was a member ofthis group of green shirts at the time. Zartan ends up betraying the Joes (green shirts) and selling the minerals off to Cobra. Cobra shows up at the bunker and wipes everyone out on the outside of the bunker. The Genera; inside the bunker ends up working with Zartan to get the minerals to cobra. Duke gets shot up by the General inside the bunker. The General comes out of the bunker with the minerals and meets up with Major Bludd. Major Blood receives the minerals from the General and tells the General “Cobra no longer has any use for you” and shoots him. The Major and his crew fly off in their ship and Zartan rides off on a motorcycle..to be continued.  That is the first AFC I started. Never got around to finishing it. I became side tracked by a woman..lol

Q: What do you prefer more? Inside diorama photos or outside?

A: In my opinion I like them both. You can get some good pics inside your house and keep things to scale and have complete control over the setting. That’s the benefit to shooting indoors. However some of the environments outside you cant capture taking pics inside. If you want to get some good water shots you have to go outside. If you live in an apartment or do not have any good spots around your yard, go to a state park. Find yourself a nice quiet spot outdoors, where you feel comfortable and set up for pics.

Q: What photo shop programs do you use to fix up or add things to your pictures?

A: I use Adobe Photoshop 7 and Corel Paint Shop Pro.

Q: What is your favorite line that GI Joe has come out with?

A: Now this is a tough question. I’ve liked most of it. PoC and the 30th line I’d have to say have been my recent favorite. They really hit the ball out of the park with those figs.

Q: What is your favorite faction in the GI Joe universe?

A: I’m really not sure. When it comes to my joeverse they all intertwine together. If I had to pick i’d say Slaughter’s Marauders. Their colors schemes weren’t to crazy like some of the others. I’m not a big fan of bright colors on my Joes.

Q: Do you have anything planned for future projects like another action figure comic?

A: I’m going to continue working on Z-Wars, also been bouncing around the idea of trying out some scenes from old G.I. Joe comics with action figures. Thought this would be a fun project for me to do sometime.

Q: What type of camera do you use?

A: I use a Canon SX30 IS. Canon is my brand of choice when it comes to cameras. Ive never had any problems with them and they take great photos. The Canon SX30 IS also has a an LCD screen that swivels allowing for some incredible angles.

Q: Was there anyone that got you into action figure photos or was it something that you took on yourself?

A: As stated above, I stumbled upon some different boards where members were posting pics of their figures and dios. The one person whose photos always amazed me and inspired me to get better would have to be Speir from joedios. He is still one of my favorite toy photographers as well Falcon C and Fled74.