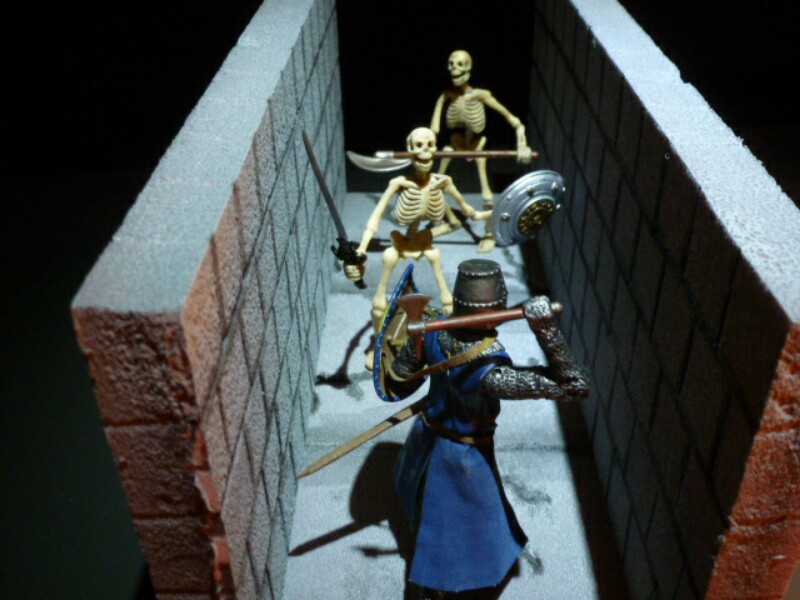 Earlier this month forum member Obi Shinobi shared with us his Work In Progress photos of his custom Diorama based on the Miniature Fantasy Board Game called HeroQuest only with one catch.  He’s planning on making the game 1:18th Scale!  I wasn’t privy to HeroQuest or any Miniature Game for that matter however after reading through the responses on the forum and doing some research on my own this is turning into one impressive project.  We have some big plans in place for Obi Shinobi’s Diorama in the future however in the meantime you can view some of his WIP photos on page 2 and check out his WIP thread Here

Obi Shinobi has sent out a Invitation to the Fighting118th to help create Fantasy Characters for his HeroQuest project.  The idea to to help populate the game board and potentially set up a live game between forum members at a TBA custom convention.  The custom convention is a idea that has been tossed around lately and is still in it’s beginning stages.  Obi Shinobi has stated that the TBA Convention would have a Slayer Con like feel to it, more on this possible Convention as information is released.  Below is a quote from Obi Shinobi on the Fantasy Character Invitation:

I’m inviting everyone to create a fantasy custom figure which could be used with the future HeroQuest styled game. I only ask that whatever you make, please try to adhere to some form of actual gaming characters. In other words – Skeleton warriors, Orcs, Goblins, Chaos warriors, Wizards, Dwarves, Barbarians, Elves, etc, etc.

Obi Shinobi has finished his first Fantasy Character,  a Chaos Warrior and forum member Daremo has already accepted the challenge and created a Chaos Warlock.  You can view both custom figures below and can discuss the figures Here This Diorama and board game has unlimited potential.  Want a chance to be part of something special?  Join the fun and start creating characters for a 1:18th HeroQuest.