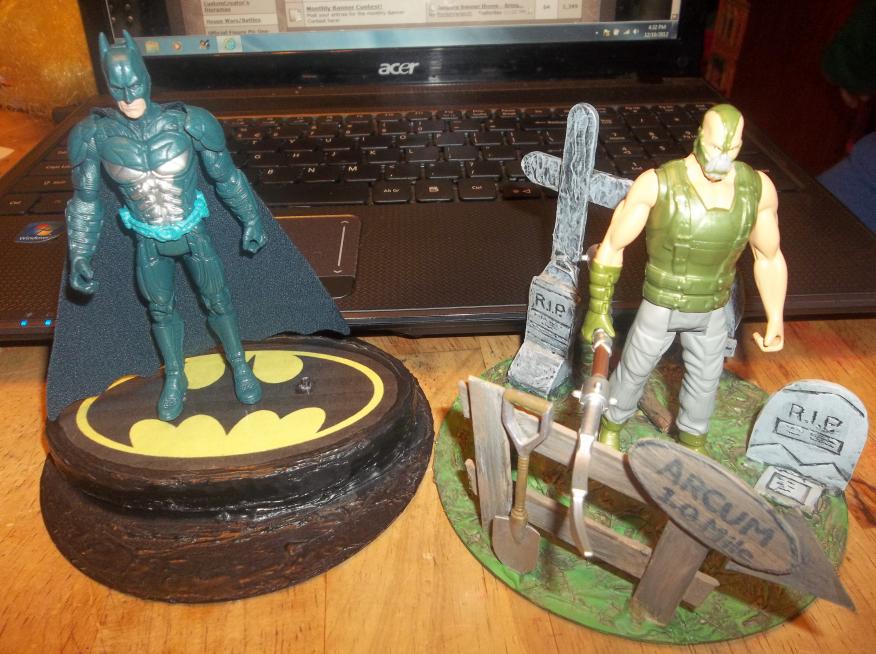 The Holidays are over!  No matter which ones you do or don’t celebrate,  one common theme is to show your love and appreciation through gifts.  Here at the Fighting118th it’s no different.  Every year we celebrate the Holiday season with the annual Fighting118th Toy Exchange and this past season was another successful event.  First we would like to give a big thank you to everyone who supported and participated in the event.  We enjoy having a smaller and closer community than the average site and it’s always fun to be able to put together a event like the Toy Exchange.  Second we want to give a thank you to Admin Major Blood for his efforts in hosting and organizing the event.  The Toy Exchange had a decent turnout and almost everybody received their gift by the deadline.

Like last year many of the gifts were G.I.Joe related however we did see a nice variety of gifts overall.  Officer Fled74 received the most controversial gift which of course was from Moderator Ewokhunter92.  Ewok enjoys sending out gag gifts and both Fled74 and his wife appreciated the gag gifts as well as the 2 Cobra Shock Troopers and Hit N Run figure.  Lancelot received a Dollar General Storm Shadow and Snake Eyes,  Officer Meddatron received a Dollar General Shipwreck and Duke,  and WVMojo scored a Rise of Cobra 3 pack.  Tr1er received a Cobra Trooper and a Steel Brigade figure,  Moderator Monkeywrench received a 30th Skystriker, MMorelock66 got a Dollar General Shipwreck and Spirit and finally Officer Slaymaker scored some Retaliation Troopers(Joe and Cobra) and a Avengers Hawkeye.

As for the non G.I.Joe gifts,  Gungho-Joe came out big with 2 Batman figures and 2 custom Diorama Sets from Officer Meddatron.  These were for Gungho-Joe’s kids which I believe is the first time we’ve had kids enter the Toy Exchange.  Obi-Shinobi snagged a Army of Darkness set that will be used on his HeroQuest project,  Officer Bravestarr was lucky enough to get some weapon sets from Marauder’s and Falcone, and Tria got a Luke Cage and Sub-Mariner figure.  Ridgeback received the OURWAR figure that he wanted,  Ewokhunter92 came out big with some LEGO mini figures and weapons as well as a custom SEAL figure,  Officer Fogger1138 received a gift certificate at Tofujesse.com and last but not least Officer Lunchbox scored a world Peacekeepers Patrol Boat and a sweet custom figure.

Several Photos of the gifts have been taken and you can view these photo’s on Page 2!  If I missed anybody in the recap I do apologize as I did have a lot to read through. Once again we would like to give a big thank you to everyone involved in the Toy Exchange and wish everybody a Happy New Year and look forward to continuing our annual event.