Since this uses the same sculpt as the POC Wave 3 version, it’s one of the best to date. No matter what idiot yammers on about how the Wave 4 “Ultimate” Snake Eyes is the best(even though he’s wearing a scuba suit,) or maybe it was the 25th HoH version, the fact remains(fact in my eyes anyway,) that this version is the only one that really captures the dual-role of Snake Eyes. He’s just as much ninja as he is a commando, and this one works that role without question. All the rest are just posers. 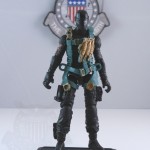 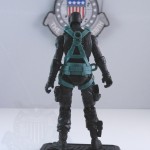 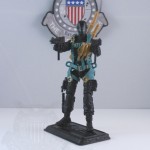 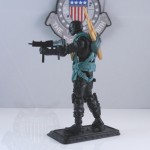 Articulation is as it was on the POC Wave 3 release. Head, shoulders, elbows, wrists, torso, hips, double-knees, and ankles. Despite the ‘simplicity’ of it all, it still works remarkably well, and takes to just about any pose you put the figure in rather effortlessly.

The only real issue I had with movement was due to the harness, which is a serious pain to remove, but I’ll go more into that later. 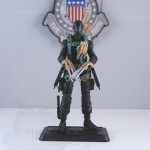 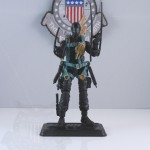 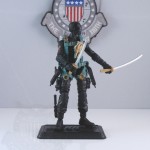 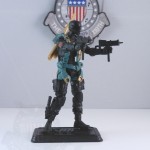