Late last month, it was being reported:

“A lot of places aren’t reporting this, but Hasbro actually has a new line on the way in 2013 for JP3D. Its going to be a limited run and exclusive to Toys “R” Us, but it actually includes the first new molds for JP in over 10 years.

Here are the items in this springs line, the item #’s are from the Toys “R” Us inventory system. 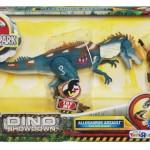 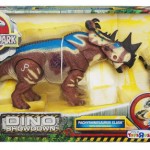 Hasbro is reporting the line should start shipping as soon as March 1st.”

I don’t know about you, but I’m anxious to see just what else is in store. It’s surprising enough to see that these figures are indeed being released, but I want to know if they plan on using the others as well. We’ll certainly keep you updated!

Thanks, Dr Syn, for finding this information and bringing it to our attention! Join in on the discussion HERE!