This is virtually the exact same figure as Renegades Storm Shadow, except the Red Ninja has forearm, hand, and shin armor, as well as the rocker ankles. They are minor improvements and neat additions to the mold, without changing the entire look. Much like I have mentioned in the past, while the rocker ankles are nice, they do prevent the pegs from being fully seated into the feet, because the pegs are longer than the holes available. A minor nitpick, but for those of us who display figures out of package and on stands, it’s an inconvenience. I love the rocker ankles on some of the figures that have them, but they need to work on the pegs and the hole in the bottom of the foot. 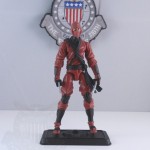 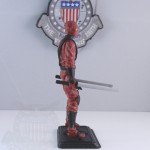 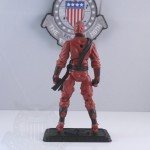 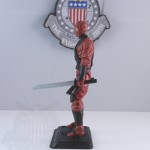 The Red Ninja has excellent articulation. Using the Renegades/30th Storm Shadow mold with only minor changes means that the articulation isn’t affected negatively. In fact, it’s improved upon in the Red Ninja, by adding the rocker ankles to allow for better ninja poses!

Head, shoulders, elbows, swivel-and-bend wrists, torso, hips, double-knees, and rocker ankles. For this type of figure, this is the articulation needed. 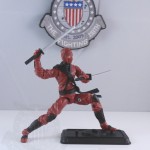 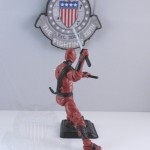 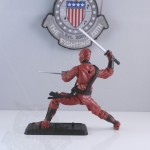 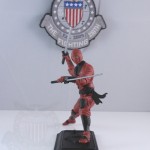