Superman Unbound starts out quickly with an escaped robbery happening via Helicopter. The robbers kidnapped Lois at the same time. Lois plays an extremely cocky, you can’t hurt me role to the kidnappers. Right when you think Superman is coming to the rescue, enter Supergirl. She is still the confused teenager, but she has an attitude in this one. An attitude big enough to give you the impression she really would hurt the villains badly. Just when you think it will occur, Superman arrives and fixes the situation.

The movie moves forward with Superman and Lois relationship when a meteor falls to the Earth. When Superman catches it you see it has Braniacs symbols all over it. It opens to reveal a very classic looking Robot. Turns out it is just a bot designed to search the galaxy for life for Braniac’s taking ala The Silver Surfer. Of course Superman destroys it.

Supes than finds out from Supergirl what/who Braniac is, and that Braniac was the cause of Kryptons destruction. Superman seeks Braniac out and fails to destroy him leading him to Earth for the ultimate showdown between the two. It is a very fun battle that Supergirl joins in on. They utilize the classic robotic Braniac look under his “skin”. Was nice to see that throwback to him in the final battle.

The differences in Braniac this time around are cool but kinda stolen. He is very similar to Galactus as he is trying to conquer, destroy, and control the galaxy. He was not made on Krypton or by Kryptonians, he is much older in this one and more similar to a single minded Borg. He is still machine  but he is integrated into a giant spaceship that steals and shrinks cities and species for his personal galaxy/museum aboard his ship. He can disconnect from his ship but never leaves it. He also has an army of robots. Quite more menacing than any animated vision of him before.

I really enjoyed this movie alot. They made Braniac much more evil and much cooler looking.  I give this movie a solid 9 out of 10 stars. DC brought it again! 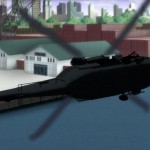 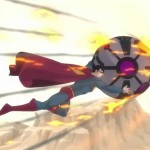 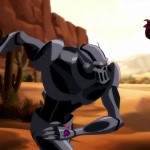 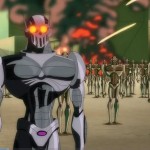 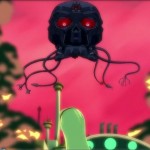 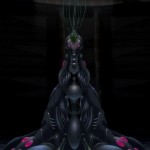 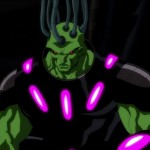 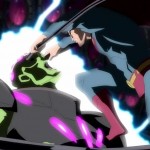 I would like to thank you for taking the time to read my review. DC’s next scheduled animated movie is Justice League – The Flashpoint Paradox later this year.