The Global Frequency is a crowd-sourced intelligence/rescue operation run by the mysterious Miranda Zero that functions using smart phones and a central dispatch system in the person of a young woman named Aleph. It’s made up of former special forces, police detectives, scientists and engineers, and other experts from all sorts of disciplines. They used to be covert, but the public is largely aware of them at the start of the story. 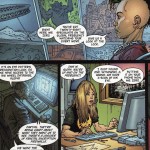 The series ran for 12 issues, from 2002 to 2004, and was collected into two trade collections (and later, an omnibus collection of all 12 issues). A pilot episode was shot for the WB but never aired, although it’s available online.

No superheroes but lots of science fiction here.

The artist for each story is different. Ellis wanted a rotating stable of writers to give the books an episodic, TV-like feel. The artists in this book are (in order) Gary Leach, Glenn Fabry (pencils) and Liam Sharp (inks), Steve Dillon, Roy Martinez, Jon J. Muth and David Lloyd. 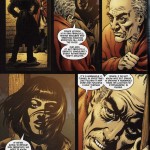 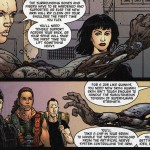 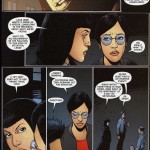 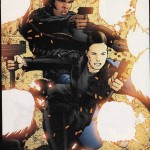 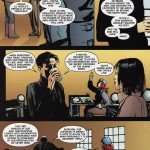 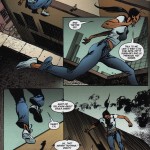 Previous: GI Joe Wave “3.5” on Ebay!
Next: Nightingale by K-Tiger