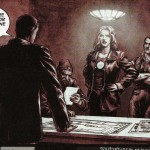 In the first story collected here, terrorists in Berlin are threatening to kill several high-ranking politicians, unless the Global Frequency can deal with them first. 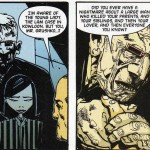 There are two direct attacks on the Global Frequency organization in this trade. In the second story in the collection, Miranda Zero is kidnapped and tortured while the rest of the organization struggles to find her. In the fifth story, we’re given an attack on the central command center and Aleph has to deal with it on her own. 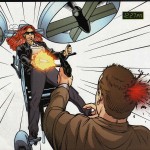 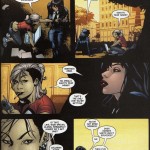 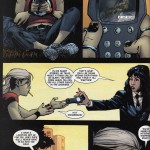 The third story has an agent who resigned from the Frequency being called back up against his will to deal with mad scientists doing unlawful medical experimentation. 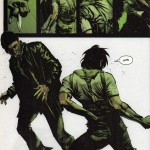 The final story in the collection has the entire organization trying to prevent an orbital satellite from dropping kinetic harpoons on Chicago.