Hurray! We get to finally see the Harrier! Merit had teased on their facebook page that they would be bringing some much anticipated models to the show, and they did not disappoint.

We looked for them on Preview night, but there was only a few pieces. Apparently the factory shipped Merit the test shot model in pieces, so they had to assemble it themselves, in their hotel room, without instructions. It turned into an almost 2 day process!

Finally, on Friday, Tony brought out a box of larger parts and started to do ‘final’ assembly on the Harrier at the Merit booth.

You can see in our gallery below, and on our Twitter page, it’s a work in progress. There are still final changes to be made, and some things to add. Here is a list of what we know now:

It will likely be released 1st Quarter of 2014. There is a possibility of Christmastime 2013, but that looks unlikely.

It will have electronics! There will be running lights and more, akin to the latest JSI F-14 release.

It will have USMC livery! No squadron or other details were given yet.

It will have movable exhausts, and they are linked so when you move one set it moves the rest. There are also small panels that will flip up so you can see the engine and insides.

It’s not huge! Seeing it in person, it is a LOT more manageable than the F-14, size-wise.

It’s been in process for over 2 years! Lots of delays and setbacks along the way, but things are moving forward now.

You may notice the nose cone was on incorrectly for the first batch of photos, thanks to K-Tiger on our forums, we had them correct it! There is supposed to be a metal bar, that allows the nose cone to swivel out, so you can see the Radar inside, but those are not yet in place.

The landing gear is also not done yet, but will stow on the aircraft and not have to be removed. They will be made of plastic however.

If you have any other questions about the upcoming model, be sure to post them in our thread here. I will be going back tomorrow, and can ask them then! I will be doing a separate post about Merit’s booth, and the other questions I asked them (A-10? Hind-D? More Hueys? Etc) 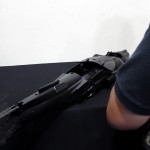 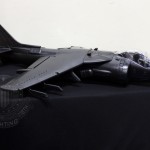 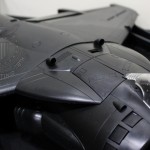 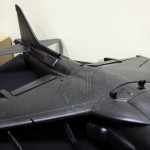 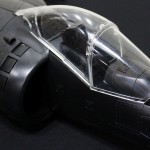 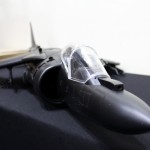 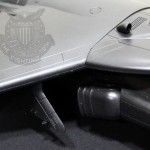 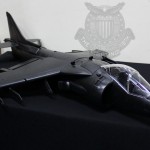 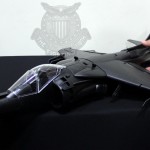 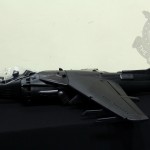 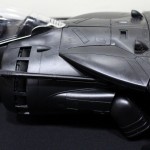 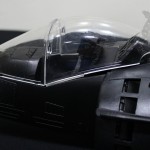 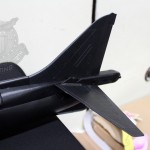 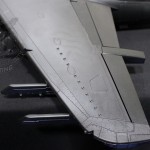 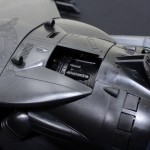 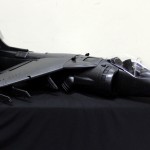 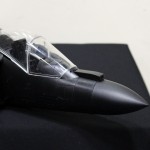 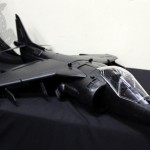 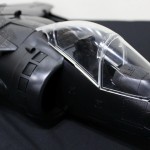 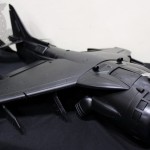 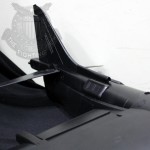 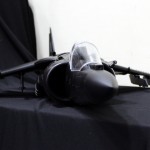