Overall, the sculpt isn’t terrible. It’s reusing Retaliation Mouse primarily, with a different head, arms, and some changes to accessories. The upside is that the mold was decently poseable, and looked modern military. The downside is that stupid neck-scarf thing, which just looks absolutely ridiculous. It didn’t look good on Mouse, and it doesn’t look good here. They should have gone straight-up Shock Trooper torso and omitted using this version completely.

Otherwise, the short-sleeved badass with a shotgun look is certainly achieved, despite the flaws, and has all the detail in the mold that was there on Mouse. 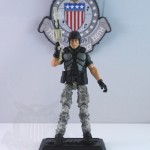 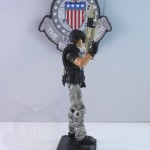 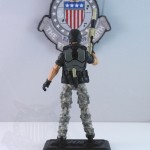 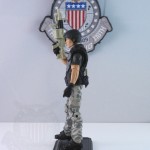 The articulation isn’t bad at all. The arms are less bulky than, say, Duke’s, so he poses better with a weapon. In fact, he poses better than Mouse with the vest on, who had some issues posing realistically with a weapon. I’m not certain if it’s a result of better arms and some minor retooling on the vest, or just a luck of the draw. Granted, it wasn’t perfect. Certainly doesn’t look as great as it might with some attention given via the Obi-Way, but it works well enough unmodded.

Head, shoulders, elbows, swivel-and-bend wrists, torso, hips, double-knees, and rocker-ankles. I think he’d benefit a bit from the normal ankles as a non-ninja, but they aren’t as off-putting on this figure as they can be on others. 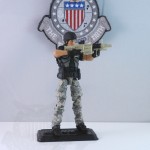 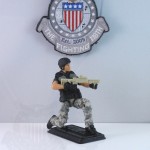 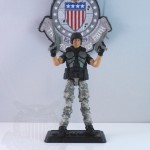 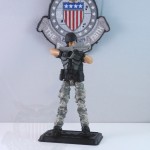 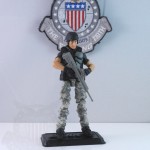 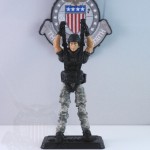