Shadow Fall introduces an Advanced Hovering Attack Drone called the OWL. The OWL is the most important feature in the campaign and is very useful. Using the unique touchpad on the fantastic PS4 controller to give commands, the OWL can hack servers, attack enemies, protect you with a shield and deploy a zip line. In past games you have a squad or a partner during the missions. In Shadow Fall, most of the missions are solo with the exception of your trusty OWL.

I loved the uses for the OWL. I will admit that the countless terminal hacks became tedious towards the end but the innovation with the zip lines was very cool. I had the OWL in attack mode most of the time and if you did get taken out and had adrenaline in your inventory, the OWL could attempt to revive you.

The controls as whole are top notch. I preferred the classic setting which is basically the call of duty setting which is the best setup ever for a first person shooter. The new PS4 controller is responsive, feels great and my favorite controller ever made so far. The touchpad that I mentioned before does take a few hours to get used to, however that’s only because I’ve never had anything like that before.

Graphically the game exceeds expectations. Killzone has always had amazing graphics and Shadow Fall is no different. I could go on and on about the power of the PS4 and this game but it’s best if you experience it for yourself. Shadow Fall features rich beautiful environments and impressive character designs.

Check out my impressions on multiplayer Here 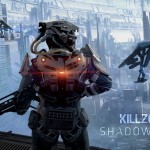 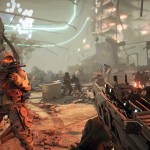 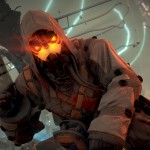 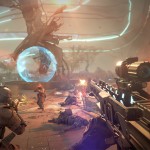