There was a wide variety of game types this past year. Some were simple, some were not so simple. Let’s have a look.

[Game] Patriotism – Hosted by Ewokhunter92 – This was a photo contest, here is Ewok‘s objective. You need to create a scene depicting something patriotic. Be it someone saluting the flag, a mock up of the tomb of the unknown soldier or a re-creation of a statue or painting. A bonus prize was available, but some Officer things stay as Officer things. This Game was won by NSA

[Game] One Shining Moment – Hosted by NSA – This was an essay contest, here is NSA‘s objective. For this game, there is NO customizing involved! All you need to do to win this game is submit to me an essay (length decided by you) on how you found The Fighting 1:18th, and what the site means to you. All of you are Officers, so you’ve donated to the site already, so I thank you, and want to know how you feel (

) about our site! – This Game was won by Meddatron

[Game] Strike A Pose – Hosted by Meddatron – Here is the objective. The object of this game is to be the 50th picture posted of anyone or anything in a martial arts stance or pose, not in combat. Example of anything would be, you guessed it, action figures. Can be online pics or your own pics. Post as many times in a row as you want. You can be the picture before the winner picture.  The 50 pictures must be different, If you post one that was already posted by you or anyone it will not count. – This Game was won by fogger1138

[Game] Fogger’s Puff Puff Pass Game – Hosted by fogger1138 – Here is the objective. To win, all you have to do is post! I’ve randomly picked a prime number between 2 and 15000. If you have the correct post number, you win and I ship you prizes! Participants are not allowed to post more than twice in a row! If the winning post is one that’s more than two in sequence from the same person, the number resets WITHOUT WARNING to a higher number. MUAHAHAHAHAHA! – This contest is still going as I type this.

Let’s take a look at some of the prize packages that have been won. 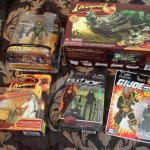 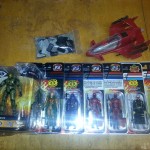 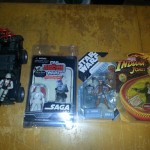 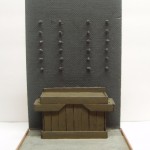 Thanks for reading and thank you to all the Officer’s who make this contest happen.

Previous: CQC Operator by TR1ER with QandA
Next: Dr Who 1:18 News