The sculpt is pretty good overall, considering it’s a hellish mishmash of parts that all seem to work pretty effectively. Most of them, at any rate. The torso and the associated vest come from the 30th Techno-Viper, the arms are from Renegades Airtight, and the legs and belt from 30th Sci-Fi. The legs, to me, are rather troublesome, and I don’t much care for them associated with the rest of the body. Every Sci-Fi I have owned has had finicky knees and ankles, and Cesspool seems to suffer the same affliction. That and the hips, which are so tight that getting decent motion out of them is a lesson in religion as you pray not to break something.

The head is certainly the star here. An all new sculpt, it highlights the disfigurement that Cesspool suffered from the toxic waste, leaving a gaping, horrible wound on the right side of his face, and a pale, white, blinded eye. They also gave him a distinctly manic look, which I think fits in perfectly with the character. One view shows the calculating businessman, and the other shows the psychopath who you know is just ready to pour toxic sludge into a city’s drinking supply.

I do wish they’d had the forethought to give him some kind of robotic/cybernetic right arm, but that’s neither here nor there. It most certainly could be there and just hidden under the sleeve of his hazmat suit. 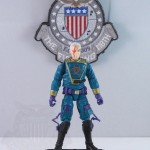 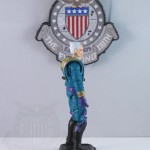 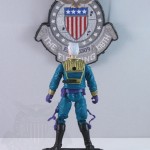 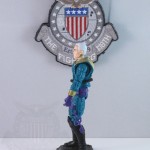 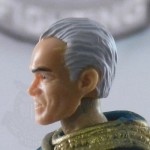 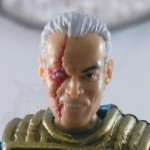 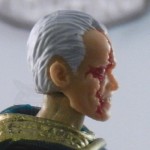 Despite what I find to be a limitation due to the legs, I can admit he’s got some good articulation. “Standard” for the line these days, for certain. Again, I have issues with the legs being a bit finicky, but once you can get him into a good pose, he held it pretty well. Aside from the hips, everything moves easily and with enough friction so you don’t think it’s going to fall over at any given moment. Besides the legs, my only other gripe here is a minor one, and that’s the fact the head is sculpted in a way that gives it only side to side movement, and doesn’t make full use of the ball joint.

Like I said, “standard” for the modern line, which is still above and beyond what we were used to as kids. Head, shoulders, elbows, bend-and-swivel wrists, torso, hips, double-knees, and ankles. I wish the head moved more, but beyond that, I can’t ask for much, because it’s all there as it should be. No trying to sneak in Retaliation wave 1 legs here anywhere. 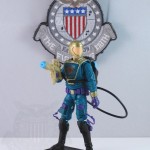 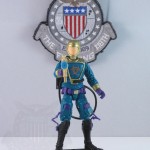 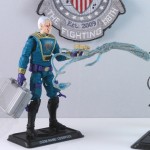 Previous: 2013 Photo of the Month Runners-Up
Next: Laurel is Coming?