Bright colors, frantic gameplay, simplistic controls and challenging. Those were my immediate impressions as I was describing it to a friend. He didn’t understand and asked me to compare it to a game. I gave it a thought and said “it’s like Defender on acid and steroids”.  I was blown away and I couldn’t put the controller down. I had to beat the game and after I did, I had to get the trophies and after I did that, I had to get high scores. It was so addicting and tons of fun.

Since this is a PlayStation Plus game and doesn’t have as much depth as most retail games, this review will be much shorter than my usual reviews however that doesn’t mean it’s any less of a game. In fact, I’m going through a huge backlog of games right now and I keep putting them on hold because I want to keep playing Resogun.

You only have 5 levels to play called Acis, Ceres, Decima, Febris, and Mefitis. These levels are very similar with some tweaks here and there. Each level has a final Boss that is usually the most challenging part of the level. To complete the Boss fight, you need to memorize their attacks and movements. The Boss fights are very nostalgic to the old 8 bit NES days.

You have 3 choices of ships to pick from. Nemesis, Ferox, and Phobos are the names and each one has different characteristics. You will need to complete the game with all 3 if you intend on getting all the trophies. I prefer Nemesis the most as he has a auto lock target system when the ship is powered up. I obtained all the tougher trophies using him and felt most comfortable. 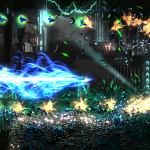 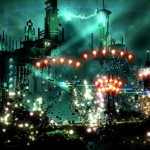 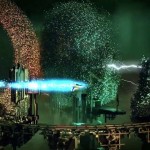 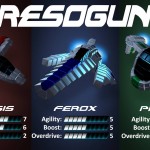 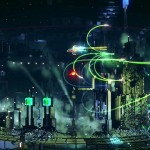 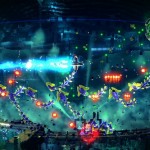