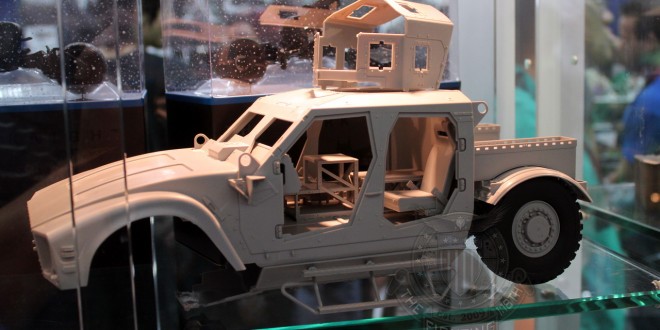 Merit International saved one surprise at the San Diego Comic Con for the last day. They had been teasing that the upcoming “1/16” scale M-ATV would be shown at SDCC, but it was noticeably absent from the booth when I visited them on Preview Night and over the next couple days.

When I talked with Tony, he had mentioned that he had the kit with him, but had not had the time to put it together, and he hoped to be able to by the end of the show. Thankfully for us, he made it just in time (mostly!).

Obviously it’s not a finished model, and Tony mentioned that most of the support materials were not finished or delivered yet, so he could not get the M-ATV together 100%. He did want to show off something though, so he finished the main chassis and put some other pieces out there to show scale. The M-ATV was purposefully made on the ‘small’ side of 1/16th scale, specifically to blend better with other military 1/18th scale figures and vehicles. After looking at the M-ATV in hand, I would have to agree. I think it should work perfectly with modern GI JOE (4″) figures, especially when they’re all geared up. 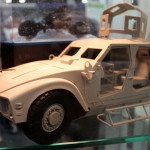 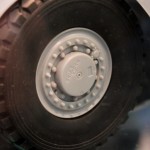 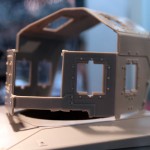 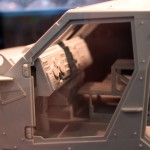 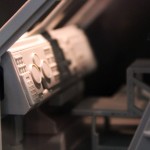 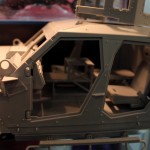 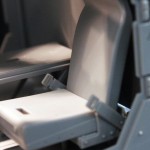 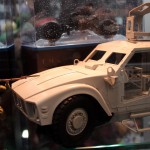 The M-ATV in real life is a lot larger than I had imagined it would be, so I feel that this model will go well with armor collectors, or people looking for something other than a HMMWV for transporting their troops to and from battle. They had a 1:18 scale Japanese WWII figure there for scale, though the 21st Century figures tended to run on the small side anyway.

Squirreled away in a box, Tony showed me the rest of the parts of the M-ATV that he had. They looked fantastic! There is a ton of detail here, and it looks to fit together rather well. Once ‘put together’, I could see a rough estimation of the final vehicle size, and it looks pretty good. It will be a nice piece to add to the collection for sure. This will be another model kit/pre-built hybrid, with the kit likely coming out first. Merit wants to make sure the upcoming 1:18 scale Harrier has all the painting assets needed, so they do not want to dedicate them to the M-ATV at this time. 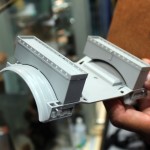 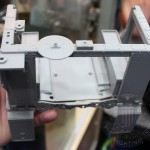 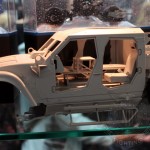 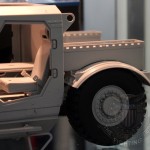 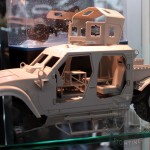 The gun turret is shaping up nicely, there will be plastic armored ‘windows’ all around as well. I got to see a couple of them, but the photos didn’t turn out very well. Just imagine thick clear-ish plastic!

The rest of the bits and pieces show equally as much detail. I really like the look of the .50cal M2 with gun shield. We compared it to the 1:18 scale M2 from Unimax, and it was slightly larger, but not ridiculously so. Larger GI JOE figures should have no problem looking right at home behind it. Lots of small details, “OSHKOSH” was stamped on a number of different parts, though whether they will remain on the final product is still up in the air. 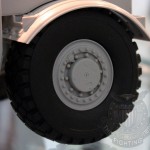 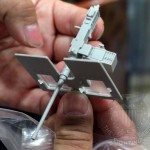 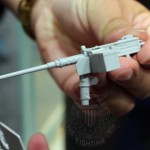 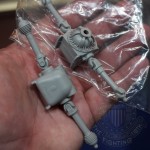 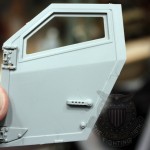 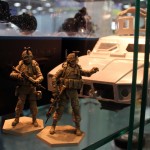 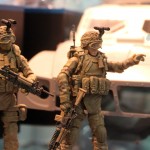 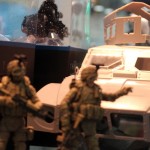 Finally, we put a couple of my figures up there to show scale, and I think they work perfectly. Obviously the suspension is not in place yet, but personally I won’t have a problem using the M-ATV (or 4) with my collection. There was no stated MSRP yet or retail date, but judging from the completeness of the kit, I would expect it in the near future. I also asked about the MaxxPRO that was also listed on their flyer, and apparently it shares a lot of design features with the M-ATV, so it should not be overly difficult to bring to market in the future as well.

I am looking forward to this release, hopefully they can keep the MSRP reasonable, and if successful, will lead to more modern vehicle releases.