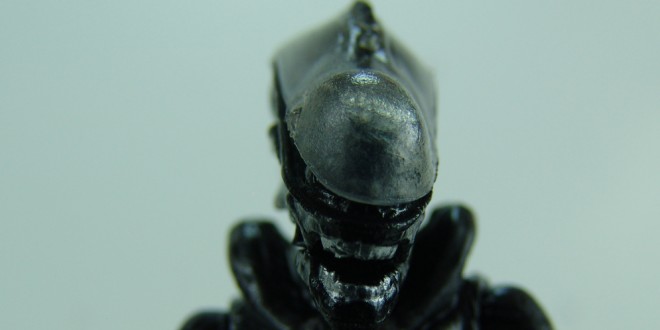 The Xenomorph Lurker is a silent, quick, and powerful Xenomorph. It has camouflage capabilities and a lethal pounce ability, perfect for surprise attacks. However, it doesn’t have the defenses of the other Xenos, meaning it can be easily killed. It’s best used for stealth or flanking while the Xeno Soldier distracts the Marines. It is based on Ridley Scott’s design for the Alien.  Hiya toys has brought to life this exciting line in our favorite scale!

Aliens: Colonial Marines is a first-person shooter video game developed by Gearbox Software and published by Sega. The game is set in the Alien universe and takes place after the events of the third film in the franchise, Alien 3 (1992). The game is the third Aliens title that Sega has produced: the first was Aliens vs. Predator in 2010, and the second was Aliens Infestation in 2011. The game was released for the PlayStation 3 and Xbox 360 video game consoles and for Microsoft Windows on February 12, 2013.