I like the sculpt on the Ex NEVEC because it works for a generic, no-name trooper. You could use quite a few of these as a squad for a specialized type of soldier. Most likely an escort group as most people will only get a few of the same figure. Toy Notch used a good plastic on the figures that seems very durable. The hands and feet are about the only parts that are soft. I do feel that the hands could be put in a better grip position. Out of the package they are not the best but do an acceptable job for the weapon they come with.

The figure does have a larger ball for the head. You can squeeze a GI Joe head on there, but you would have to do some light sanding to make it fit correctly. 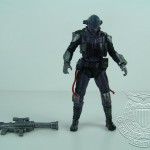 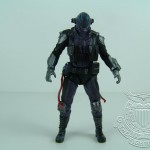 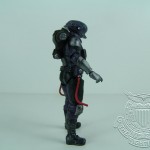 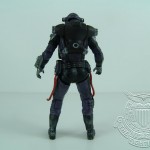 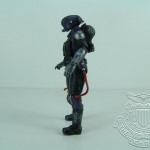 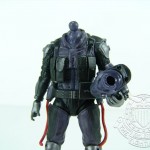 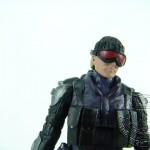 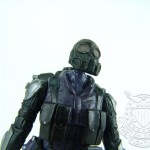 The articulation on this figure is pretty good. Because of the gear there is some limitations on the torso but most of the other parts move well. I have not been a fan of the upper legs that rotate at the hip instead of at the crotch, but in this case you can still pose the figure in quite a few positions. The hands have one that swivels up/down while the other is side/side. The feet also have a pivot point. Single knee and elbows. The head has a good range of motion considering how large the helmet is. The legs turn pretty far and swivel at the knee to move into better positions. Arms have a shoulder joint too that is very tight. 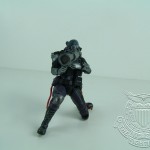 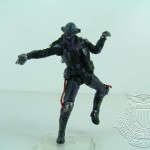 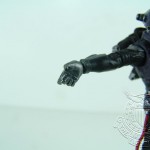 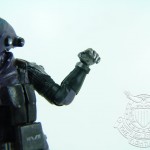 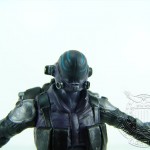 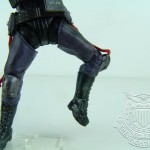 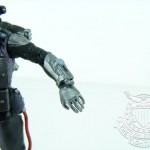 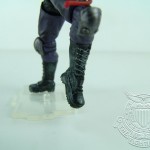