You are using an out of date browser. It may not display this or other websites correctly.
You should upgrade or use an alternative browser.
S

Sadly it feels not a lot of people like these. I for one love them! They look great. I am STOKED for the Golden ones and the Hammer Legion. My Goldens just shipped. Should be here by March.
J

The one all the way on our left (his right ) the yellow one reminds me of the cops in the fifth element when they are searching the apartments for corbyn Dallas. They are cool and I’m sure well made, but too sci-fi for my universe. I’m more modern military in my collection. The WWII stuff is great too but I promised myself I’m not going down that rabbit hole. I’m currently working on trying to make a city diorama in my basement with a base on the far right to display my vehicles and figures and have different scenes for toy photography. Something like digler had back in the day but not as advanced cause I’m not as talented lol. Every time I get a spare hour here or there I work on it. I should be done in the next 5 years or so lol. Only other thing I was very tempted with was hacks and fantasy stuff but I amazingly held back. I am a big Conan fan, lord of the rings, Krull, willow, game of thrones ( until last 3-4 episodes) etc you name it, but at 30 a figure and 40 a horse I know I will drop 5-6k easily. Maybe in the future when my modern set up is where I want it to be.... Your collection is amazing and I look forward to your videos.

Yeah, these do nothing for me, but glad some people are liking them.

I just have no room for sci-fi outside of real world near future like the Fear mech.

I’m not really stoked for sci-fi figures with oversized bludgeon/melee weapons. Besides modern and WW2 I prefer historical figures. Boss fight studios would sell me more product if they didn’t lean so hard on combat Wood sprites

Agreed, these figures look neat, but overall, they seem like they're from a video game or anime I've never seen. The hammers and axes look like something from Destiny or Final Fantasy franchises. Most of us on the site are interested in military figures in the WWII - near future timeframe, so the sci-fi route isn't going to get much traction from our small but loyal following here.

If they were $10, I'd probably spring for a few just because. But I have to REALLY love a 4" figure to pay $30 boutique prices, and even then I grumble about it.

That being said, I'm glad these exist for the people who are jonesing for 4" sci-fi stuff.
Reactions: Sgt301

True, because they have put out several sets that are in my wheel house. I really would love to see them do some regular old knights of the round table dudes and dudettes or Julius Caesar and some legionnaires that I could troop build a small “Legion” 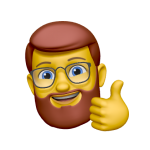