Conspiracy Theories That You Actually Believe 📡

Reminds me of Israel's Sampson Option... "We go down, we're taking you with us".

Mutually Assured Destruction is pretty much right down that same dark alley. The book series I just finished listening to (One Second After trilogy) explores that a bit - psycho elites set off (or at least have foreknowledge of) a WMD and act to assure they survive and have some power in whatever's left. Disgusting prospect.

I mean I can see some big bug coming along that is no one's direct fault too.

Possibly, but there are serious questions about such heavy hitters as Ebola and Lime among others. It's hard to know what (in the modern era) has come along naturally and what was developed during the Cold War. Heck, it wouldn't even take something new to take out much of the population. Reintroduction of Smallpox would decimate society.

That's interesting. I wonder what the ramifications will be for the Bush administration. Could it be a true (non-partisan) swamp draining we are seeing begin to unfold?

I really think that we are. The deep state establishment is CLEARLY fighting back hard.

Though I do often consider that the best way to take down a country is from within.

I don't know what amount of truth is in this meme, or where it came from since I saved it a couple years ago, but man, we're seeing a lot of what's listed taking place now.

Oh man, I stumbled on to a new conspiracy theory that is even greater than the hollow moon theory. Grab a stiff drink, a bowl of popcorn and type the words Tataria or Mud Flood into YouTube. I promise you won’t regret it.

That guy speaks slowly enough that 2x speed is easy enough to understand. Only a quarter of the way in but I'm already wondering, why would history lie about a "mud flood"?

After further perusing of YouTube on the matter, I’ve noticed flat earthers seem to be attached to it. It’s definitely a doozie.

Ok I'm not watching an hour video (even at 2x). Cliff notes?

NSA said:
Ok I'm not watching an hour video (even at 2x). Cliff notes?
Click to expand...
Plenty of shorter ones on youtube plus they sum it up pretty well in the first 10min of that one above.

Basically they are saying there was a mud flood that covered the entire earth in the late 1700's/mid 1800's as can be seen in countless buildings around the world that look half buried. Up until this time the nation of Tartary ruled the world and apparently had a form of free, wireless energy for all. The mud flood ended the reign of Tartary and those that were warring against them wanted to erase any knowledge of them and so killed all the adults. They then gathered up all of the children and shipped them all over the world to dig out what was left of the cities. History taught to those children and everyone born after is a lie.

They use pictures like this to prove the flood:

And old maps to prove Tartary:

The only thing that catches my curiosity beyond the ridiculousness of it all is that Tartary was/is a real thing on countless maps only 100-200yrs old, but we have never heard of it. Educators say it was a region, not a country. Weird.

I have not watched this one, but it's really short for you.

Sounds kind of interesting.. you'd imagine things would have gotten out by now though..

Interesting.. do the people not realize that roads/etc were not always the same height? That in order to put in cabling.. sewers.. etc they likely needed to raise the road height?

Nah dude, it was the mud.

They also say that these old buildings have basements that go down many, many floors.

Princess Cinderella has a dungeon! & its a pretty horrid place.

I just love that they brought out an A-10. 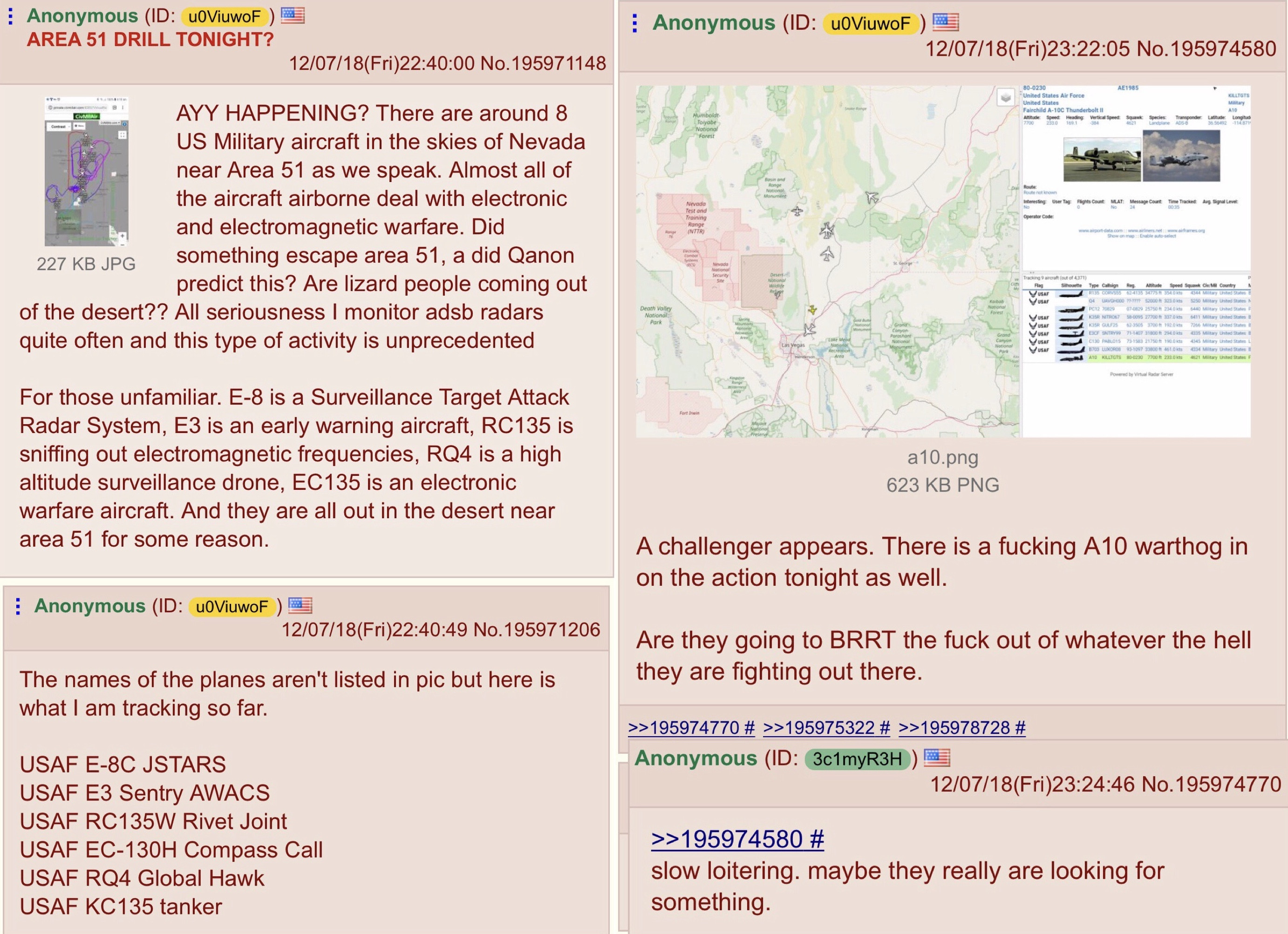 I’ve seen stories saying that A-10 that was stolen a decade or two ago was an alien escaping, so why not let this be one too. For me personally, when I see this much electronic gear in the sky around 51, I think they are testing a new stealth plane or new anti-stealth sensors.

Here's what was going on.

Not my theories, but I don't discount them.

"C'mon you nut jobs. There's nothing to this. Just a crazy conspiracy." Whaaaaa? SPLC is garbage. That much is documented. They group absolutely mainline, non-extremist Christian groups in with KKK.

Pretty cool and compelling trilogy of videos on the location of Atlantis.

Not as mysterious as Zero Hedge makes it seem. I did one of these in the late 90s, the first one I think. It was actually a really cool exercise. Basically, like the article says, it is a joint exercise for "forcible entry", ie kicking in the door to a hostile nation, and establishing an entry point for follow on forces. We flew from March AFB to Fallon Nevada at that time. I jumped in, but most of the entry force was 1st LAR Bn so they landed on a simulated hot air strip in C141s, with Cobras flying escort to suppress "enemy" resistance, and as soon as the C141 stopped, the LAVs came flying out of the back into an attack. Really cool. We had these pictures of the C141s flying about 20 feet off the ground and a Cobra on each wing tip as escort.

Anyway, it is an ongoing joint exercise and basically replicated flying to Baghdad and doing an air assault. OTH, we were training for an attack on Iraq about 6 years prior to the actual invasion of Iraq, so maybe it is ominous after all.

"Here's what was going on.

That's, a lot of fuel cost.

Check out this insane flow chart. Heh, looks like it should be part of a wall full of newspaper articles, tacks, yarn and huge sharpie circles with arrows...

Haha, it sure does. Right in the center.

This guy's wall... (I still enjoy that movie. Nobody does insane like Mel.)
Likes: G.I.*EDDIE

I haven't gotten through much of this yet, but at the very least it's entertaining. Clinton body count infographic. I think it needs an update as it's only good up to 2016.

Not the best put together version of one of those, but you do have to ask yourself at what point is it statistically impossible for all these people to have conveniently met their demise at the perfect time to keep powerful people out of trouble yet again.

Just so many coincidences. But as far as these powerful people are concerned, "Prove it." Between not being able to and them paying off or having everyone fearing for their own lives, proving it clearly seems impossible.

Been listening to some vids talking about it this morning. There have also been some mighty convenient power outages in the area, and the potential assailant was just caught with a cell phone. Not sure if

, but is definitely worth discussion. Dude most definitely has dirt on some hugely powerful people. He is easily first in line for potentially committing Arkanside in the near future.