Videoviper said:
Hasbro has some cheap figures on their eBay store with free shipping

Some marvel figures are down to $4-$5

Videoviper said:
Some marvel figures are down to $4-$5

Finally a regular priced single Rocket Raccoon!
and he will be in a comic pack with Groot too :lmao:

I'm calling it now... The barge will be available via Hasbro Toy shop, after they revamp their site. 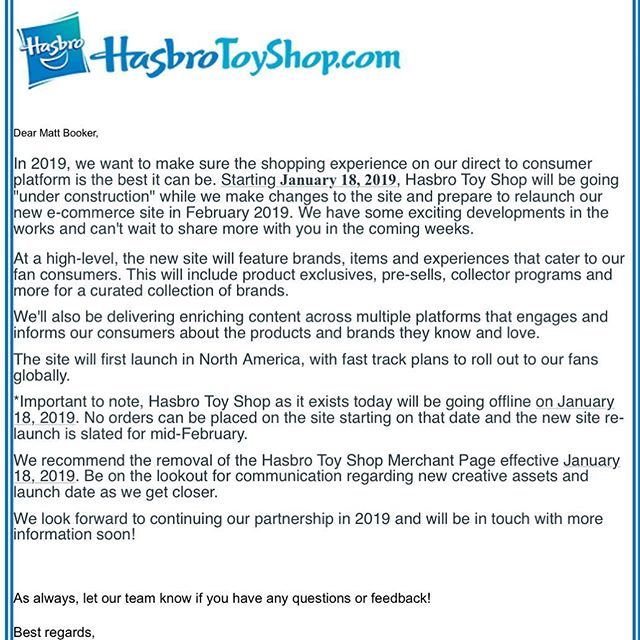 Interesting. They should sell GI JOE direct to consumer at this point.
Reactions: ThunderDan19

Man, from the sound of it, their new "curated" site will be far different. And I don't know if it's "good different" or "bad different". I hope they stop selling the kiddie stuff that plagues every search. The site is nearly as bad as tru.com was, so hopefully they're investing in some new code that's actually usable.

The real question is, are they going to try and sell the high-volume stuff to compete with WM and AMZ, or are they sticking to the niche stuff that the other guys don't/won't carry? The word "curated" in their press release clearly implies that they're going to carry less stuff. I just hope it's products collectors would want with a way to actually find, order, and obtain it. A new website just to sell Mr Potato Head dressed like Spider-Man would be a waste of a redesign.

Hasbro already did the DTC thing in '04-05. I still have tons of it, some still unopened (and presumably pretty rare at this point). I wouldn't be opposed to new DTC stuff though.

Doesn’t BBTS do some club exclusive kind of stuff? Saw something about that on an add here (not a bad series of vids):
BTW, was this dude somebody prominent back on the ‘Stank?
Reactions: jersey john

Hah! His polls had 8 votes total.

I finally registered for this just to get me some Baby Yoda goodness.

If anyone sees cool stuff going up for preorder.. post here!