There's some truth to that. No one looks at Trump and says, "He's just like me!"

True.. though it does go both ways.. Republicans always champion small business, small government, personal responsibility.. etc.. until it concerns something else we like. The "military industrial complex" is a very real thing. I don't think it holds the sway and evilness that the left thinks it does, but ANYTHING with that much money involved is not a good thing.. especially when its tied directly to politics. Companies getting rich when we go to war, and then the same companies lobbying government people to do things (go to war?) just smells wrong to me.

The Right is also pretty adamant about its Christianity.. and yet, I would say MOST don't themselves follow Jesus' teachings even remotely. The Left has a very valid argument about lip service Christians.

I think the Left sees "Change is good" and the Right sees "The old ways were/are good" and it really doesn't actually matter what the issue is, if it needs to be changed, you're left, if its good enough and we should keep it, you're right.

I think people on the left who always want change, are possibly not content with their lives, so they need to fill it with campaigns and marches etc to 'do something' (anything) and people on the right are just happy with the status quo and don't want that disrupted for them (regardless how it impacts others).

You have some people in the middle, but people are getting further and further polarized as EVERY DAMN ISSUE is becoming political.

Another good article with an awesome solution.

So Trump takes the US out of the pack that lets the UN decide how many "refugees" a country WILL take and the UN then says "Well f&%$ you then. We'll do this another way."

At what point are we going to call this what it is?

Yeah, good luck with that...


But then 5,200 vs probably triple or quadruple that. Awww.

Would be an interesting scenario if things got hot, no clue how that would end. Would the Mexican military get involved?

I mean, this is why Trump was elected. His base will back and support this move. If anything inaction on this would hurt him.

My impression is that these troops are primarily going there to "harden" (engineering-wise) the border at the potential crossing zone. Here's what's headed there:

The new deployment is operating under Operation Faithful Patriot, which will include:
I have a feeling the AC-130 is a typo, or they're just planning to utilize the optics (most likely it's just C-130s for transport). I highly doubt they are intending to howitzer, bofors cannon and minigun them if they do breach the border...

ThunderDan19 said:
I highly doubt they are intending to howitzer, bofors cannon and minigun them if they do breach the border...
Click to expand...

Is.. is it wrong that I found that funny?

ThunderDan19 said:
I have a feeling the AC-130 is a typo, or they're just planning to utilize the optics (most likely it's just C-130s for transport). I highly doubt they are intending to howitzer, bofors cannon and minigun them if they do breach the border...
Click to expand...

It would be like a scene from World War Z with them streaming through a busted crossing and the AC-130 just laying into the ant like mob.. hah that would be a sight for the nightly news.

That would certainly curb the immigration problem... But yeah... no...

Could you imagine if some cowboy took it in their own hands? Whew. That'd be something that could incite Civil War 2 I bet.

I'm a little concerned that some militia types might do just that. Granted, they'll not have military grade destructive potential, but an AR, AK or Barrett .50 can do enough damage to really eff things up. And of course, calls for gun control and potential losses of freedoms would follow.

ThunderDan19 said:
My impression is that these troops are primarily going there to "harden" (engineering-wise) the border at the potential crossing zone. Here's what's headed there:

The new deployment is operating under Operation Faithful Patriot, which will include:
I have a feeling the AC-130 is a typo, or they're just planning to utilize the optics (most likely it's just C-130s for transport). I highly doubt they are intending to howitzer, bofors cannon and minigun them if they do breach the border...
Click to expand...

As for ending Birthright Citizenship by executive fiat, well, that dog won't hunt. I suspect it'll take a constitutional amendment to get rid of that little bit of happy horseshit.

Honestly, I don't want to see the EO precedent set for removing amendments. The left could REALLY abuse that next time they are in power. 2nd and 1st? GONE!

I think it's showboating to at least get the conversation started. There are too many ways to circumvent the constitution as it is, we damn sure don't need another.

Sounds about right, but not that you'll ever hear the story elsewhere. It doesn't fit the evil racist president narrative.

I don't care if 100% of the 3rd world are the sweetest people on the planet, the tax payers of the US (and other western countries) should not be responsible for the billions of r selected overbreeding. The more we feed and care for the low IQ who can't build their own successful countries, the more of these "poor, starving, helpless" people we'll have to care for. But I suspect that those who wish to destroy The West know this. 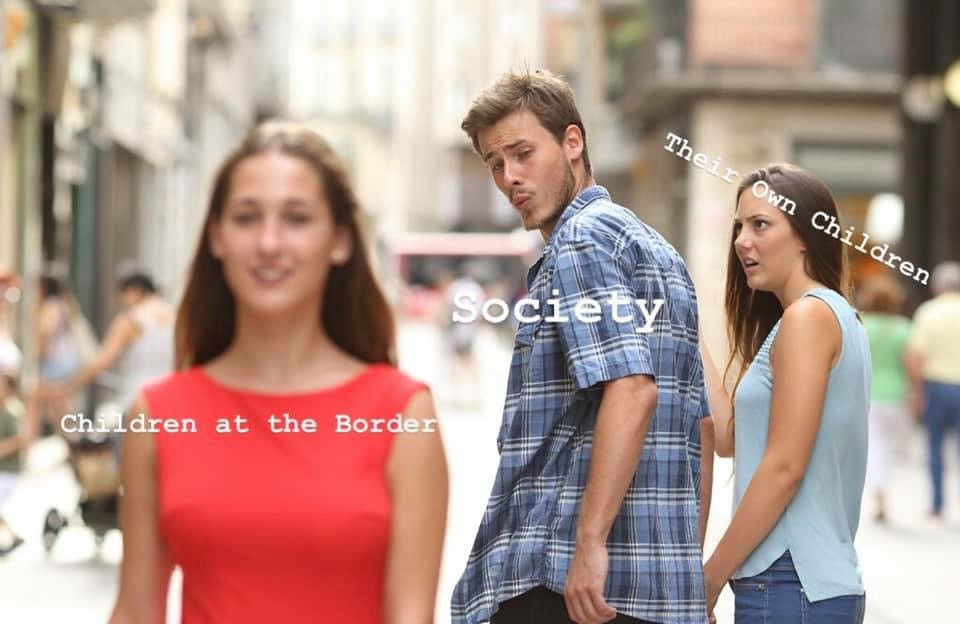 That was pretty funny

That’s only a third of that video,and heavily edited

The edited one if far greater...obviously.

Statistical Proof That There Are 36 Million People Here Illegally

First Roswell and now Party of 5?

Seriously, everything will eventually go that way when they are the majority citizen and holding positions of influence. Why do you think even republicans pander to them? They know that the demographic shift is greatly in their favor.

Hey, if they discover the next generation Neve Campbell and Jennifer Love Hewitt... it'll be completely worth it.

I had such a crush on JLH, to this day, my wife refers to her as my "girlfriend".

Yeah, JLH was a long time crush of mine as well, but that younger one grew up to be very easy on the eyes as well...

Yeah, Lacey is a hottie too.

I know that we all know this, but maybe you know someone who still doesn't get it.

Tucker explains it in less than two minutes.

nacho said:
Yeah, Lacey is a hottie too.
Click to expand...

Plus she's in 30 Hallmark movies a year, so I get to ogle material.

Yeah.. the holiday season has Hallmark on 24/7 it seems. I don't mind it so much anymore, it's just kind of background holiday-themed fluff.. though I do have most of the movies memorized at this point. At least they usually have some pretty attractive lead ladies..

Oh and COUNTDOWN TO CHRISTMAS IS GONNA BE 365! Every Friday is CHRISTMAS on HALLMARK.. oy.

Can't say I've watched Hallmark voluntarily enough to judge, but at least what I have seen doesn't have the male characters being LITERALLY HITLER!!1! like every movie on Lifetime.