It's odd you can't hear anything when the slur is supposedly said. According to reports, the Popeyes staff was trying to scam people out of more money for the stupid chicken sandwiches which started all this.

But yeah, I don't think it deserves a body slam either way.

We’re fucked if they figure out a way to breed.

US-born Alabama woman who joined ISIS is not an American citizen, judge rules

That seems really interesting, and I don't see anything biased with it really.

– Democrats and Republicans imagine that almost twice as many people on the other side hold extreme views than really do.
– On average, Democrats and Republicans believe that 55 percent of their opponents' views are extreme, but in reality only about 30 percent are.
– Americans with more partisan views hold more exaggerated views of their opponents.
– Members of America’s “Exhausted Majority” have a narrower Perception Gap than either of the “Wings” (America’s more politically partisan groups).
– Consumption of most forms of media, including talk radio, newspapers, social media, and local news, is associated with a wider Perception Gap.
– For example, people who consume news “most of the time” are almost three times as inaccurate as those who consume it “only now and then”.
– Furthermore, those who post about politics on social media show a substantially larger Perception Gap than those who do not.
– Higher education among Democrats, but not Republicans, corresponds with a wider Perception Gap.
– For example, Democrats who hold a postgraduate degree are three times as inaccurate as those who did not graduate high school.
– This may be due in part to lower friendship diversity, as higher educated Democrats (but not Republicans) are more likely to say that "almost all" of their friends share their political views.
– The wider people’s Perception Gap, the more likely they are to attribute negative personal qualities (like ‘hateful’ or ‘brainwashed’) to their opponents. – Overall, Americans’ views are more similar to their political opponents’ than they realize.
Click to expand...

As an Independent I got a 4% gap of assessing Dems and an 11% gap of Repubs. Not sure how I feel about a CNN quiz being accurate, but I did try to be straight with it, not just aiming for what I thought they'd publish as fact.

It's an opinion article so not pure CNN, you can read the full study here: https://perceptiongap.us/media/zaslaroc/perception-gap-report-1-0-3.pdf

It seems to be a very middle of the road organization from what I can tell.

The other problem is that it's tough to assign a number to that stuff. "What percentage of democrats think we should have open borders?" The real answer is "Too many". I am blindly guessing as to whether it's 25% or 60%. All I know is that it's a scary non-trivial percentage.

My concern is what was the wording to the questions that determined the percentages taken as gospel here? If the poll is conceived and administered by biased individuals, the results will inevitably be biased.

And... CNN is an opinion generator. Everything from the scrolling headlines to the talking delivery heads is biased. Fox News is the same, but at the other end of the spectrum. So are ABC, CBS, NBC, MSNBC and all the others.

-9% on Dems, -23 on Republicans. Both sides are shittier than I thought and that does not comfort me.

People were inside the crater 1 minute before it exploded.

Looks like maybe "only" a dozen so died.. so I guess that is better. Still seems crazy.

Someone fucked up big time allowing tourists over there. If that American with 80% burns survives he's gonna wish he hadn't.

K-Tiger said:
Someone fucked up big time allowing tourists over there. If that American with 80% burns survives he's gonna wish he hadn't.
Click to expand...

They ordered 1290 square feet of skin for grafts!

Yeah, they're gonna need it.

Important: Impending Climate Change (and not what you think)!!!

Anyone need a job?

So the whole Iran thing happened while I was on a cruise ship and I didn't pony up for the internet package. It was nice leaving my phone off for 3 days! Could have come back to WWIII I guess...

What are peoples thoughts? Everything I read from non crazy people seemed to think killing that guy was warranted, but the left wing places for some reason are still pro IRAN.

He was the douche that was reportedly orchestrating the attack(s) on the US embassy in Baghdad. That (in the current administration) bought him and a few friends one way tickets to see Allah. Apparently he was responsible for many, many more deaths in the past, including Iranians, Iraqis and US service personnel in the aftermath of the Iraq War (via militia and IED attacks).

I have not dug in to confirm the last part of that, but I believe item 1 was sufficient, particularly when you are sending a "this will not be another Benghazi" message. You eff with the current US representation overseas, you lose a freaking general on day 4. That's a solid message, one that made the Ayatollah cry.

Oh, and we've got 52 other sites cued up for massively powerful precision strikes... Yeah. We got balls in the WH again.

Dude needed to die, but Bush and Obama both passed on opportunities. I’m pretty sure if Trump thought a war would break out, he would have passed too. Half his base voted for him to get the hell out of the wars, not start new ones.

The Libs are funny as one guy was calling out Trump for being soft and emboldening the enemy just a week or two ago and then he pivots and says how Trump is being too aggressive after the drone strike. They literally just say the opposite of what he does on EVERYTHING.

I do find it awfully suspect that the congress passed the massive military spending increase just weeks before this event...

I'm glad we made an example of him. Iran needed to be reminded that they need to behave. We don't want them or their country or their oil. Just fucking play nice and behave.

For the life of me, I can't understand why anyone would care that we smote one of the largest terrorists on the planet. Who cares if it was in the middle of baghdad? And who really cares that it has the Iranians all riled up? They rattle their sabres and talk shit ALL THE TIME. This changes nothing. Every damn day they talk fire and brimstone and burn american flags, so how is this different? Why does every lib suddenly think that war is now immenent. War? War? Are they going to take us out with their three duct-taped F-14s, or their half-dozen 60's-era russian planes? Or maybe a speedboat with some AK's and C-4? War? Bitch, please.

If they get too big for their britches, we'll turn their whole god-forsaken country to glass.

Can we say Trump finally did what no one else could, brought Iran & Iraq together?

We should wait until they gather and then have a predator strike there too!

But at least the Brits are still sane... oh wait...
Vegans are a ‘protected’ class at work, UK labor court rules

Yikes. I could get on board with saying firing someone for being a vegan is probably wrong.. but that.. I dunno. Veganism IS their religion though I suppose.

Firing anyone over anything that isn't performance related is generally bad form. But I lump attendance, attitude, hygiene, etc in with "performance".

However, this is just one more victim class that now will sue every time they don't get hired, regardless of whether or not they're qualified. It's getting the point where they should just declare that everyone who isn't straight/white/male is "protected class".

Regarding the brush fires in AUS:

They got made fun of by some of the "journalists" covering the story because, "who needs camouflage in space? What a waste of money... dur?" The SF people responded that they had only thus far changed the name tape and were still using their previous AF and Army uniforms for now.

I think they should just change to flat black uniforms for their next refresh. No developmental costs for a new "useless" camo pattern, and it'd make them look like the evil baddies from a Die Hard flick. Or I suppose a kinder, gentler gray would suffice. 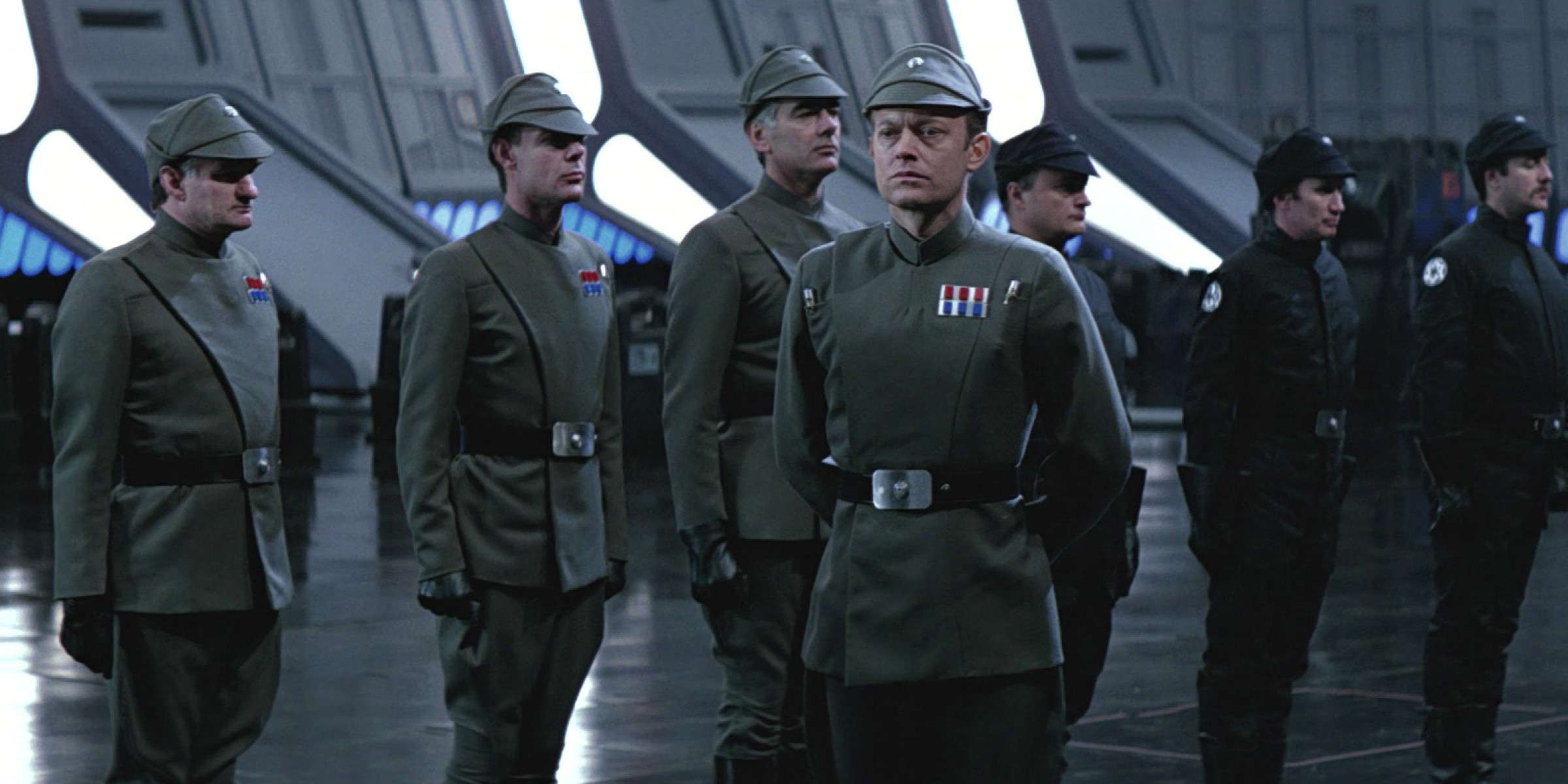 I do feel like they should lean more towards Naval setup vs Air Force, but I dunno. Space Control seems like it will evolve into more of a Navy-type situation.

Yet another reason to have a very limited social media presence.