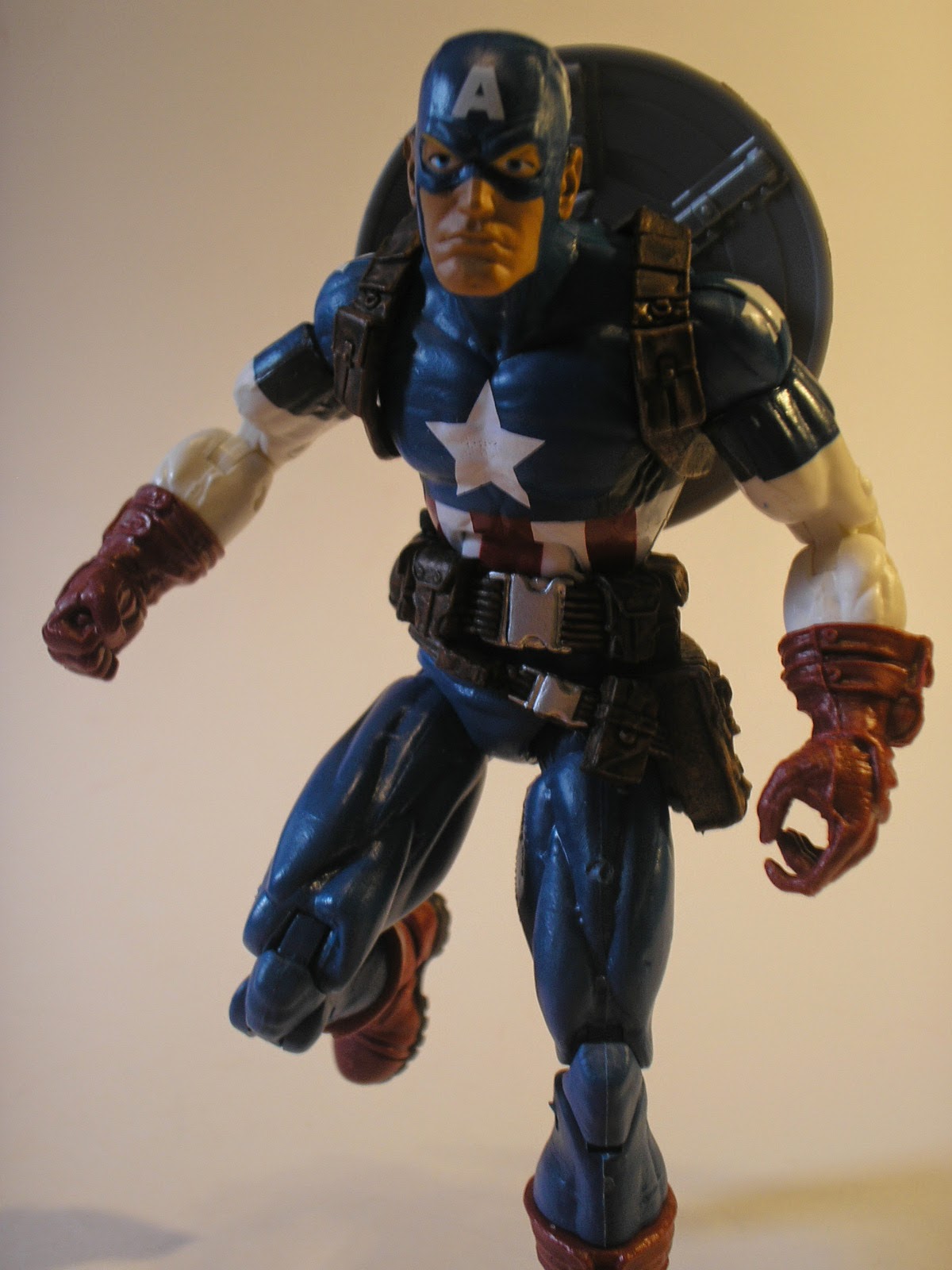 Final Thoughts
The Ultimate Marvel Captain America has a lot going for it. It looks great, the articulation (horrible hips aside) is great and it's ultimately - no pun intended - a great rendition of the character. However, it's not without its issues.

I can accept the weirdly-angled biceps if it adds to the articulation (which it does) and the lack of tilting wrist joints isn't too big a deal (especially if it's due to the designer wanting to retain the gauntlet look of his gloves.) I can even excuse the slightly loose paint app on his unmasked head (and indeed, the slightly off-scale of his head in general) and the other slight issues with the paintwork, as this is the sort of thing that will vary from figure to figure and may be something limited to my figure.

What I cannot excuse, though, is the shield bracket. There is, quite simply, no excuse for this. I really cannot comprehend the thought process that went into this. Who would possibly consider creating a piece that fits onto one wrist but not the other? It's absolute madness and I'm pulling my hair out trying to even understand that mindset. Didn't anybody even think to check this? And who OK-ed the idea that the figure should have wrists that varied in size so much? It's not like the glove pieces were designed for another figure or purpose, as they're clearly bespoke parts designed for Captain America!!! GAH!!!

It's mind-numbingly stupid and you'll drive yourself insane trying to figure this one out.

If you're fortunate enough to read this before buying your Captain America (or attempting to attach the shield to his wrist) then do not, ever, EVER be tempted to try and clip the shield onto his left wrist as it WILL break. If nothing else comes from this Review then I'll be happy to know I've helped avoid another collector (or worse yet, a child) from experiencing the annoyance of seeing the shield accessory's C-clip snap.

It's such a shame, as the figure itself - minor issues aside - is very good and if you're looking for a highly-pose-able, good-looking rendition of the Ultimate Captain America at an affordable price, then this is definitely the one for you.

A neat figure marred by the inclusion of a seriously flawed accessory.