Videoviper said:
Who the fuck want the combined voltron that makes you touch it in the crotch????

His button is on his right rib cage. The Ultimate version that does not break down into lions has the catholic priest button.

I remember when the originals came out, I wanted them badly. I couldn't find them anywhere but there was a kid in my neighborhood who had one of them, so I got the idea about trading with him. He liked baseball cards and I had a small amount that was almost willing to GIVE away. I let him "borrow" ALL of my cards, he said it was so he could see if any of them was worth anything. In the mean-time, he let me hold on to his one Voltron lion.

Well, he chacked them out and said none of them were worth anything so I had to give the lion back. And of course I had no idea how many cards I let him "borrow", so for all I know he DID find a few that were worth money and kept them...I wouldn't have be any the wiser.

I bet he laughed about that for a long time...even if he didn't keep any cards, he still dangled that carrot in front of me and then ripped it away, and all of the kids in my neighborhood were assholes, that's the kind of shit they would do.

Found BS gold-arm C-3PO at walgreens today. His articulation kinda sucks, but it's not like the real character is a ballerina. I'm glad to have a representation of him on the 6" shelf. That red-armed thing was a no-go.

Got these in from Ebay, vintage Fisher Price.


Pretty good pieces from a collector point of view. Not too much paint wear and the clarity of the helmets is REALLY nice, which you don't often find with these. My only real complaint is the dirt around the shoulders of the white/female astronaut. I tried using a magic eraser on her, but the dirt didn't budge.

Bought a figure from one of those foreign sellers on Ebay that have multiples of the same figure. The sellers name is tunghori. Seemed like it showed up pretty fast considering where it came from.

yep he is fast indeed

Got the 4" StarLord/Ronan & Dr Strange 2 packs.

These are really good figures, Ronan has a bit of a belly plus trench coat, which should be a good base for a Bullock custom.

The arsto projection Dr Strange is a good custom base for anyone who wants a Mordo. Or you could get some clear paints & make a movie accurate astro DR Strange.

So, weird Amazon glitch the other day made the SW Black 6" Snow Trooper available for $9.71. I tried to buy several, but it kept saying the seller (amazon) only had one. So I bought one. Then I went pack to the page, and it was still available at that price, so I bought another minutes later. Both sold by amazon, not a third party seller. I figured what the hell, worst case they just cancel them. No biggie.

Package arrives today, and it's got a 6" Snow Trooper and a 6" Sabine Wren. Normally I would complain about an incorrect order, but I'm pretty sure she's harder to get than a snow trooper, so I guess I'll just keep my yapper shut. Still, I got both for less than $10 each, so that's a win no matter what. Bizarre nonetheless!

Found my old Toy Island 4" Terminator figure the other day. Reminded me that there were several others in the "line". Robocop, and Rambo I think.

The Terminator came with a gun, too bad he can't hold it.

Would that be the 18" version? I had one, pretty good detail for the time, sorta like NECA's versions cousin.

Gotcha. Those little Toy Island figures were kinda cool. They were the first to put those characters in 3.75 format.

In other news, I picked this up off of Ebay...

I'm going to turn it into a colony tractor sort of like the one seen in ALIENS, which I will use in my ALIENS universe. I was going to try and convert a HISS tank into such, but I think this has more of the look I need. I'll just need to scratch build something for the back and change the tire configuration.

Got a Marvel Legends Angela from GotG 2 line from ToysRUs.com for $15&a 3.75" Gamora for $10 to get free shipping a week or so ago. The Angela figure is very cool!! love it!

Anyone know how to link photos from Ebay auctions?

Actually bought two Aarons. One for the wife,..still hunting Polaris. Every store has an old man Logan,so I'll wait on him..he appears to be two per case.

Finally!! I will point out I had to buy one arm&one leg loose on eBay for around $10 each shipped. I could've bought two complete giant men today,half of whatever comes with the Dr.Strange wave,and half of onslaught all at $7 a part,..so,only buying this is kinda like almost as good as quitting-ish.

For someone who's quitting, you sure do buy a lot.

With all that hunting, how do you have time to work? Unless you're going to tell me that you were already in the Ross looking for your easter dress...

Finally!! I will point out I had to buy one arm&one leg loose on eBay for around $10 each shipped. I could've bought two complete giant men today,half of whatever comes with the Dr.Strange wave,and half of onslaught all at $7 a part,..so,only buying this is kinda like almost as good as quitting-ish.
Click to expand...

you can send the Cap to me with my other stuff. :trollface:

That Ant-Man would be cooler with 4" MU figs.

Exactly why I got him!

nacho said:
For someone who's quitting, you sure do buy a lot.

With all that hunting, how do you have time to work? Unless you're going to tell me that you were already in the Ross looking for your easter dress...

This! Looking for my Easter dress!

I'm actually being very conservative! The old me would've bought everything just to take up space in my mess...

Actually bought two Aarons. One for the wife,..still hunting Polaris. Every store has an old man Logan,so I'll wait on him..he appears to be two per case.
Click to expand...

No clue why I want a disco Dazzler, but I do, and I REALLY wish A-Aron's rifle was 1:18 compatible.

K-Tiger said:
No clue why I want a disco Dazzler, but I do, and I REALLY wish A-Aron's rifle was 1:18 compatible.
Click to expand...

I bought a disco Dazzler, and I question why... I know it's because I need the Warlock part, but I desperately want a dazzler in practically any other deco. She looked like that in exactly one issue of X-Men. What figures would you even display her with that would make sense? I can't put that thing with the Outback era ML's without hating myself.

I've found all the X-Men except Cyke and Colossus. But AMZ should have them up in the next few weeks, so I guess I can wait. I'm more interested in the Scott/Jean TRU 2-pack in the classic decos.
Last edited: Mar 23, 2017

nacho said:
She looked like that in exactly one issue of X-Men. What figures would you even display her with that would make sense?
Click to expand...

She looked like that plenty in her solo series that exactly five people recall fondly, but when she returned to the x-men, disco was dead, and she had an 80's "workout queen" vibe.

K-Tiger said:
No clue why I want a disco Dazzler, but I do, and I REALLY wish A-Aron's rifle was 1:18 compatible.
Click to expand...

The headsculpt reminds me of the sister from that 70's show,...the one that in real life became a drug addict&died Lisa robin Kelly. Yet some more $6 army builders!!

Had to set them down to grab that case of bud light behind them:trollface:

So you didn't buy them?

Of course I did!:trollface: I've got 5 scarif troopers now! Was on the fence with the death trooper tho,but bought him anyways...sending him to Someone for his kid. 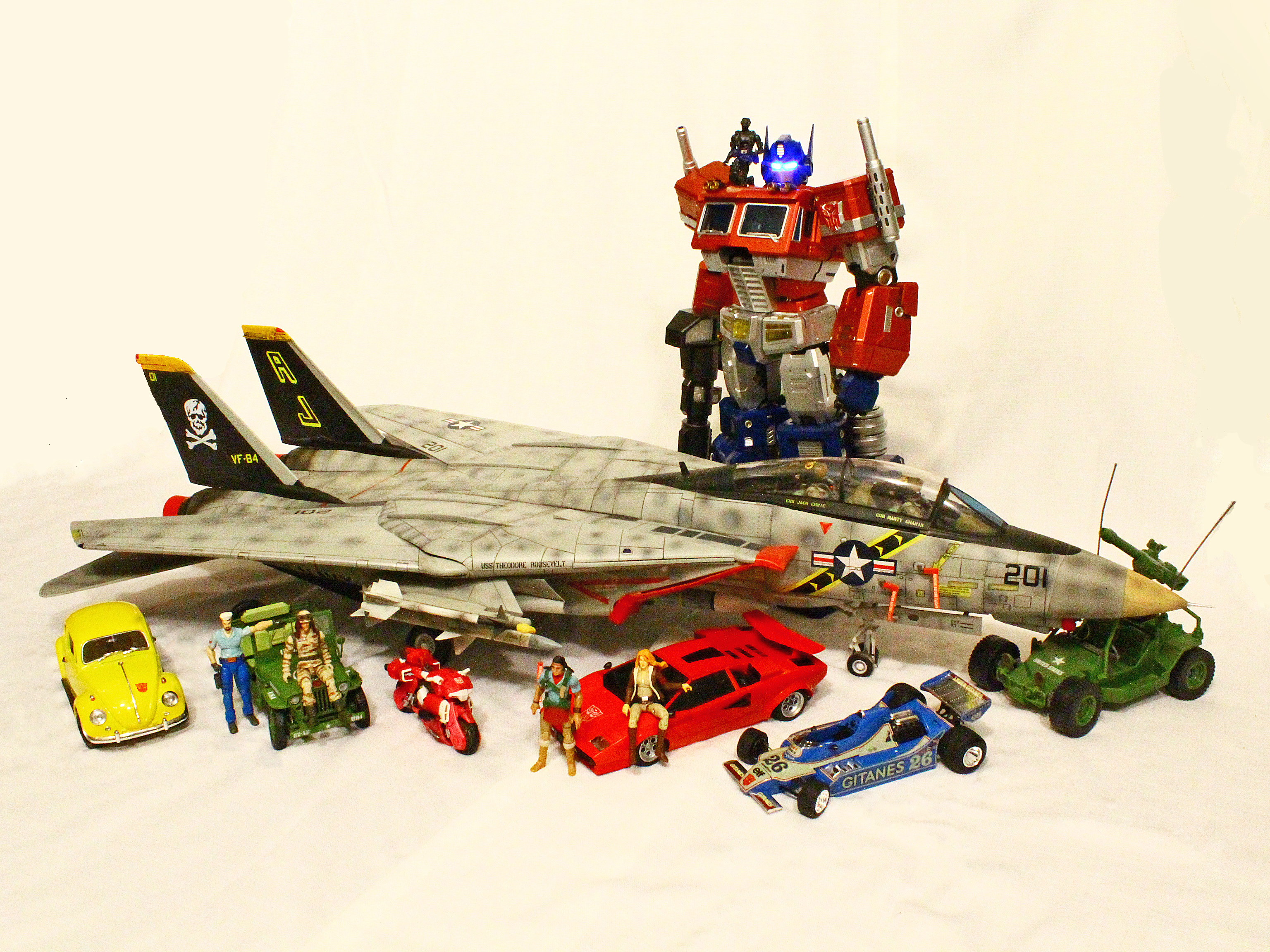 Go BIG or go the fuck home!!! Nice!! Looks pricey as fuck tho!

Went to the Walmart in San Destin Fl today!! Found a $6 FO stormtrooper on the pegs!! And this on the top shelf for $6 each!!

Can't wait to crack open my Scarif trooper army,and take them and my AT-ACTs to the beach!!

Was looking online at the SDCC Marvel Collector pack & laughing at the $65-$70+ price tag. (These were originally first available via Ebay for $25-$30 & people assumed it would be less.

Well I found a seller who was selling them for $70 but one package was damaged so I grabbed it for $40. Still not what I wanted to pay but still a good deal given that I open this stuff anyway.

My $6 army builder tally!! 2 of the death troopers are gone already...

And the last straggler of the X-men wave I couldn't find! now I've seen her twice more! lol.

Ready to start picking up TGoTG figures now before wave 2 drops! I'll have to get them all tho,because I want the BAF more then anything else,lol.

picked up the Spiderman Homecoming 2 pack and the spidey shocker 2 pack. The movies spiderman is pretty sweet. Gotta figure out a way to add the glide webs under his arms tho. The Movie Vulture and the Shocker will go nicely with my kids 3.75 universe. The comic spidey that came with shocker is unremarkable...

Got two of these 2packs at TRU yesterday!

Already swapped one of their left hands from a fist to open from Polaris.

Sold the Spider-Man figures on eBay already! They lasted 2 hours at best!:trollface: love me free figures!:trollface:

I wish they where,but they're 6". I bought them in hopes of shrinking the figure...I have zero doubt they will become sought after aka expensive eventually. Need multiples for the future. I'll buy more if I see them get clearanced. Reduced to $20 a 2-pack,and I'd buy everyone I see. I'm that confident they'll be worth sticking up. I keep telling myself one day I'll pick it up again. I do nothing hobby related except buy crap here&there. I soooo miss it too! never home,and when I am I just wanna sleep or do nothing,..it's the weekend,everything is closed...fuck!

this thing's sculpt makes current female figures in 1:18 look like garbage too...it would be worth it. Upper leg swivel,rocker ankles,...it's a nice figure! My only complaint is the arms should be double jointed,and no grip hands..


Thing is TOO doll like imo. a combination of the large size, it being a girl in normal clothes,and having a purse makes owning it feel really strange. It's actually more weird then owning my phicen doll with hair...If I start shopping in the girls toys I'm out completely!!!!
You must log in or register to reply here.
Share:
Facebook Twitter Reddit Email Link
Top Bottom