I wonder if this meme is a coincidence or a result of the above story. It was posted yesterday at 9am'ish.

High school kids and/or moms across america should organize a lightsaber walkout.

Guess who is on the bleeding edge of this program.

Putting the BBU under a manhole is brilliant until a car parks over it (happened all the time when I’d call field techs out when I worked in the NOCC, but you still need the radios and antennas above ground. Especially if you are AT&T and Verizon who only have MM wavelengths that can carry 5G with about 100 meter range. Our 2.5Ghz wavelength is pure gold for 5G.

Ron killing the US confirmed.

Fuck, I wish all those devices killed my fertility rate! I have too many kids as it is!

Did she just say WEATHER WEAPONS?!

Wait, so I didn't actually need to get that vasectomy? Man, that could have saved me some serious discomfort...

They lost me when they started discussing weaponized ipads. I mean they lost me within the first paragraph, but the iPads made me turn it off.

I'll be honest. I'm surprised we don't see more repo men around. I can't count how many times I've thought, "There ain't no way that yahoo is making his payments on that car/truck/SUV/etc." I guess they do most of their work in the wee hours of the morning when they're less likely to be noticed/shot...

I have no desire to repo cars, but I'd love to set up my own camera system and database. I don't even know what I'd do with it, but I suspect the data would be fascinating.

Still, officials in Alameda, Calif., this year put on hold a contract to buy Vigilant’s technology over worries the scans could be used for federal immigration enforcement.
Click to expand...

Also, people, LIVE WITHIN YOUR MEANS!

nacho said:
I have no desire to repo cars, but I'd love to set up my own camera system and database. I don't even know what I'd do with it, but I suspect the data would be fascinating.
Click to expand...

Sell the data to the highest bidder. Help local law enforcement. Help people determine if their spouse has been seen at the no-tell motel. The possibilities are endless. Of course, the downside is that to be of any use, you'd have to drive around endlessly. Still, I'd love to see the data that I get just from my normal routine. I suspect it would be tougher here, as TN doesn't require front plates, making easy identification in all directions more difficult.

That’s a bit creepy that they sell those scanners to the public. I’ve only seen them on cop cars around here.

She should have additional charges filed for falsifying a report and he lawyer should have a strike against him for taking it to the national media before any evidence was available.
Reactions: G.I.*EDDIE

Seriously.. they started and online witch hunt against the officer as well.. he had to delete his facebook/etc because people were harassing him.. what kind of dumb bitch wouldn't realize her story could in no way be verified?

It's funny though that Shaun King racebaiter guy went and deleted all his tweets about it once the house of cards fell down.

The problem is that after it's all been proven out, he still has a black mark (let's be honest, half the people who read the headlines or original article won't even see the update), and apparently she gets off without so much as a slap on the wrist.

When women can (falsely) accuse and men get ruined regardless of guilt, there is something messed up going on. Think of the NFL player who's g/f now admits that she made up all the domestic abuse claims. Dude got arrested, cut from his team, and disgraced. How is it that she gets off scott-free?

Must be the patriarchy... oh wait. White privilege? No?

Imagine if a white dude accused a woman of something heinous, causing her to get suspended, fired, or publicly tarred and feathered...and then they found out he made it up... out of spite. Imagine the pants-shitting outrage.

The pendulum has swung from women not being believed to women being given so much benefit of the doubt that the man is considered guilty without a shred of evidence, trial, or due process. I'm all for scumbags getting what they deserve, but there should be some major consequences for making up stuff such that women think twice about revenge-accusing. I'm thinking eye-for-an-eye kind of consequences. He would have lost his job, gone to prison, and been a lifetime member of the offender registry. You make up shit, and you should get the same.

Oh, I'm with you (in case the sarcasm of my previous post was lost). The double standard is enormous. False accusation should have legal implications as well as civil implications. If the guy can prove her false accusation cost him $1M, she should absolutely be on the hook for it, after she gets out of jail... That would put those to an end right quick.

The woman and I were talking about this last week and decided the only way to make it halfway fair is for both the accuser and the accused in sexual crimes to remain anonymous until the trial.
Reactions: G.I.*EDDIE

Here's a very similar story where the body cam told the truth.

I wonder how many people or even companies have gone down over however many years because certain people have become "untouchables".


nacho said:
...but there should be some major consequences for making up stuff such that women think twice about revenge-accusing. I'm thinking eye-for-an-eye kind of consequences. He would have lost his job, gone to prison, and been a lifetime member of the offender registry. You make up shit, and you should get the same.
Click to expand...

Agreed 100%. You receive the same punishment that the accused would've gotten. Though that rule should of course apply to ANYONE who gets busted for fraud, like the guy in the above story. Or someone who spray paints or defaces with racial crap to get someone else falsely accused.

As western culture breaks down before our very eyes, we are seeing portals directly into the bizzaro world that is our future.

How can any sane person think that that is a good idea?? 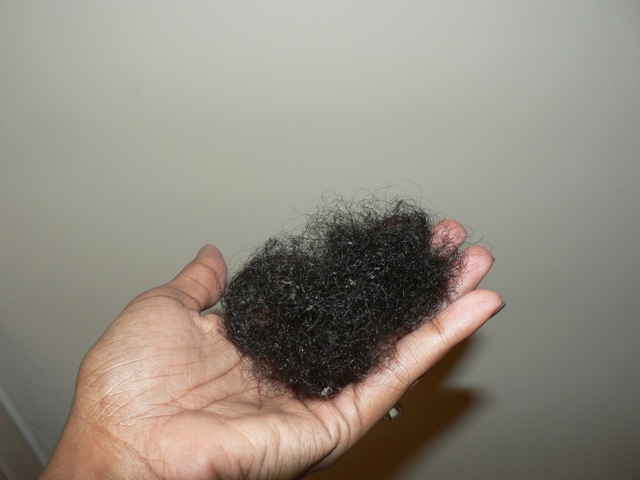 Lol, yeah, the two are opposite ends of the spectrum (relative to "female empowerment" vs. attractiveness) and should they ever actually mix... *shudder* [Eddie's barfing smiley]

It's a spectrum. For the sake of contrast comedy though, go way to that end, yes - full on 5th wave feminazi. Ugly, hairy (preferably some obnoxious color), zero emotional or impulse control, fat, hates men, owns 37 cats, wears a full vag costume to marches, swears Donald Trump tried to grab her... did I miss anything?

Germany has some interesting mainstream acceptance of stuff we'd find objectionable here in the US, so I couldn't even postulate where they are going with this kind of thing. On the whole, I've found the US to be Europe's more conservative offspring, which, considering everything over there is older, is a strange paradox.

Well, they find us prudish about sex, but they're stunningly squeamish about tv/movie violence. It's definitely a different paradigm over there.

I'll never forget taking a school trip to Spain, southern France, and Italy as a teen. So many billboards with topless women on them! I couldn't wrap my 14 year old brain around it. And then we went to a public topless beach, because of course we did. But heaven forbid someone get shot in an action movie!

A couple things.. the SPD isn't very popular over there right now, so it's not like "THE GOVERNMENT" is doing this, it's one small party who is probably trying to find something to drum up attention.

That being said.. their quote:

Yes, that. It's kinda like the old kids busted smoking cliche. "You wanna smoke, huh? Well how about you smoke a WHOLE carton of cigarettes?!" You don't double down on the problem!

G.I.*EDDIE said:
Yes, that. It's kinda like the old kids busted smoking cliche. "You wanna smoke, huh? Well how about you smoke a WHOLE carton of cigarettes?!" You don't double down on the problem!

I know one person who never smoked again and one that smoked another 20yrs after that punishment, so more effective than any smoking cessation program or pill that I’ve heard of.

The fact that nudity and sex isn't as big a deal over there is also a factor, whereas here.. maybe a bill to support taking kids to a gun range for gun safety would be looked at as "crazy" over there. Different strokes for different folks?

The fact that nudity and sex isn't as big a deal over there is also a factor, whereas here.. maybe a bill to support taking kids to a gun range for gun safety would be looked at as "crazy" over there. Different strokes for different folks?
Click to expand...