Where I use to live there was this local girl with ridiculously long nails. I would randomly see her at the store or where ever. I kind of wondered what kind of employment you could get if you seriously couldn't even type on a computer. The nails curved around kind demented claws.

Then later on saw a craigslist ad. & for the record I didn't call.

I always think, “Well, I guess that person doesn’t actually produce anything but drama...”

I do everything I can to keep a positive outlook.

ThunderDan19 said:
I do everything I can to keep a positive outlook.
Click to expand...

Yup. Everything is circular in nature with humans with a pretty consistent trend upwards over the last 400yrs. Just like the stock market. Eddie will have a hole when he’s 65 and hates everything because nothing is as good as the 80’s and he doesn’t have grandchildren to come visit.

pcsguy88 said:
...and he doesn’t have grandchildren to come visit.

Believe me, I'm aware of that. It's the most painful part. A lonely death will be terribly depressing, but I've got plenty of years to accept and mentally prepare for it. But I honestly, genuinely feel like I'm being selfless.

With what's going on right now to white people when we're still the majority... the open racism, not just from randos but also MSM and professors and celebs and politicians... oof. The future for our children/grandchildren not to mention our future.

I'll take the tinfoil label, no problem. One day it'll click for you guys - like it or not - and you'll unfortunately realize I was right.

Or maybe white people should stop being “smart” and “selfless” and start making little white people if they are so concerned with living in a country with not enough white people. Funny how that works. One could say that any white couple that does not make a minimum of two white people are directly contributing to the fall of majority white America. NSA can’t cover for all of us ya know.

What about half-white couples that produce two half-white people? Does that count? Maybe I'm part of the problem... but I don't see different groups as an issue, aside from those who would pit people against each other. Sure, people tend to cluster in homogeneous groups, and those groups have their own tendencies, but overall, it's those power brokers stoking the fires, trying to steer society into divisiveness that really deserve the ire.

I have no problem with us being a diverse population, as long as there is some sense of shared societal values. It becomes a problem when the goal is to flood our land with people (from inside and out) who are only here to take advantage of our generosity, or only here to do us harm because they hate our way of life, or only here to upend our political system.

We're a unique experiment in this country, as no other developed nation is made up of so many different groups in such large quantities. We present a large target for geopolitical foes, and to a degree, it feels like we're being experimented on from the outside. They're testing our limits. History is littered with regimes that are good at controlling homogeneous populations. Ours is a bit of a fly in the pie. 240 years of non-conformity scares the elite, and once we became the world's big-swinging-dick, I think they've determined that we're too much of a wildcard to control, so they have to pit us against ourselves.

I don’t see anything changing in my life no matter who the majority is. Money talks. My Korean sister and Peruvian sister-in-law act just like us because they are in the same financial plane. Ain’t nobody ever handing the wheel over to the poor uneducated masses no matter the numbers. You have money, you get a smile and a thank you from behind the person behind the counter.

if white culture can't even sustain itself, is it worth saving? Rhetorical.. kind of. If you think White people are the strongest and smartest and best and should be saved.. why do they even need saving? If we're (collectively) too gullible and emotional to allow our own destruction.. why worry or fight it?

Realistically the only thing we should be working towards is making sure whoever here is representing the American Spirit and American way. It will take a generation or two, but most immigrants end up picking it up. It'd be nice if 1st generation did as well, but that seems harder to accomplish. Only a small fraction of "Mexican-American" babies born here are going to grow up wanting their home to be MORE like Mexico. Same with everywhere else. Of course there will be a segment that touts BROWN PRIDE/LA RAZA etc.. but there are white assholes who do the same thing. It's not something widespread. 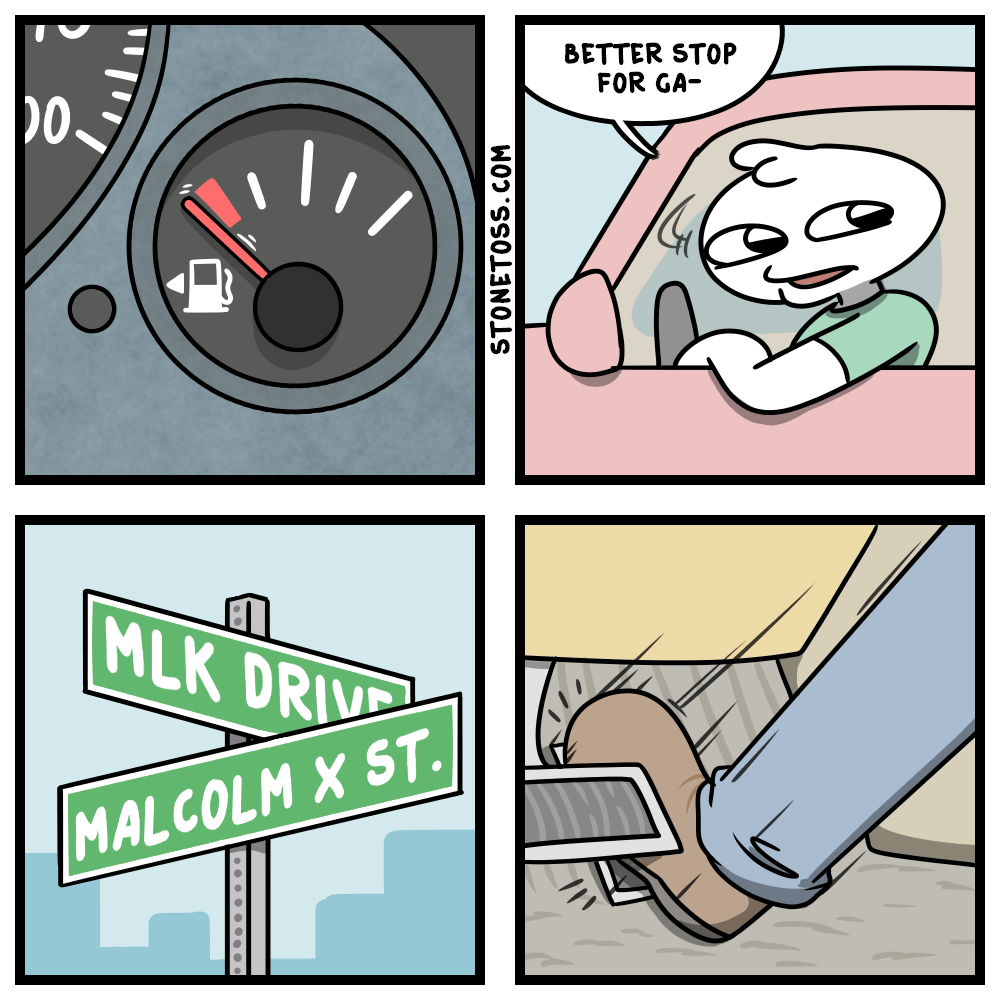 Lol, found myself there once...

That woman with the creepy eyes, hollow legs?, and 5ft long left arm... who the f#$% illustrated this?

Who needs a pickup truck?!

Thankfully, this picture was taken in Canada... and the people were wanted by police over a series of break-ins. There's video footage as well: https://jalopnik.com/watch-a-chevy-lumina-drive-down-a-highway-with-lumber-p-1834694522

Our enemies are winning hard.

Thankfully, this picture was taken in Canada... and the people were wanted by police over a series of break-ins. There's video footage as well: https://jalopnik.com/watch-a-chevy-lumina-drive-down-a-highway-with-lumber-p-1834694522

Needs some Brazilian or Mexican police-style justice, and by that I mean lit up by a helicopter door-gunner.

Gotta go get plates for the new challenger after I get the title in the mail today. Been pondering a vanity plate. Normally I like to fly under the radar, but a beast car like this deserves a fun plate, so I've been looking around. I found several that make me laugh.

Definitely not the ghetto one. I like SHKNBK. I've seen CLT on plates around here followed by generic numbers, but I've always thought how awesome and trashy it would be to add VB8R/PLSR/RMLR/LKR/SUKR/FLKR/ETR/TSR/etc. Imagine explaining that to, anyone. Though certain chicks would probably be intrigued.

Continuing on Dan's TF theme...THNCRKR? Or mix it up THNCHGR?

I was thinking of something more traditionally muscle-car, like 392 HEMI or TA 392. In TN, I assume that all the obviously good ones aren't gone like they would be in Cali or Michigan. I suspect I won't be forced to be overly clever. However, TN doesn't have an online checker that I can find to see what's taken, so I guess I just submit my top-3 and hope...

Sucks you can't check ahead. I made sure mine was available in the lettering and style I wanted before purchasing. 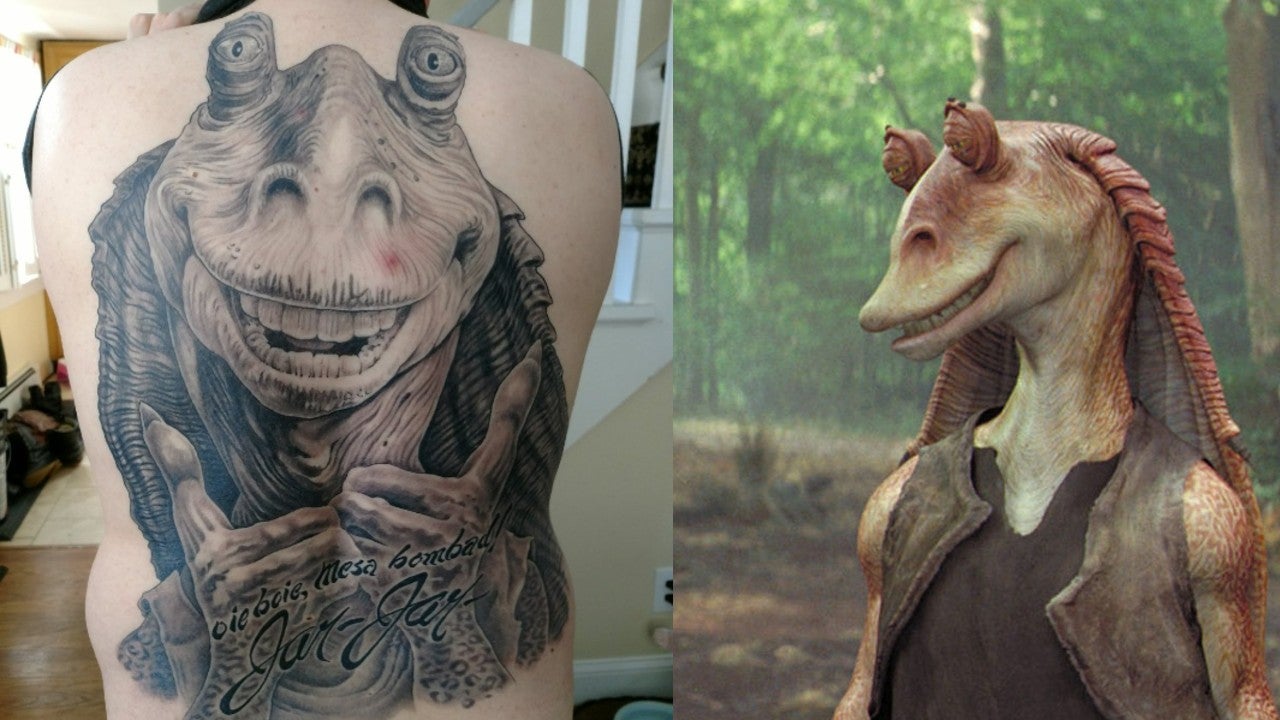 As if it's not nightmare-inducing enough as it is, imagine how grotesque it will be in 20 years. Think of the nurse in the old folks home that has to give melted jar-jar a sponge bath...

On the Twitter comments after the wife posted the pic: "I hope you peg him so you can stare at it from that perspective."

pcsguy88 said:
On the Twitter comments after the wife posted the pic: "I hope you peg him so you can stare at it from that perspective."

Absolutely good point. What kind of sadistic a-hole says yes to that request??

Saw this ad on facebook and.. it's more sad.. but shit, are we already approaching the age where they're marketing 80s GI JOE for.. GRANDPARENTS?!

I guess so.. I mean, I have a 16 year old, some of you are older than me, so you could have adult children already. Fuck, we're old.

*wearing his "GRANDPA" GIJOE tee*
"Hey! Wanna come up and look at my collection?!"

Damn, I'm not old enough to be anyone's grandpa! I'm older than you, and my kids are 10 & 12. And I won't be allowed to retire for another 35 years, because family business. Grandpa my ass.