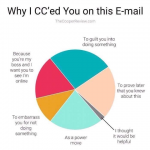 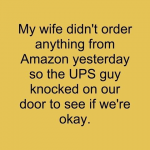 I put these here, but I suspect in the next five years, they'll need to be moved to the "In the News" thread...

California Ends Exploitation Of Workers For Good By Banning All Jobs

SACRAMENTO, CA—California has claimed victory over the horrible abuse and exploitation of workers at the hands of evil employers with a new bill, AB666, which will make it a crime to work for a living.The new bill, signed into law by Governor Newsom Thursday, will stop the mistreatment of...

Gen Xers Decide To Split Off From Rest Of Society And Form A Utopia That’s All Relaxed And Cool And, You Know, Whatever

U.S.—Generation X has finally had enough. The longsuffering generation has always been stuck between the Boomers, who ruined everything, and the awful, self-centered Millennials, and now they’re also being plagued by the Cancel Culture-loving Gen Z proto-nazis. So Gen X has finally decided to do...

CNN Hires This Is Fine Dog To Report On Riots

ATLANTA, GA—CNN has hired a new reporter, the "This is Fine" dog of internet fame.The canine will simply stand in front of burning homes and buildings and say, "This is fine." Created by KC Green, the dog began as a humble webcomic and has gone on to do great things, from working on multiple...

During his first report last night at the Kenosha riots, the dog stood in front of a tire fire and reported to both of CNN's faithful viewers that "this is fine." A brick flew over his head and a Molotov cocktail lit his face on fire, melting the flesh from his bones. "This is fine," he assured the viewers.
Reactions: NSA

BTW we need a new banner. 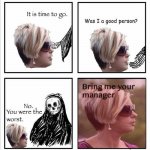 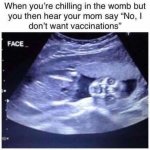 Yes. yes we do.. if any of you photoshop mavens want to give me one I'll replace it

At some point my.. uh.. not fully paid for photoshop stopped working, so I'm a MS Paint man myself right now.

What kind of specs do you need for the banner? Surely we can come up with something.

Really just same size as this:

If it has the logo and stuff would be nice, but really not required at this point. Beeavision had the template with the... 7 layer burrito or whatever.. and I believe it's all be lost to time.

CA themed in honor of our dear leader:

SACRAMENTO, CA—In a powerful statement to support the BLM movement, Governor Gavin Newsom has ordered rolling blackouts across the state. The beautiful, powerful message will turn the entire state black: a political statement that can be seen from space.While many thought the blackouts were due...

Check Out These 14 Beautiful Shots Of California's Cities At Night

California is the most beautiful state in the nation. Many say California has been mismanaged, with rolling blackouts and budgetary issues, but these stunning shots of the state at night show why many choose to stay:1. Hollywood sign at night: simply stunning!2. Here's the Golden Gate Bridge at...

SAN FRANCISCO, CA—Amid a controversy involving getting her hair done and possibly being set up like some kind of patsy, Nancy Pelosi has been hearing a weird word some of the lower classes keep using: "laws.""Huh? Laws? What are those?" Pelosi asked, confused after hearing rumors that people...

It's sad that those don't even seem like parody headlines anymore.

Responding To Backlash, Netflix Clarifies Its Content Is 'Mostly Pedophilia-Free'

LOS GATOS, CA—Responding to the backlash over the worse-than-you-could-have-ever-imagined film Cuties added to its library this week, Netflix clarified that its content is "mostly not pedophilia.""It's important to remember that our content is mostly pedophilia-free," the Netflix Twitter account...

Right? I always thought it was travesty that mosquitoes and wasps, who only really contribute the spread of disease, itching and pain get to live and attack their victims repeatedly, while honey bees, who contribute that glorious glorious honey, have to give their all, most often simply in defense of their home.

Wasps paralyze and lay eggs in spiders so their babies can eat them alive from the inside out. They are our greatest ally.

I dunno, I think I like spiders more than wasps. Spiders leave me alone, while wasps attack with less provocation than a BLM protestor.

Is that even a wasp in the pic? Most of our wasps are the brown variety that are quite a bit larger than our spiders, or we have the mean black and yellow striped ones that resemble yellowjackets, except they build regular wasp nests and don't live in a random hole in the ground.

The thing in that picture looks more like a dirt dobber, but it's either very small or that spider is huge. Dirt dobbers are definitely our friends. They make the little dirt columns and then fill them with spiders they have killed, much like squirrels stocking up on nuts.

We have tons of spiders right now, many of them big ol' fat ones. They seem to come out at the end of summer and build their webs at about face height for me. I normally like having them around to keep the other nuisance flying insects down, but if their web gets me in the face, you can bet I'm gonna kill that little sucker.
Reactions: Sgt301

I found 3 full size Recluse in my detached garage this weekend while beginning the packing process. One of them was chewing on an even larger wolf spider, so yeah, team wasp here.

I don't think I've ever seen a recluse, although I know they exist here. We have plenty of harmless wolf spiders that are frequently misidentified as BR's. I've spotted a black widow 2-3 times in my life, but I've never really had a bad spider-encounter.

Wasps on the other hand are aggressive little f#$%ers.

We have Black Widows out the wazoo here it seems. Anything dark and dank.. you can bet there is one hiding in there. They tend not to want anything to do with people though, and don't seem at all fast, so I haven't ever really felt threatened by them. We also have BROWN widows, which I guess aren't as venomous (but still venomous), and are really everywhere. It's annoying.

We have bees and yellow jackets here, they come to the pool when it's hot. Only see a very occasional wasp or two, and no murder hornets yet.

Had to clear out a wasp nestslast spring. I hate the fuuuuckers!!!!! Surprised I was not stung although they tried.

2 weeks ago one of the bastards dive bombed me with mowing the lawn. My head still hurts a little.

Love my spiders they eat the things I would have to kill otherwise.

Crazy how a balanced environment is actually more pleasant than a more "developed" one. We had to drop my son's best friend off at his house on our way back from vacation. They live in a suburban neighborhood very near to where we used to live. In the 5 or so minutes we exchanged pleasantries with his dad outside their place, we got swarmed by mosquitoes, and I mean dozens of them.

My wife and kids all got bit a few times and at least a half dozen flew into our minivan so we had to exterminate them on the way home. Meanwhile, at our home in the woods, I haven't seen that many mosquitoes all summer. We have the predators around to cull their population enough for comfort and our land drains pretty well so we don't have a lot of the standing water breeding grounds they have back where we used to live.