Just a friendly reminder tonight at 9pm EST a whole new season of Whale Wars will be airing on television on Discovery Channel's Animal Planet. What I'm more interested to see is the $4 million "Gojira" in action. Probably watch, though i find their struggle fruitless.

While I dont think commercial whaling should be allowed I kind of hope these jackasses get knocked off the deck by the water cannons. Is that wrong?

I wish one side or the other would start equipping quad Bofors.
T

when will we learn? 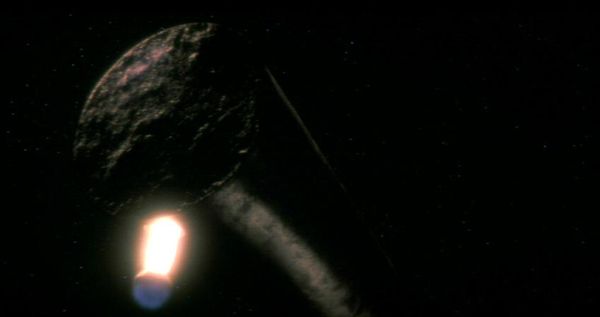 Ewokhunter92 said:
when will we learn?
Click to expand...

Oh that's coming out next year when season 5 of Whale Wars airs. They even have a new nuclear missile....I'm mean vessel to use against the Japaneses whalers.

Beeavision said:
Oh that's coming out next year when season 5 of Whale Wars airs. They even have a new nuclear missile....I'm mean vessel to use against the Japaneses whalers.

I would so blow the mid East to shit if i had a Bird-of-Prey.

Of course when firing upon a whaling vessel using something as large as a "Bird of Prey" it would be like trying to shoot the wings off of a fly.

Photon Torpedoes are pretty good for "carpet bombing" plots of sea with boats in them.

can't wait to see their new toy get thrashed by a Japanese whaling boat like the last. Not that I dislike or hate these guys but I think torpedoes would work better than putting the new boat in front of them.

Didn't see this before but apparently they have repaint the vessel with a whole new name. 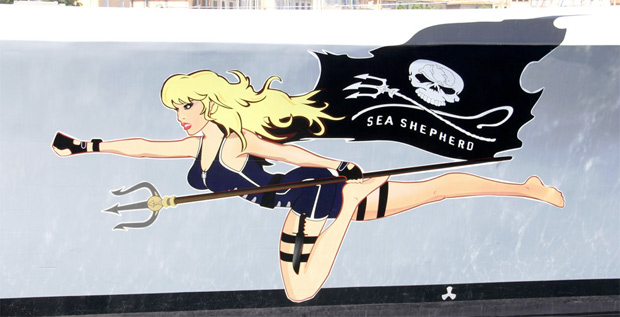 Another close call next episode....

Yeah, i read about it the other day. I figured Toho wasn't gonna sit still with it being called Gojira.

I thought this was a thread about two chicks fighting over Xhairs when I saw the title. I was waaaayyyyy off.

K-Tiger said:
Yeah, i read about it the other day. I figured Toho wasn't gonna sit still with it being called Gojira.

Nice fake Dazzle pattern on the Barker.
Click to expand...

That's actually the Steve Irwin. Below is the new livery for the Bob Barker.

Here they all are together....

Should have saved the money they blue on paint and put int into a deck gun.
P

These guys are criminals who actively put other sailors' lives in mortal danger. Fishing vessels lack armor and all it'll take is a good enough wallop and they're both sorry out of luck.

What will eventually happen is someone will get killed and this moron will have to answer to maritime law. This guy fancies himself some kind of warrior, he served two years in the rather useless Canadian Coast Guard where he failed to even make a name for himself there.

There's about 3.5B Asians out there and they like whale meat. Tell you what, Mr. Watson, there are about 2B Chinese out there and every last one of them wants a Chevy. Howsabout you go tell them they can't have one because of the air pollution, which affects a hell of a lot more of mankind than whales. Now, if you survive, go tell the Indians the same thing.

He's a genocidal media whore who thinks the world needs to stay at 1B people in total worldwide population and advocated a 'Logan's Run' sort of method of doing so. I think Mr. Watson should be the first to volunteer for the needle if he's so concerned about overpopulation.

Notice how he never tangles with the French. The French WILL put an Exocet cruise missile through that sparkling little ship of his with no thought about it. They've blown up a Greenpeace ship before and Watson knows it.
Last edited: Jun 12, 2011

Two DSGE agents went aboard and planted the bomb.

The French have also seized Greenpeace ships, mostly in Mururoa, where the French normally test their nukes. It's WAY the hell out there and nobody gives a crap about what happens out there except for Greenpeace.

People like to make jokes about the French being a bunch of cheese-eating surrender monkeys, but the truth, they do not jack around.

PFunk said:
http://en.wikipedia.org/wiki/Sinking_of_the_Rainbow_WarriorPeople like to make jokes about the French being a bunch of cheese-eating surrender monkeys, but the truth, they do not jack around.
Click to expand...

Pfft, that was over 25 years ago. What have the French done lately?