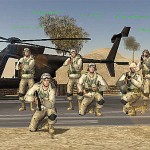 A long, long time ago, on a PC outdated years ago, I had my first real "team based" shooter experience... END_OF_DOCUMENT_TOKEN_TO_BE_REPLACED

I’ve been a die hard Call of Duty fan for the last several years.  I’ve heard the rumblings that Battlefield was a superior game however I’ve always viewed it as more of a PC game.  In 2011,  Battlefield 3 was released shortly before the annual CoD game.  Many gamers decided that they had to have both,  while some chose one or the other.  Looking at sales,  I was in the majority and chose just one title and that was CoD. Fast forward to Spring of 2012,  Battlefield 3 was on sale and I decided to pull the trigger and see what the fuss is about.  The first thing I noticed was the stunning graphics.  Visually the game is top notch.  DICE did a great job getting the most out of the Frostbite 2 engine.  The lights and darks really stand ... END_OF_DOCUMENT_TOKEN_TO_BE_REPLACED 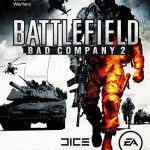 Battlefield: Bad Company 2 continues the story of "B Company", in the present or near future, and follows their actions trying to stop the Russian Federation from acquiring a weapon of mass destruction, codenamed: Aurora. END_OF_DOCUMENT_TOKEN_TO_BE_REPLACED