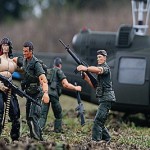 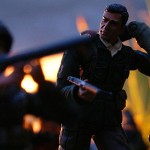 It’s that time of the Month again! Wait.. what? Oh.. right.. The theme for the January Banner Contest is Bring in the new year with a bang Here is a quote from Banner Contest runner Major Blood: “To start off 2013 the theme is to be used with an RPG, C4 or grenade explosions. There does not have to be an explosion per say as long as there is action including one or more of the weapons described.  Loading up a weapon cache is acceptable too but you better put some heavy explosives in there to get votes.” The Monthly Banner Contest has been one of the most successful and favorite features here on the Fighting 1:18th.  The contest started on our original site before the infamous crash of 2011.  For those that are new to the contest,  it’s very simple.  A forum ... END_OF_DOCUMENT_TOKEN_TO_BE_REPLACED