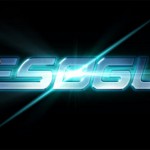 #Videogamereview #PS4 #Resogun We look at Resogun for the PS4 END_OF_DOCUMENT_TOKEN_TO_BE_REPLACED 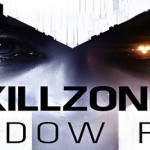 Does the final game in the critically acclaimed Resistance series live up to expectations? END_OF_DOCUMENT_TOKEN_TO_BE_REPLACED 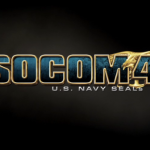 I have been a Sony loyalist for a long time now.  The major attraction that continues to draw me to Sony is the huge selection of Sony exclusive titles.  Somehow over the years I’ve continued to pass on a very successful series titled SOCOM.  A few months back that all changed. I was able to purchase SOCOM 4: US Navy SEALs at a discount price for $10.  I couldn’t pass this opportunity to finally experience a shooter that has a cult like following.  For those that aren’t familiar,  SOCOM 4 is a 3rd person tactical shooter. The single player campaign has you playing as Cullen Gray,  a NATO Ops Commander.  You lead a team of 5 soldiers against a entire army trying to take over a country in Southeast Asia.  At times in the campaign you switch to Forty-Five,  a Female Lieutenant in the ... END_OF_DOCUMENT_TOKEN_TO_BE_REPLACED

Resistance 2 was released in November 2008 and is the direct sequel to one of my favorite and best selling PS3 games.  The game picks up right after Resistance: Fall of Man.  You continue as American Soldier Nathan Hale fighting the alien race known as Chimera. Immediately after your fight in Europe,  Hale is extracted by a Special Research Projects Administration VTOL and brought to Iceland.  After surviving a Chimera attack,  Hale is introduced to a group of Special Forces known as the Sentinals. Sentinals are soldiers who have been affected by the Chimera virus much like Hale and have super natural abilities. As you continue through the story,  Hale gets promoted to Lieutenant and the Chimera invades the United States.  You will battle the Chimera all over the country including California,  Idaho,  Utah and Illinois. You will experience a ... END_OF_DOCUMENT_TOKEN_TO_BE_REPLACED 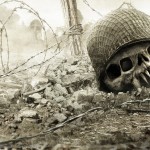 November 2006,  the Playstation 3 was released and a “system seller” came out along with it.  The first must have game for the new system,  Resistance: Fall of Man.  Resistance is a first person shooter that takes place in 1951. Glancing at the game,  you might expect this to be a World War 2 game but it’s so much more.  The setting and story is what attracted me to the game so many years ago.  In the 1930’s a alien race known as the Chimera land and take over Russia. By 1949 the Chimera have conquered Europe and are ready to completely take over the United Kingdom thus causing WWII to never happen.  Even though WWII never took place,  the setting is still relevant to world history. We were still focused on War and weapons during the 1940’s.  Only now ... END_OF_DOCUMENT_TOKEN_TO_BE_REPLACED 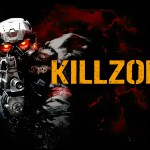 When Killzone 3 was announced,  Sony fan boys from around the world were ecstatic.  I was no different,  I placed my pre order right away,  went back and played some more KZ2 and watched the net for every piece of news and videos that came out. Finally in early 2011,  Killzone 3 was released on the Playstation 3.  The buzz around this “Halo Killer” was tremendous.  I purchased my copy at midnight and immediately started the Campaign. This First Person Shooter picks up right after the previous title as the Helghast and ISA are still at war.  The first mission has you playing as a Helghast guard as you walk through a weapons factory until you end up at the execution room.  You start to participate in the live execution of a captured ISA Captain until it’s revealed that you ... END_OF_DOCUMENT_TOKEN_TO_BE_REPLACED

I remember like it was yesterday,  it was 2005 at E3. One of the most fascinating video clips in modern gaming history was shown.  The graphics were the best I’ve seen.  The action was incredible.  It was being called the “Halo Killer” and a “System Seller”.  The game that was shown was Killzone 2. I didn’t know much about Killzone.  I knew it was a First Person Shooter and it was a Sony Exclusive and that was about it.  After seeing the epic footage of Killzone 2,  I decided 2 things.  Number 1,  I must get this game the day it comes out and number 2,  I must find some info on Killzone. The footage that was shown at the 2005 E3 received much hype.  Sony gamers were in awe.  Microsoft gamers were immediately saying that it wasn’t actual game ... END_OF_DOCUMENT_TOKEN_TO_BE_REPLACED 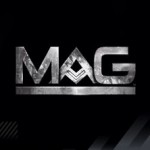 I remember when news first broke on MAG,  It was during E3 08.  I like many gamers were very excited.  It promised big things and a game on epic proportions.  When the game was released in early 2010,  it received decent reviews and had strong sales.  I was let down. Before MAG was released,  it went through several name changes.  One in particular was called Massive Action Game.  The game eventually just went with the MAG title.  Massive is a good word to describe the game.  It allows up to 256 online players at one time. MAG is unique in the way that you have no option for a single player experience.  This First Person Shooter is a online only game.  No Campaign,  no co op campaign,  just online fun.  I often think and feel like many other FPS games ... END_OF_DOCUMENT_TOKEN_TO_BE_REPLACED