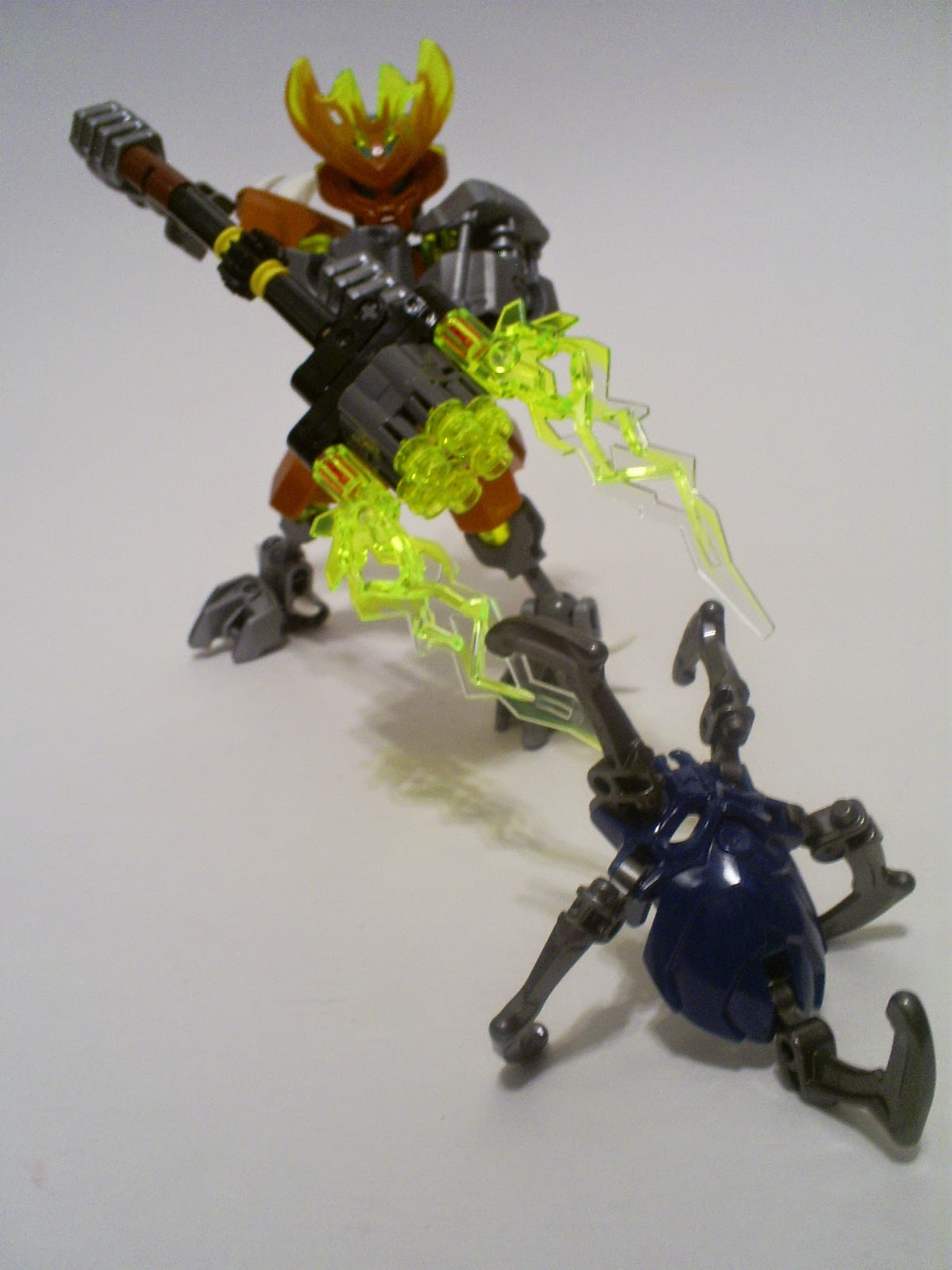 That's not to say the Protector of Stone isn't a great figure or construction set, because he most certainly is. The figure's incredibly high level of pose-ability can become quite mesmerizing and I found myself losing an hour just trying out poses and stances. Yet for all his flexibility, he's also a figure that's built to be played with. The pieces stay together well and there's no danger of parts coming off - although I would advise a degree of caution with his weapon, as it would be quite easy to lose the tiny energy studs it's capable of launching a long distance.

It's also s a shame that the Protector of Jungle is able to ship with a ''sealed'' back but the Protector of Stone does not. I know it's all about juggling cost versus design and that some corners have to be cut to include other elements but looking at the set I don't see - extra Spider leg aside - what's in this set that forced LEGO not to include an additional shell piece to complete his torso.

But that's all the comparisons done with and now it's time to move onto the positives - of which there are many.

This is a great-looking figure, with a neat color scheme, a cool, firing weapon accessory, a neat little enemy to battle and a level of pose-ability that puts most other figures to shame. You get all of that for $10, plus you can further customize and combine the figure in the super-fun tried and tested LEGO manner.

If you're a LEGO fan looking for something a little different from your usual City sets or you're somebody who digs robots, then you'll be sure to find a lot to like in the Bionicle series. And although I would recommend the Protector of Jungle over this figure, that's by no means a harsh criticism of the toy. The Protector of Stone is awesome. It's just the Protector of Jungle is marginally more awesome.

A great, super-fun build that results in a really cool action figure.