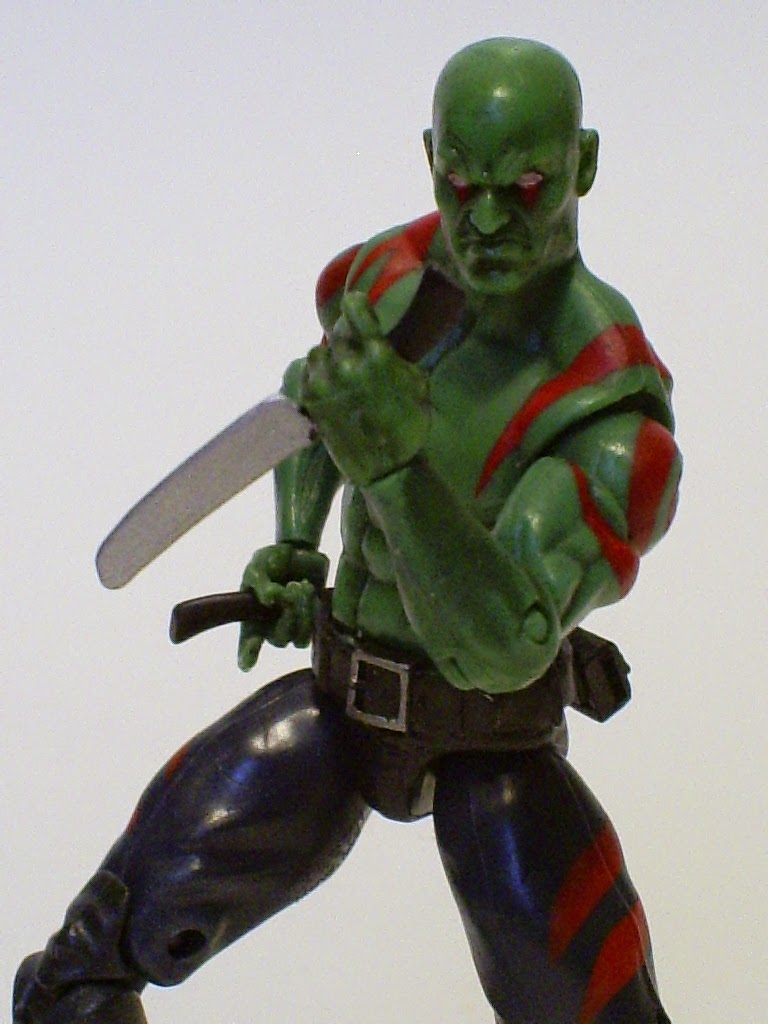 When this figure was first released Drax was a pretty obscure player in the Marvel Universe but, following last year's big screen adaptation, he's become a more mainstream character, meaning there are probably more collectors now interested in acquiring him. The question is, is he worth it?

Of the four Guardians of the Galaxy figures Hasbro has released at this scale, he's probably the one with the most crossover appeal, mainly due to the fact that he didn't undergo such a radical overhaul as Star-Lord or even Rocket did when being translated from page to screen. And as such, I can see him fitting into a lot of collectors' worlds. Comic fans will enjoy him as the comic version, whereas movie fans will see him as the movie version. So it's a win-win for both.

Fans of Drax or completists will be sure to enjoy this figure but if you don't fall into either category then this isn't a toy that's going to convert you to the Marvel line. With that said, though, there's a lot of nice detail and great touches to Draw that really do elevate it beyond many of the others in the Marvel Univere/Infinite line-up. I love that Hasbro went to the effort of including storage space for his weapons. It's a small touch but one I appreciate and that adds a lot of potential for neat poses. Hasbro has certainly done the character justice with this release and if you're a fan of either incarnation then you'll be very pleased with what's here.

I think the best thing I can say is that this is a really good Drax figure. If that's what you want, then look no further.