Time to bring to the table one of the more anticipated figures of this year, Marvel Universe Professor X! END_OF_DOCUMENT_TOKEN_TO_BE_REPLACED 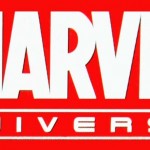 The much desired Marvel Universe Professor X has hit retail!  Professor X uses the same mold as the 2009 SDCC exclusive James McCullen figure that was available only at the convention in a 2 Pack with another Destro/McCullen figure.  Ever since the McCullen figure has been announced,  collectors have wanted the figure not only because it’s a great looking figure but for all of the custom possibilities.  With the rarity and short supply of the figure not to mention the cost,  the McCullen figure hasn’t been customized as much as collectors wanted too.  Several G.I.Joe lines have come and gone since the release of the exclusive suited figure and collectors have continued to ask Hasbro for a mass retail release of the mold with no response. Finally it was announced some time ago that a Professor X figure was coming to retail using the same ... END_OF_DOCUMENT_TOKEN_TO_BE_REPLACED