Right on, thank you. I had thought he was a Justice League Unlimited, but it is a Batman Series figure 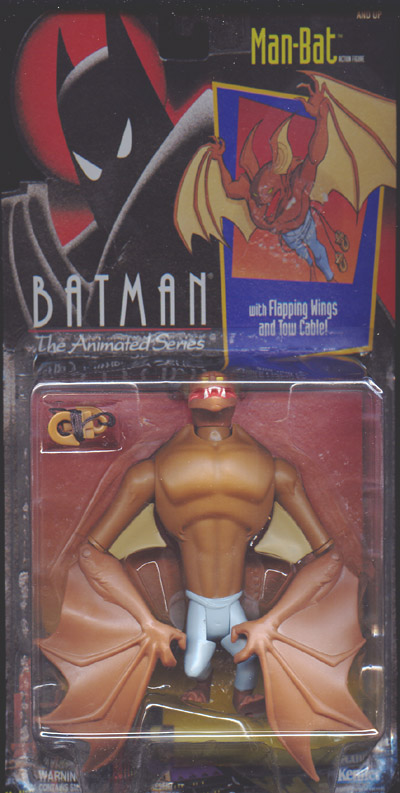 Here is a scale pic with that Batman Forever 2 Face. Using this picture with the other one I posted should kinda give you an idea of the scale.

I'd say that they will probably work pretty well.

I was just saying so you (The Archivist) could add him to the figures from lines that would work. Looks like his mold is the same mold from the Super Powers line, just without the articulated
knees.

I added him and a couple other figures I had queued up to add from some various batman lines.

Here is a better comparison picture

I've split the line into into 3 separate lines because they all had unique packaging and most of the 75th Anniversary figures were a better quality figure than the Crisis ones.

I am still updating the images but should have them all updated by the end of the week or so.

You can also just search Infinite Heroes to bring up all the figures from those 3 lines.

I have also update the post here to reflect the changes and also linked the all the other lines there.

Small but important update today. My wife has started adding some Javascript to the figure results page. Now the small pictures shown at the bottom of the screen can now be clicked on to display in the larger window next to the figure details.

At some point my plan is to take a bunch of scale pictures to highlight the size of a figure next to a common figure line many people have. Like Snake Eyes from GI Joe or Han Solo from Star Wars.

Here is a figure that is a good example of the new functionality.

Here are some screen captures of the figure results page.

The next item we are working on is to include another row of small figure pictures for other figures in the same line that can be clicked and you would navigate to that figure's results, and then another line of pictures that would show more figures for that character.

The line is limited to 20 images at the moment but the figure will display all other figure records. Iron man and Captain America load up quite a few images.

The best part though is that the thumbnails are clickable and will take you to the figure results page of the new figure.

Try it out and let me know what you think.

Saw this posted by Hiya

I saw that post too. They look really nice. I added them to the Archive.

On a side note, my wife also updated the home page on the Archive to include a wordpress blog.

I'll be posting 1:18 related news and such and will be doing a figure of the day kind of thing that highlights 1 figure and gives a little info about that figure and related links back to the Archive. I will also be doing posts of checklists that include some pre-written searches, similar to the "checklist" type posts I do here.

I have also started separating the vehicles into different types of species to give better results when searching vehicles.

Awww man, that's all I need. I've already got a fire team of Colonial Marines...I just need to fix their legs. If the Hiya versions are good, Lord help me.

Wonder why they went with ball hips instead of the t-bar they had been using?

If Hiya posted them then they should be 1:18. I don't recall them saying anything about doing other scales with their Alien line.

Joerhyno said:
An App would also be cool to look into in the future, with an option to save your own checklist(like a box that says, X HAVE or X WANT).
Click to expand...

We are currently working on user accounts now. The basic premise would be to be able to create a have list and a want list from the figures in the Archive.

We have the User system up and running in our test environment where someone can create an account and update some basic information, reset password, etc..

My wife is now working on getting the collection part working. It will be pretty simple to start with. Just a way to add removed figures from a have and want list.

Here is a rough mock up of what the My Collection page will look like.

The basic idea will be to log in and the figure details page will have a "have" and "want" check box that you can mark if you have or want a figure.

Then there will be a new link at the top called my collection or something like that where you will navigate to and it will display all the figures you have checked as have or want in their respective categories.

Right now I plan on displaying the following info on the Have and Want lists.
The figures will be grouped by line.
figure id
figure name
figure description
figure height
figure species
a notes section that you can enter notes about that figure (this will be done later)
figure quantity (the number of that figure you own)

Is there any other information that you would like added to this screen?

The My Collection page is coming along pretty good. Here is a more refined look of what it will look like.

Once she develops the add check boxes to the figure results page I can start opening up the registration so that you can create accounts and build you own have and want checklists. I'm going to have a cap of 150 on the amount of unique figures that can be added for a while during "beta"

So what do you think? any interest in doing this?

K-Tiger said:
Wonder why they went with ball hips instead of the t-bar they had been using?
Click to expand...

Maybe just trying something new? I have a few planned changes for my second figure.

Those ball joints are too easy to screw up.

Just added the 4000th figure to the Archive. Just under 1/2 way through the known figures...

Kept the Funko ReAction lines up to date along with the new Marvel Avengers 2 line.

Removed the INVICTA Challenge line since it is no longer 1:18.

We also added a couple new features to the figure results page.

Below the information about the chosen figure we added some similar figure results.

Other figures of the same character. This shows all figures of that character. I didn't want to cap this since there are only a few characters that have more than 20 figures anyway.

Other figures of the same species. This one is my favorite because it shows a bunch of different lines and characters to help spread the knowledge of 1:18 figures.

for example: the same page as above but using the FigTest page
1:18 Figure Results
We are heavily in development for user accounts that you could use to to track haves and wants across all 1:18 lines. Once that goes live I'll probably do a give-away of some sort to everyone that signs up and adds a couple figures to their have/want list. I don't really know the ETA for when that will be ready though.

The other big project we are working on is to re-vamp the whole Archive so it looks and works better. My wife is re-designing the whole site in bootstrap.
Here is the test page to get a feel of what it will look like. Test page

and as always I continue to add more lines and figures. We are up to 4350 figures now.

The search function is working now on the new test page and we change how the results are presented.

The buttons don't work yet but they should again fairly soon.

Here is what a Line search for BBI would produce. Oh and the thumbnail pictures are now links to go to the figure results page.

We rolled out the 1:18 Archive version 2 over the weekend.

So now you can create user accounts to track figures in a want and have list.
For now we have limited the number of figures that can be added to an account to 150.

I also added a new button on the main Archive page to see all figures that have been added in the past 30 days.

Any input for additional features is appreciated.

Blazed past 5500 figure records entered in so far.

A new feature we are working on is the ability to add line grouping. Once I have icons for each of the lines we will lunch this feature.

We added a new feature a while back that shows all figures that have been added to the archive overt the past 30 days.

Recently added figures to the 1:18 Archive

My wife just finished her master's program and started a real job this week so there probably won't be much in the way of new development anytime soon.

I'll still be adding new figures all the time. Just past the 6000 figure mark...

I'm working on building a portable light box to take better pictures with now that I have a new camera.

Rizzo was a test using it.

Started with a clear storage tote and added some LED string lights.
Here it is off. 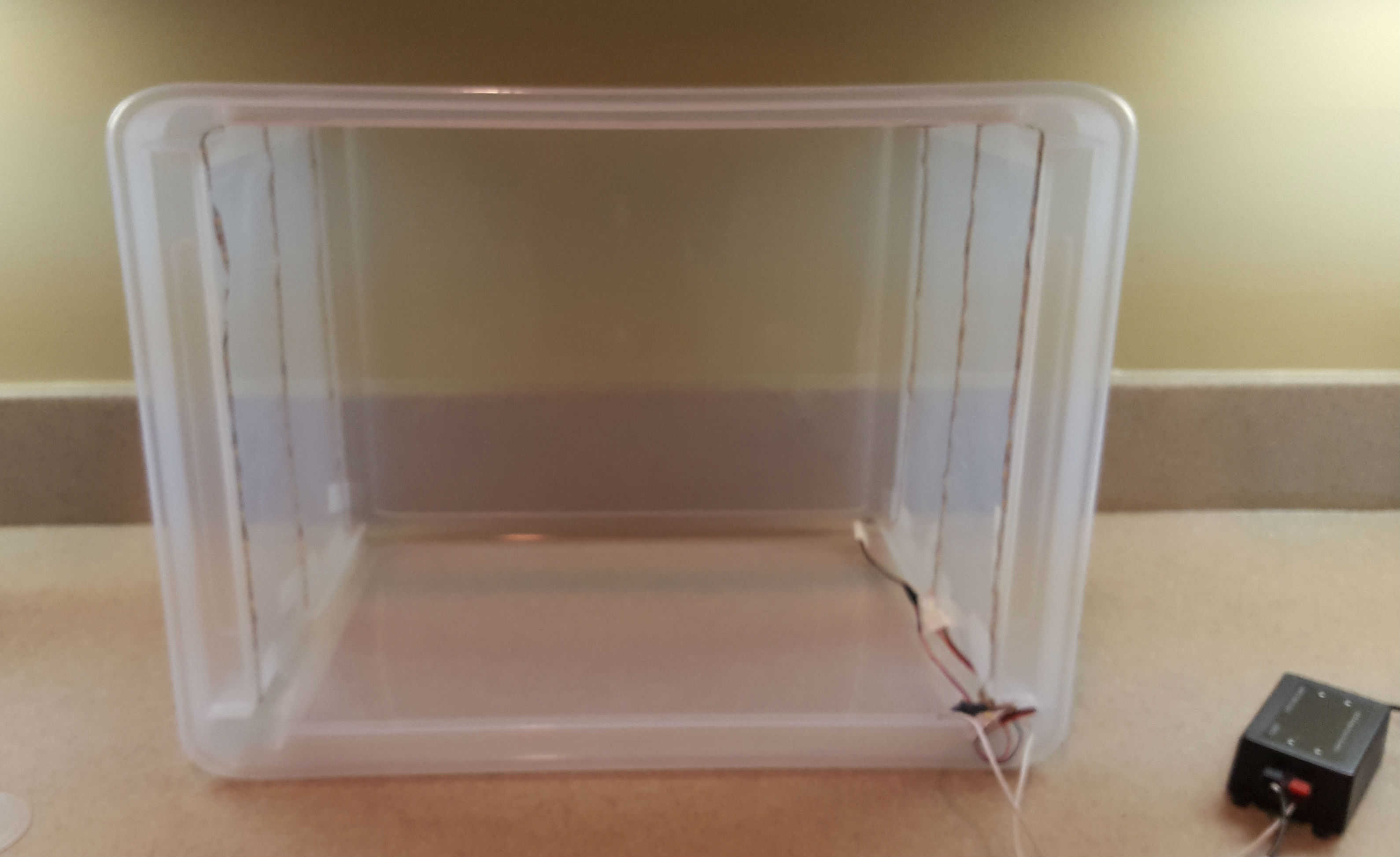 and with the lights on 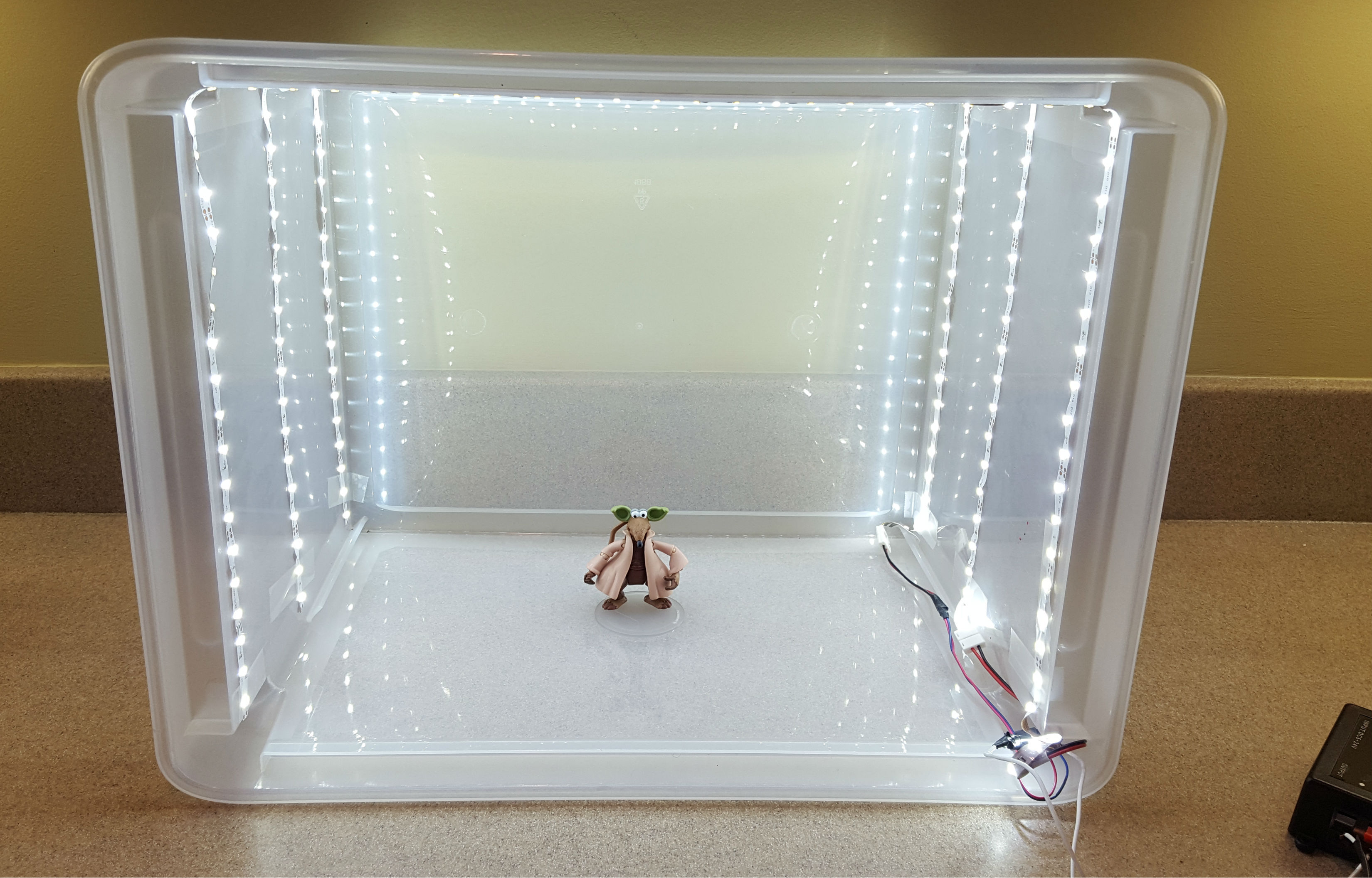 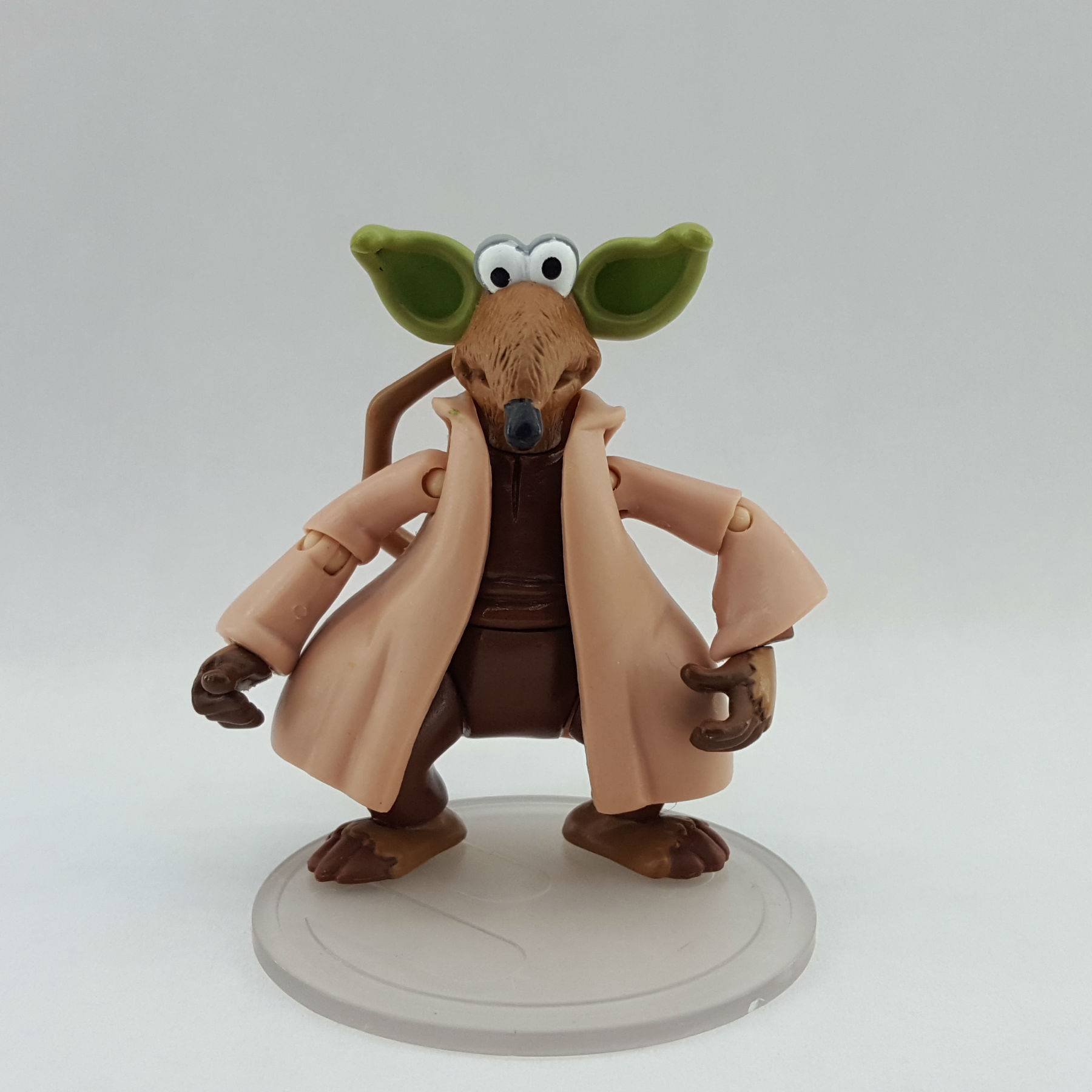 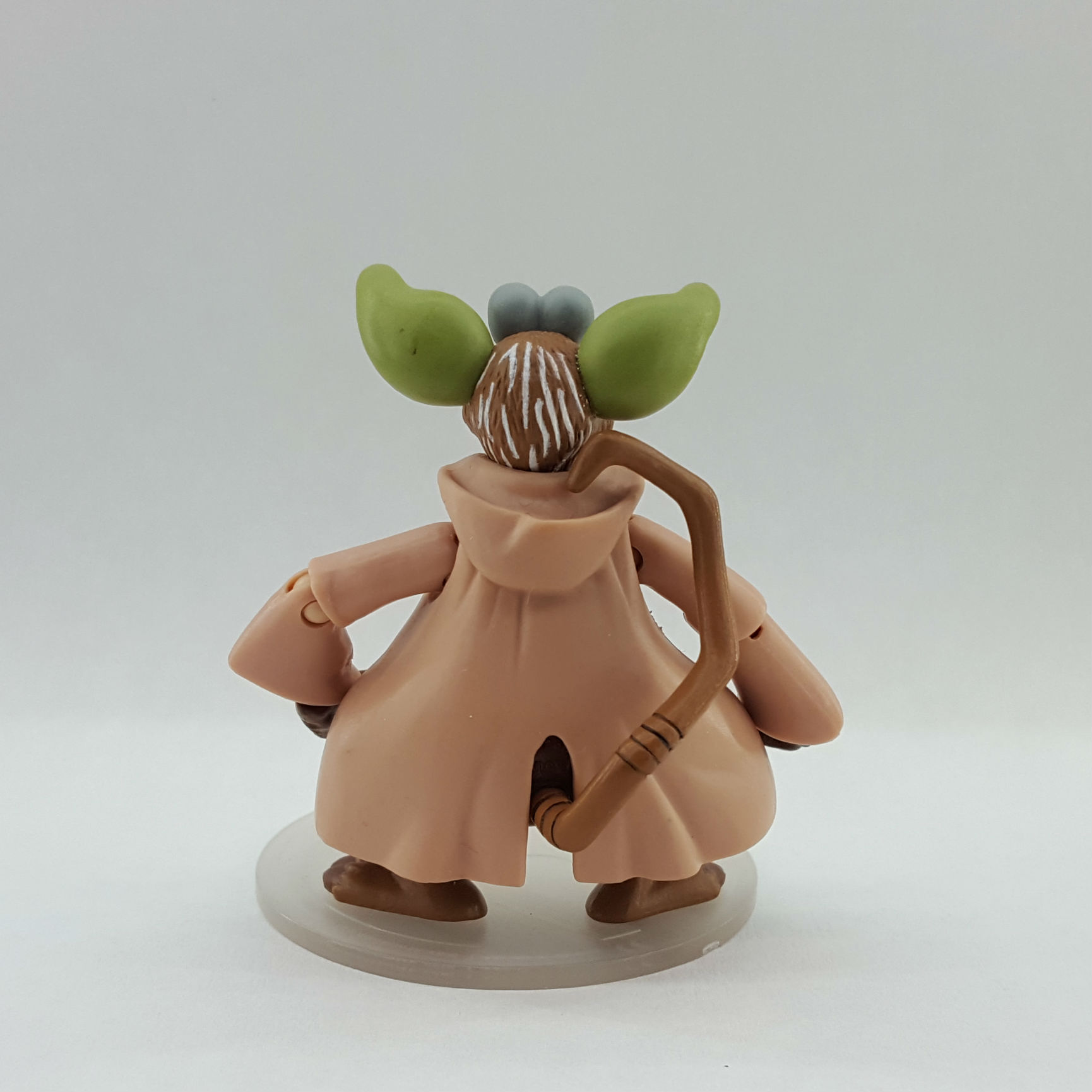 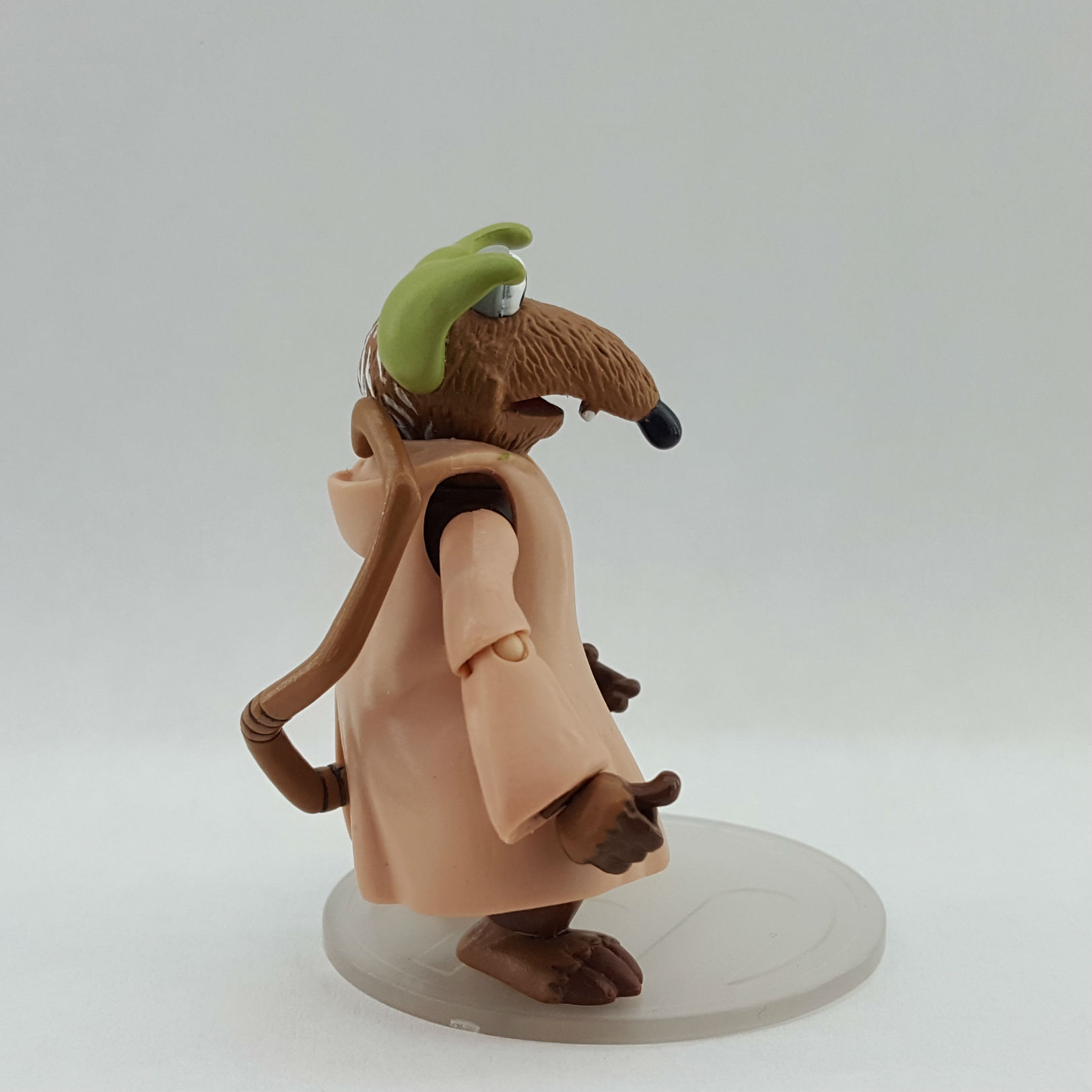 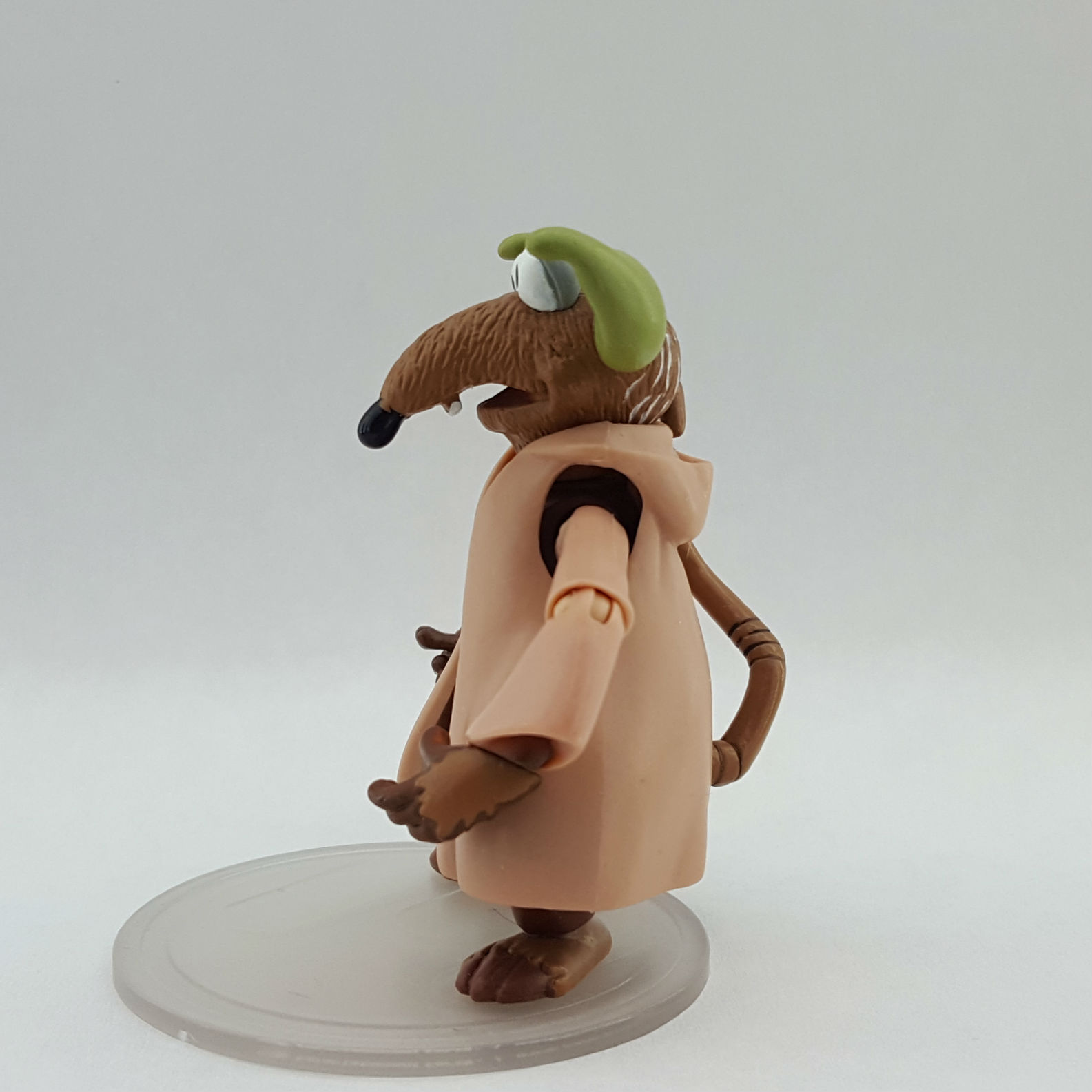 Same here. I need to do something similar.

CoreyD said:
Same here. I need to do something similar.
Click to expand...

I picked up the lights up off Amazon. 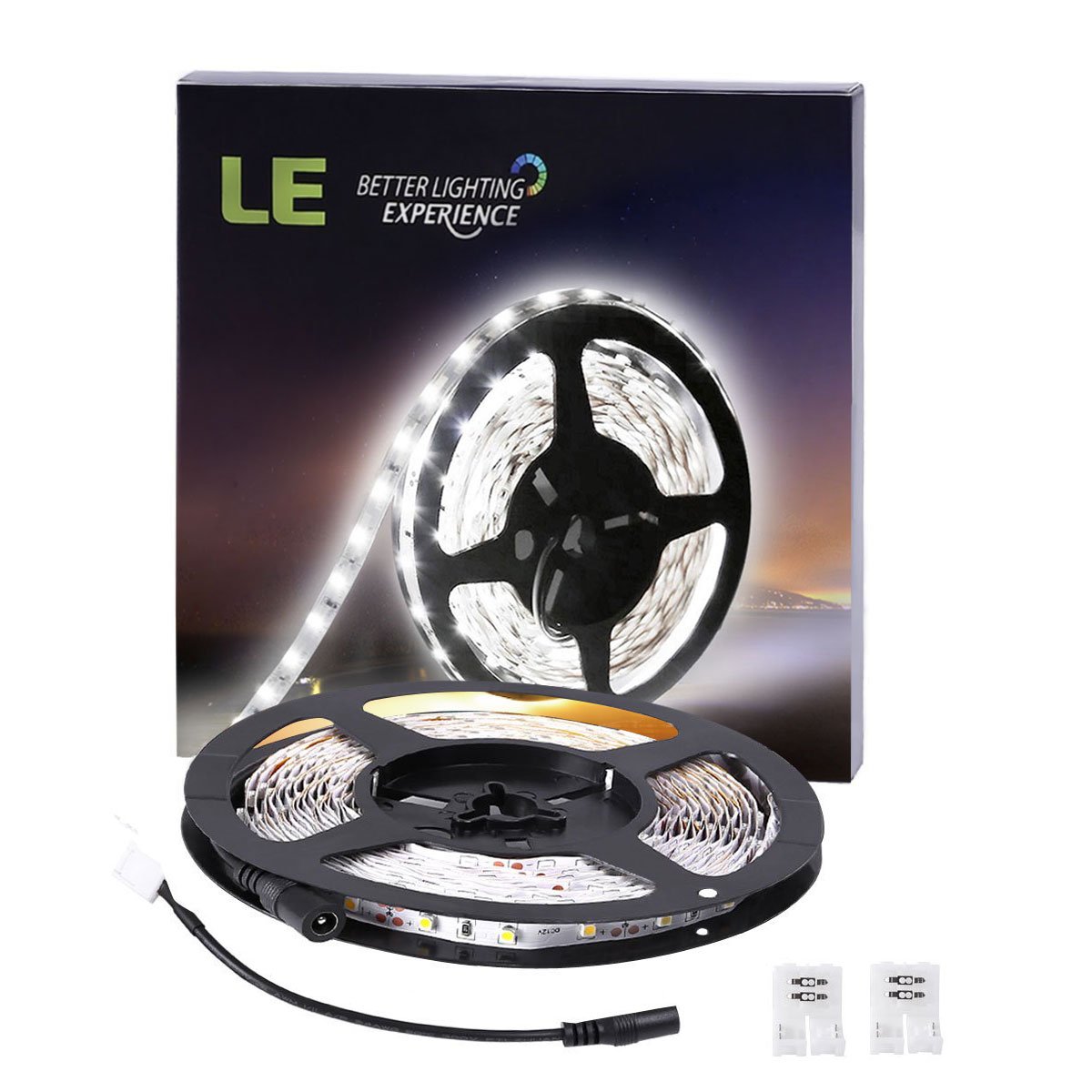 The have adhesive backing but it's not very good. I ended up putting a layer of modge podge over the lights to secure them better.

The next step is to put a lip in the front that I can insert different background colors in.

After that is complete I will add light diffuser sheets that will attach via magnets.

I have 4 different power options I am working on. I got the AC plug that amazon recommended. It is hooked up to a dimmer switch at the moment but that is for a bookshelf project I am working on.

I will also have a 9V battery setup, a car plug, and a USB power cable as well.

Great minds think alike. I am currently scrapping several diorama ideas I had in order to build a stage that will act as a lighting box / diorama & hopefully a good place to start animating stuff again.

These LED light will be perfect to augment the lighting system I already have.
J

This is awesome! Have been looking for something just like this.

The light box or the Archive?

I've actually seen a really cool idea that uses a cardboard box and tissue paper I was going to build for larger items.
Last edited: Jan 11, 2017

On the Archive front I wrote some queries for collections. I have started tracking my collection and can generate a pretty nifty spreadsheet.

Figure report from the Archive

I still have to run the query manually but plan to implement a report generator similar to the attached file.