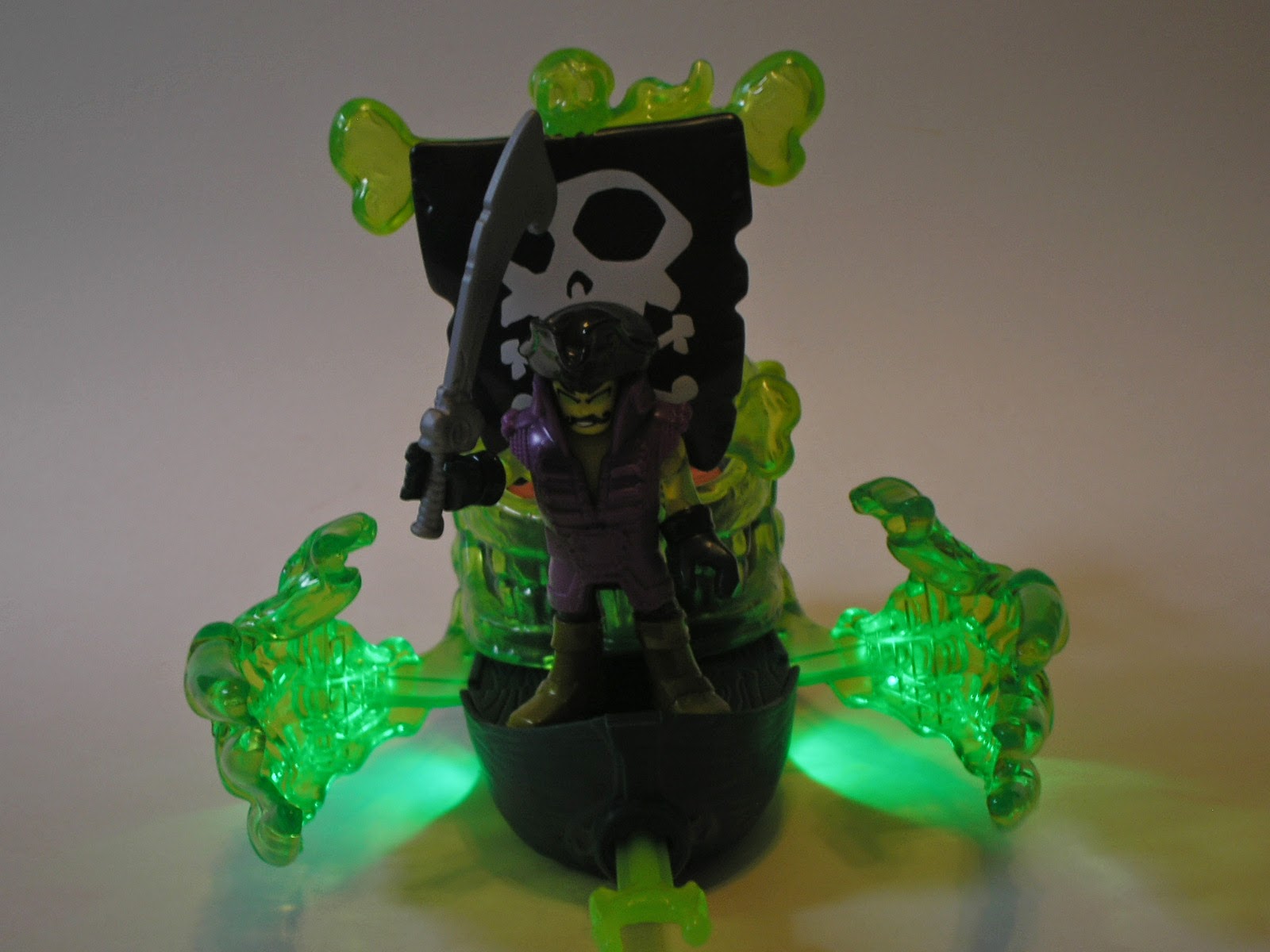 Final Thoughts
I've really enjoyed the Imaginext Pirate theme's previous releases. Whilst the ''normal'' pirates are fun, I found the Steampunk themed ones added a little extra depth to the line that really ramped-up the visual design and fun factor. Now, however, my love of the Steampunk pirates has been superseded by this new sub-theme. I absolutely love these new Ghost Pirates!

As I mentioned above, the Ghost Ship is exactly what you'd expect of a ghastly galleon. And then some. The skeleton-inspired design - and the fact that the pieces are cast from clear plastic - is a stroke of genius. I love that these pieces appear almost as apparitions around the ''core'' ship and the ghostly glow just sells it perfectly. Sculpt-wise, this is one of the best-looking things Imaginext has ever released. And then it lights up and the entire thing glows... Awesome.

From a play point of view, there's also a ton of fun to be had here. The pirate and his crab are great little figures and the ship includes plenty of features that will keep fans - young and old - entertained for an age. The combination of harpoon and grasping claws is such a fun feature that I can see kids loving it and, as an older collector, there's just something so fun about the way it all works. The fact that it then also glows is just the cherry on the top.

The Micronauts and Henshin Cyborg were some of my favorite toys as a child and I've always been a fan of clear plastic toys. Now Imaginext has taken their already great figures and vehicles and incorporated semi-transparent plastic into the designs. Not only that but - in this case - they've also added light-up features to truly showcase their phantasmal designs. And it works beautifully.

Quite possibly the best thing Imaginext has ever done. And that's saying something.