Base figure is a Baroness from the 25th line. I don't like how the sword is attached in the comic, it would be difficult to put on and take off. How I have it now is a simple peg-on as it was with the Snake Eyes figure it came off of...but I still don't like it, sits to high and gets in the way of the left arm.

I agree, but it's somewhat due to the bulk of the armored vest she's wearing. There's just not many Asian female heads out there to choose from, but I do have a Cho Chang that looks a little bigger that would work, I just have to sculpt some character specific hair on her, which I was hoping to avoid (Rose has the perfect hair!). I'll post a picture of that combo shortly and see what you all think. I also don't like using the baroness body.....makes her too tall for an Asian female, but again, there aren't many suitable sized bodies to use. I have a Jyn Erso body, but the armored vest looks huge on her, just swallows her up. I could probably cut it down and re-size it some, but again, I was hoping to avoid that much work. If only the baroness had been shorter, she would be perfect!

And in case anyone was wondering why there are two screws in there, that's to keep the harness in place, and once I dremel off the screw heads, I'm going to use the exposed "posts" to attach the mag pouches to.
Last edited: Mar 31, 2020

Here's a scan of what the character looks like for those that don't know.

If they make a Fennec Shand figure you'd be set.

Figure on the left, Jyn Erso body, modified armored vest. Doesn't look all that bad, but doesn't have that "tactical" look she has in the comic, but has correct height for country of origin. Rose head looks much better with it scale-wise.

Figure on right, Baroness with Cho Chang head, has nice tactical look to outfit, everything fits nicely, but probably too tall. Cho Chang head looks better with this one (held in place with putty) but needs changes to hair to make it look more accurate.

So I finally got around to finishing this, check it out.

The base body is a Baroness body from Rise of Cobra, head is a Cho Chang from Harry Potter with resculpted back of head and pony tail from Rose Tico, arms/hands heavily modified from a Jyn Erso/SW: Rogue One, feet are from the same figure. vest is from a Rise of Cobra Joe commando, ammo pouches were sculpted by me, sword and sheath are modified from a Snake Eyes figure, pistol is from a Black Widow (I think). Head-set is unknown. Harness/belt/pistol holder are modified from various Joe figures. I made these so they could be easily removed if she ever needed to be posed in a seated position. 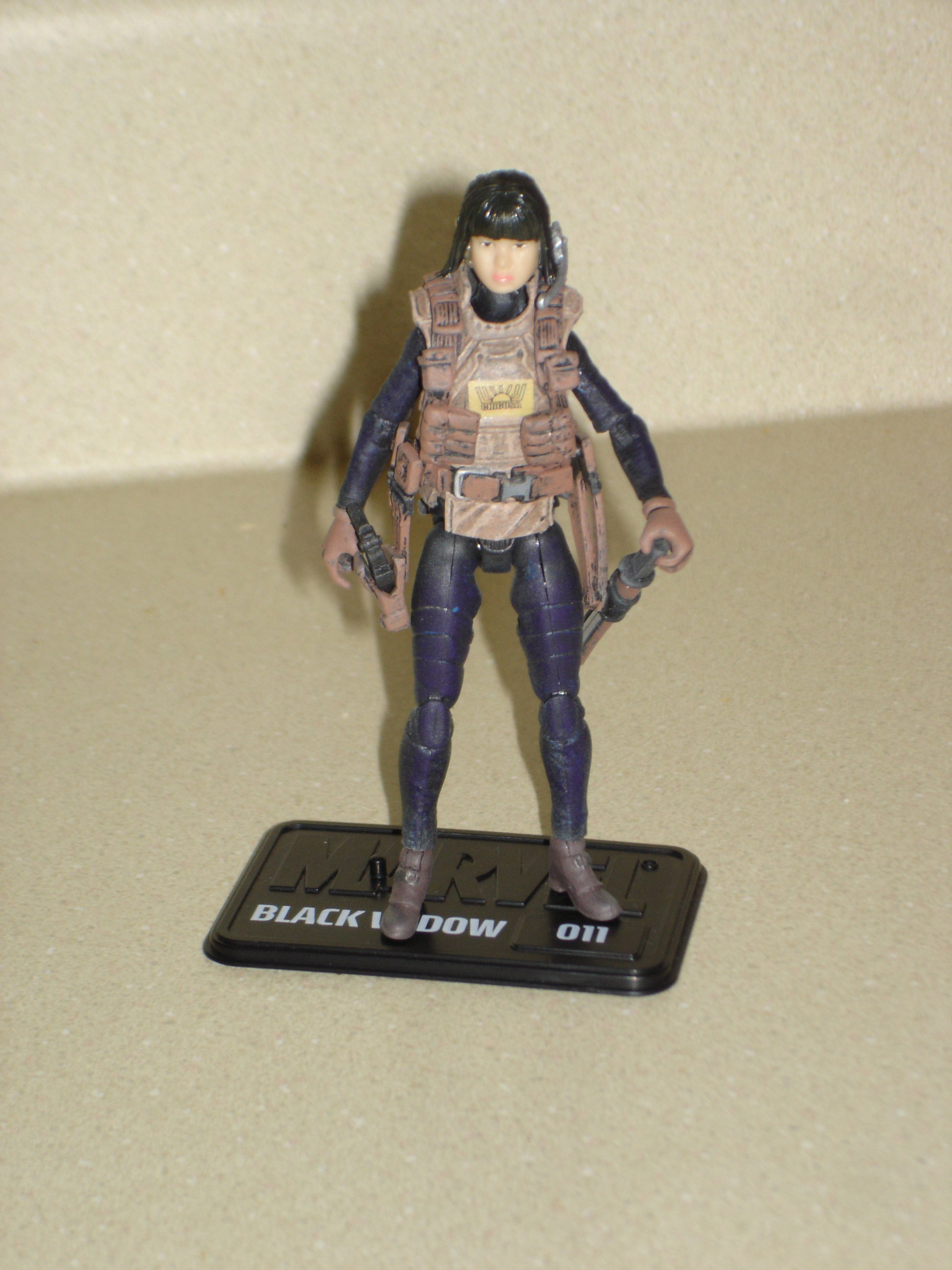 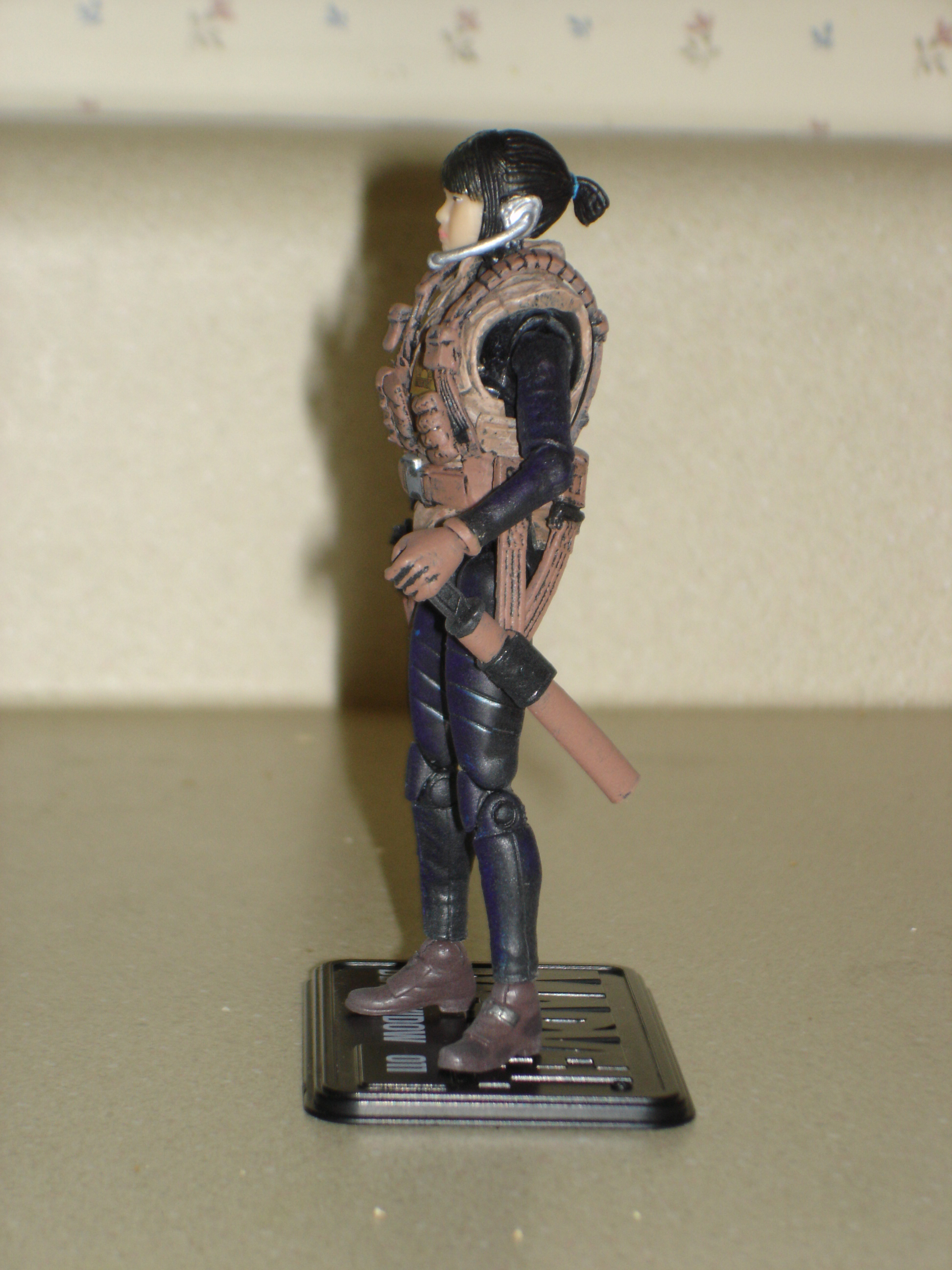 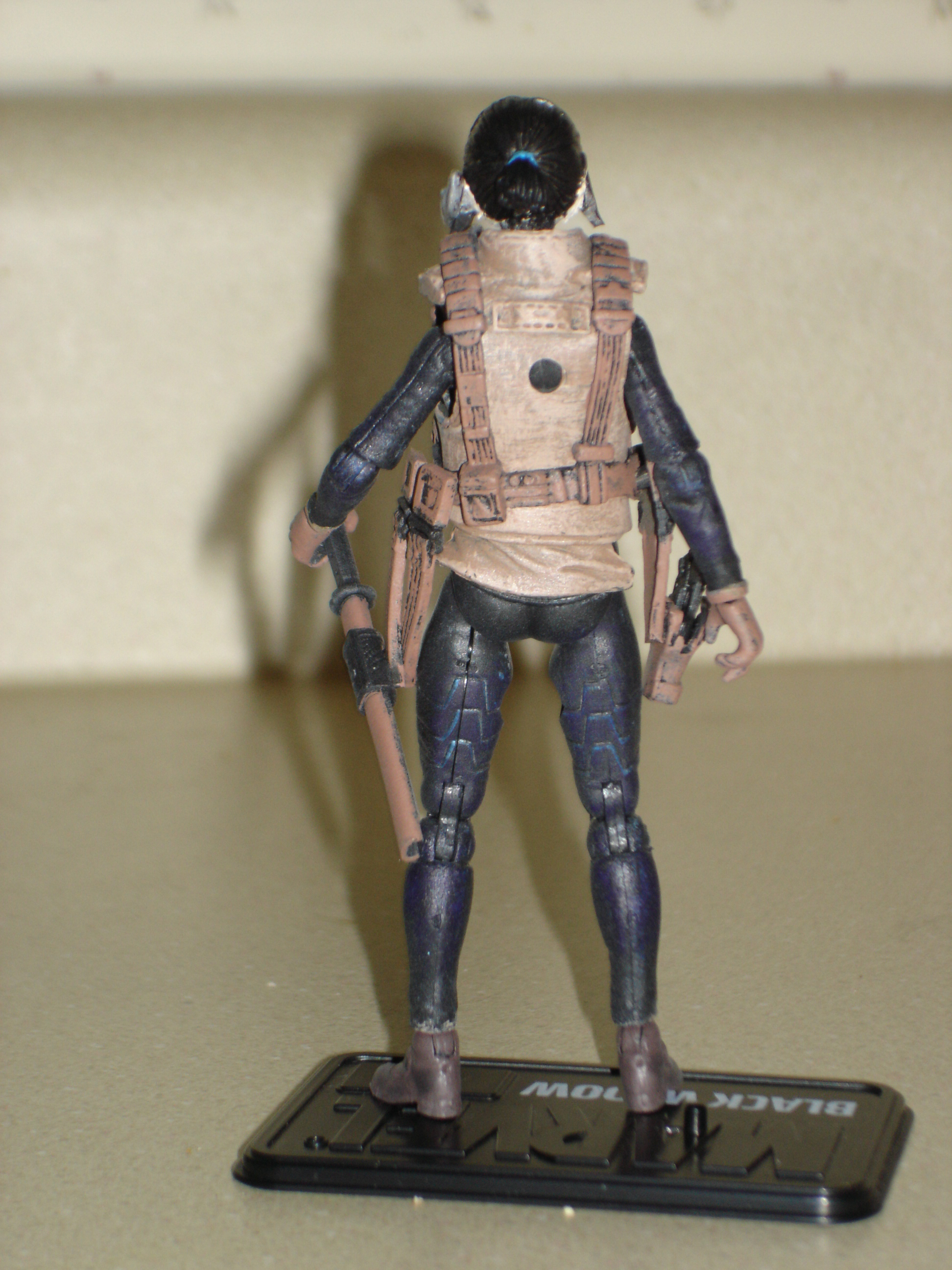 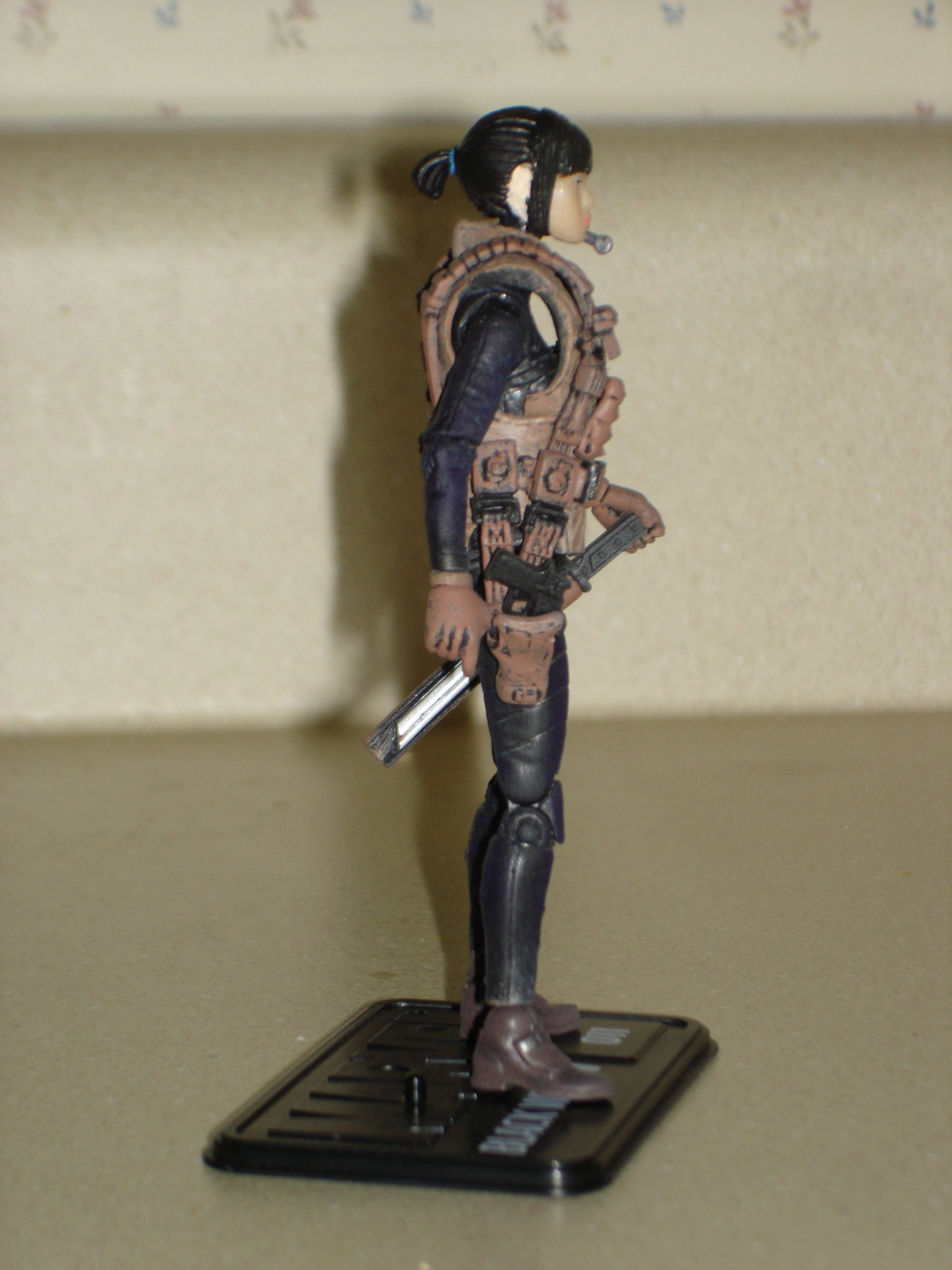 Looks much better and no Rose Tico face!